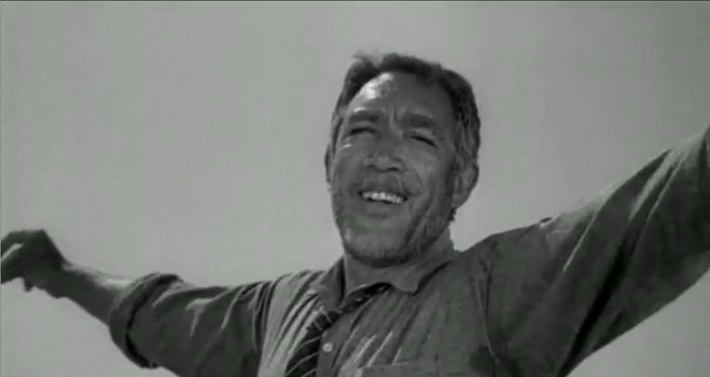 Ordinary Greeks are living in extraordinary times. In less than a month, after five years of extended misery looming all over the country, Greeks, all Greeks regardless of how they have voted in the January 25 election, changed attitude and swiftly became Zorbases.

See Also: Only Juncker can save Greece

Indeed, the attitude of the Greeks is now very similar to that of Alexis Zorbas who was happily dancing while watching his house burning. When he was asked why he was so happy, dancing while his house was in flames, he said, “I have never seen such a catastrophe in my life.”

This is the way the Greeks feel now and instead of trying to make them change their attitude, it would be better to realize that at this point the Greeks do not care less what may happen to them or to Europe and thus, intelligent Europeans, should work for damage control.

Financial markets are also a complex system as they are composed of banks, stock markets, regulators and others, all different, interconnected and adaptive.

Complex systems are unpredictable yet robust. They can produce large events and they can suffer severe traumas yet maintain functionality and can bring amazing novelty. However, and this is the setback of all complex systems, they are subject to bottom up developments with unpredictable consequences.

This is also the problem of Europe with Greece. Europe can easily do without Greece and it might do even better while maintaining functionality. Out of 28 Member States with half a billion people, the loss of one Member State of ten million non-disciplined contesters, fixated with the idea of democracy because they have invented it, makes no difference. On the contrary, might bring relief.

However, political change is a contagious disease and the European south is ready to bring into power governments similar to the new Greek government. In most Member States, even the more conservative governments are wondering whether financial discipline should be abandoned, giving an end to austerity and bringing to Europe a new wind of development and wealth.

Change is the mindset of the Europeans and only a few are resisting.

The Greeks are speaking only politics because it is the only argument they can manage. The Eurogroup, insists on asking for figures, a concrete proposal with numbers and explanations.

The argument of the Greeks is simple and human.

The people of Greece are in a prolonged deepening starvation. Greece has 40% unemployment, 50% decrease in salaries and pensions, 30% consumer prices increase and 30 suicides per day, These are the figures the Greeks can present and all Greeks are convinced that their European partners have their share of responsibility for this falling-off.

Germany wants at any cost to maintain austerity because this is the only way to keep the whole of Europe under their economic and political control. If Europe is liberated from austerity by printing money, deregulating the markets and reducing taxation, in matter of months European economies will flourish and Germany will lose its predominant role in Europe.

At this point, the Eurogroup is in a Catch 22 situation.

Germany, in order to maintain control over the Eurozone and the EU has either to force the Greek Prime Minister Alexis Tsipras to his knees on broken glass to pray and humiliate him, or, if he does not (and seemingly he will not) penalize Greece with the ultimate punishment of kicking it out of the EU and the Euro.

If nothing of this happens and Greece wins the Brussels battle, in less than two years time the entire Europe will have a left turn starting from Spain with the Podemos Party and continuing with France where a far right and far left coalition is ante portas and will continue with Italy and the rest. This, considering how complexity works, is something that will not be avoided, no matter what.

That will be the end of the German hegemony in Europe and Berlin will attempt to avoid it at any cost and by any means. Therefore, marginalization and isolation or humiliation of starving Greece will remain the only options for the Eurogroup.

Yet the Greeks, seem that they do not care and they are ready for everything including the return to the drachma. Greece is now in the constellation of Alexis Zorbas The Zorbas syndrome is the manifestation of the will for a change and is already affecting Europe.

Back to our initial argument on complexity, The European Union can afford to lose Greece without jeopardizing its functionality. However, as Europe is at the edge, Greece may (repeat may) act as the “strange attractor” (the catalyst) that will trigger the “bottom up” developments and will structurally change Europe once again.