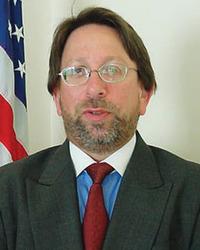 North Macedonian Prime Minister Zoran Zaev fumbled badly this week when discussing the relationship between his country’s now-frozen EU accession bid and the standing legal requirement to fully implement the solution to the Name Dispute with Greece, the June 2018 Prespes Agreement.

The Prespes Agreement includes much detail on transitional arrangements, with numerous provisions allowing for a five-year implementation period. While many implementation problems had been considered during the hectic 2018 negotiations, there seems to have been little provision made for the precise eventuality that Skopje now faces, a freeze on EU accession imposed by another EU member state (France) while the Prespes Agreement and all its obligations remain in force.

Zaev has a well-deserved reputation for making headlines that provoke neighbouring countries through repeated misstatements of facts, although usually this concerns the status of his countrymen, who are largely defined as “Macedonian” in the Prespes Agreement and most of the time there is an election in the offing.

In this instance, Zaev allowed himself to be drawn into a debate that had emerged in Skopje before the EU Summit concerning the relationship between North Macedonia receiving a date to begin EU accession negotiations and the implementation of the Prespes deal.

Zaev made the case in an interview with Euronews that EU accession and implementation of specific provisions of the Prespes Agreement were intertwined and one could not move to fully implement Prespes without specific chapters of the EU accession negotiations having been launched.

Complicating this, local media outlets and some opposition politicians had been highlighting the fact that Zaev’s government had worked energetically on implementation of the Prespes Agreement deal with Greece even before the EU Summit resulted in a major disappointment both for North Macedonia and Albania, thanks to French opposition to immediate enlargement. Accordingly, claims were made that Zaev left his country overexposed vis-a-vis Greece in the event that EU accession is further delayed.

Athens got his attention

Although Zaev was not the first North Macedonian to raise this concern, his Euronews interview created immediate problems with Athens and concern was expressed elsewhere. NATO Headquarters reportedly asked Athens to work to keep the tones low.

Greek Foreign Minister Nikos Dendias took a rather careful approach, noting on October 29 that Greece would closely monitor North Macedonian compliance with its Prespes obligations. Dendias also said “Mr. Zaev is once again taking advantage of the inherent problems of the Prespes Agreement which we knew and had already warned about. The deal has already yielded results and Northern Macedonia reaps benefits as the road to NATO integration has been opened.” Dendias also took a swipe at SYRIZA for signing last year what New Democracy has long considered a flawed agreement, while still attempting to market the Prespes Agreement as a major accomplishment.

Following Dendias’ reaction, Zaev attempted to backtrack in a press conference on October 30 stating the 2018 deal with Greece would be fully implemented. “We are definitely going ahead with the implementation of the Prespes treaty. The EU chapters are part of it. We are successfully working on the objections which arrived from the Greek side as well as those which we noted ourselves. We expect that the Greek side will also take concrete steps, such as replacing the road signs. The intent is to send an undeniable message that the Prespes treaty needs to be implemented in full, because it brings us a strategic partnership, gains for our new friend, our southern neighbor, and opens a lot of perspectives.”

Zaev also explained the reasoning behind his latest pronouncements. “Our intent was to send a message to the EU, and not to the Greek people or politicians, that they need to pay attention to the need to open our accession talks as soon as possible. We amended our Constitution, the changed name is being used everywhere, is part of the daily life. I’m sorry the opposition is not using it, that sends a very serious message, that it is disobeying the Constitution and what would happen if they assume power? They will immediately provoke two, three new vetoes. God forbid that happens.”

In a joint press-conference with Zaev in Rome on October 29, Italian Prime Minister Giuseppe Conte said that his country would continuously support North Macedonia and that it would work to find a formula to start EU membership negotiations for the country.

Conte said North Macedonia had shown courage in terms of resolving open issues. Thanks to that courage, in Conte’s view, North Macedonia will soon be joining NATO. Conte added that North Macedonia should unquestionably be allowed to move closer towards Europe. Conte explained however that this doesn’t mean immediate EU integration, but only after negotiators have worked through the required 35 chapters.