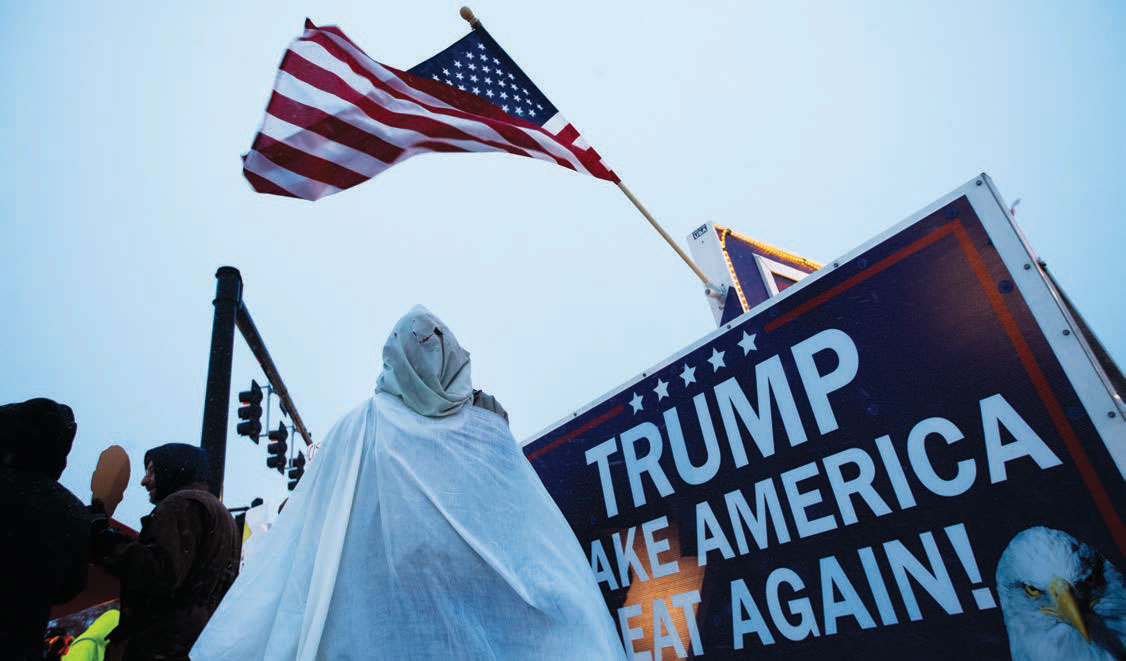 USA – NEW YORK– The recent American election demonstrated once again the extreme power of identity politics in this most diverse of countries. 2016 saw white straight Christians, the most sensitive to perceived slights to their identity of all American demographics, reassert their influence over our political processes by coalescing behind a candidate who promised to address the perceived slights they have experienced in recent years. Thus, in both the general election, and to an only somewhat lesser extent in the Democratic primary, we saw once again that the USA is a country where the division between white straight Christians, and everybody else remains acute.

According to the New York Times exit poll, for example, Donald Trump won 58% of the white vote, and less than 30% of African American, Latino, Jewish, Asian or LGBT voters. That 58% understates Trump’s support among his white Christian base as most Jews and many LGBT voters identify as white as well. So, among his white straight Christian base, Trump won comfortably more than 60% of the vote. Significantly, these numbers are not dramatically different that what we saw in 2012, but the tenor of the campaign was. Trump won those voters despite, or more accurately because, he ran the most bigoted campaign in modern American history. Instead of using code words he called Mexicans rapists, urged his supporters to beat up African American protestors and ran campaign ads that drew on the oldest and most murderous of anti-Semitic tropes. He did not quite accuse Jews of killing Christian babies for their blood, but more or less accused us of being part of an international banking cabal aimed at hurting “real” Americans.

While it is significant that the Republican Party candidate made explicit a race based appeal with which many previous Republican nominees have flirted, the candidacy of Bernie Sanders is a more troubling example of the rise of white identity politics in the US. From the outside, Bernie Sanders looked like a left of center candidate trying to pull the Democratic party in that direction.

While there is some truth to that, another reality of the Sanders campaign is that he was a racially polarizing figure, winning votes almost entirely from white voters while barely campaigning in African American communities or in states like those in the deep south where the Democratic Party is dominated by African Americans. Ultimately, and predictably, that was not enough for Sanders to win the nomination, but both his progressive politics and racial division within the Democratic Party are part of the legacy of his campaign.

Once Sanders lost the nomination he gracefully endorsed Hillary Clinton and worked to help her against Donald Trump. Now he will return to the Senate as a progressive conscience, or perhaps gadfly, but will not have a great deal of influence. Donald Trump, of course, will be the next President of the United States; and the legacy of his racist campaign is now central to American political life.

Since the election, the US has become a place where many people are afraid that because of their country of origin, skin color, sexual orientation or faith, they will now face increased discrimination or even violence, while a perhaps equally large group of people is committed to the idea that there is nothing to fear. The latter group, not surprisingly, skews heavily white, straight and Christian. This is not a recipe for stability or reconciliation after a campaign that was divisive even by American standards. President-elect Trump’s decision to elevate noted racist Steve Bannon to a senior position in the White House, continued complaints about imaginary election fraud, implicitly by non-whites, and failure to squelch all talk of institutionalized discrimination against Muslims demonstrates that Trump has no interest in bringing the country together, but rather sees racial division as the engine of his political support.

Kvetching about the state of American democracy after Trump’s victory is unavoidable and also important, but on its own not very helpful. For Europeans, however, recognizing that things in the US have changed and that the US may well be entering a period of, in the context of the last 50-70 years, unprecedented political instability is essential.

It is equally critical to recognize that while there will be traditional Republican hawks with input on Trump’s foreign policy, there will be others such as National Security Advisor Michael Flynn and Trump himself who have articulated a very different vision of America’s role in the world from the one to which our allies in Europe and elsewhere have become accustomed.

It is a cliche, and usually not a very useful one, to assert that the post World War II order is crumbling. Those structures have always looked a lot stronger from the rear view window and in the eyes of foreign policy establishment from Brussels to Washington than in the reality of many conflicts, interventions and wars over the last seven or so decades. Nonetheless, the election of Donald Trump has the potential to be a major turning point for the west. The US has elected a President who won on a platform based on pushing back against the increasingly diverse reality of the US in a deeply polarizing election, who is wildly unprepared, contemptuous of democratic processes, and who ran on views that are well out of the mainstream of foreign policy thinking. It would be too hasty to conclude that this means the US will radically change its policies with regards to Europe, NATO and Russia, but it would be even more foolish to conclude that Trump will somehow magically regress to the foreign policy mean.