What’s Brexit worth to May? 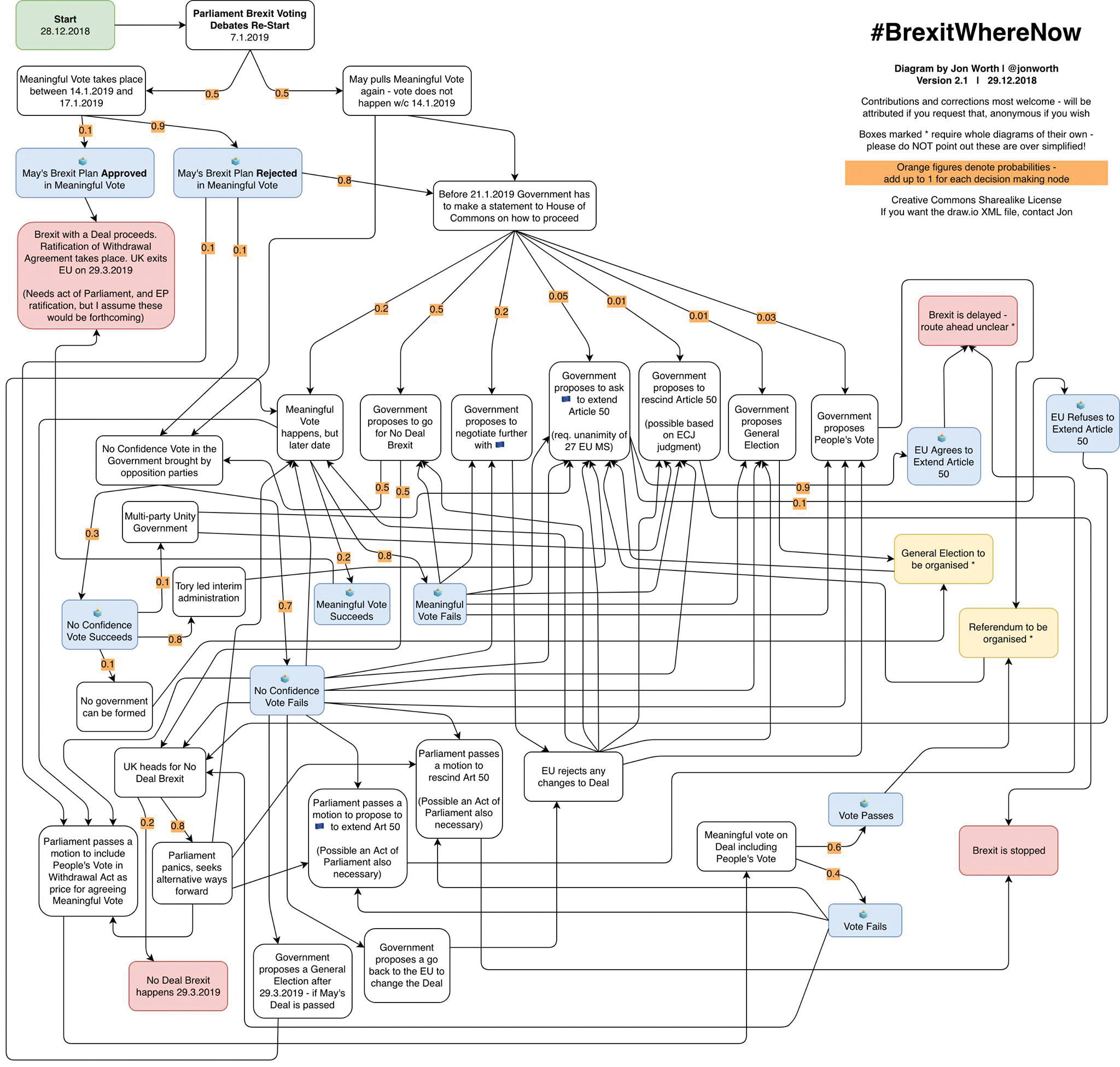 Benedict Cumbatch is starring in a new Brexit movie that is out on Monday 7 January. It’s premiere on the UK’s Channel 4 is being followed by a US airing by HBO two weeks later. The Brexiteers are angry things aren’t going their way and the Bremainers are angry they’re not getting a second referendum; everyone’s angry and everyone is anxious about what is going to happen.

EU affairs connoisseur Jon Worth took time out over the Christmas break to map out the possible scenarios. In the chart above, you can see the four different endgame possibilities in red in each of the four corners. But apart from where we are now, and where we can possibly end up – to journey to Ithaca is to dive into the abyss of uncertainty. 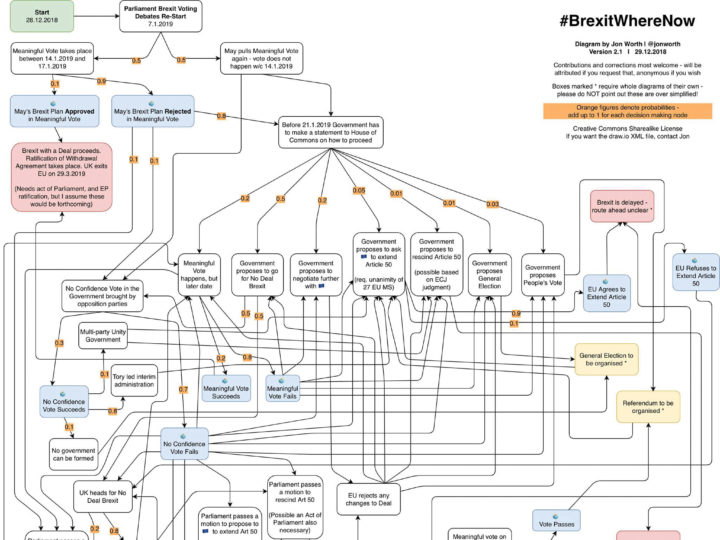 Worth has attached probabilities (in orange) to each possibility in the early stages – and they don’t seem unreasonable. While the snakes and ladders map is complex, what is even more difficult is to factor in the variable of time – that is running out.

With the increasing possibility that the UK government will likely be forced to ask the EU for an extension of the negotiation period (likely to be tied to some kind of vote or political event), leaders of European member states are starting to ponder what they can ask for to secure the unanimous vote is successful.

For example, Greek Prime Minister Alexis Tsipras would be unfaithful to his people, if he did not request the UK give back the Parthenon marbles in exchange for his consent to extend the Article 50 2-year period. And that’s little Greece. Who knows what other countries could ask for. If we do end up with a multitude of bilateral compromises, Theresa May will have to decide what Brexit is worth to her.