What Putin’s new citizenship initiative would mean for Ukraine 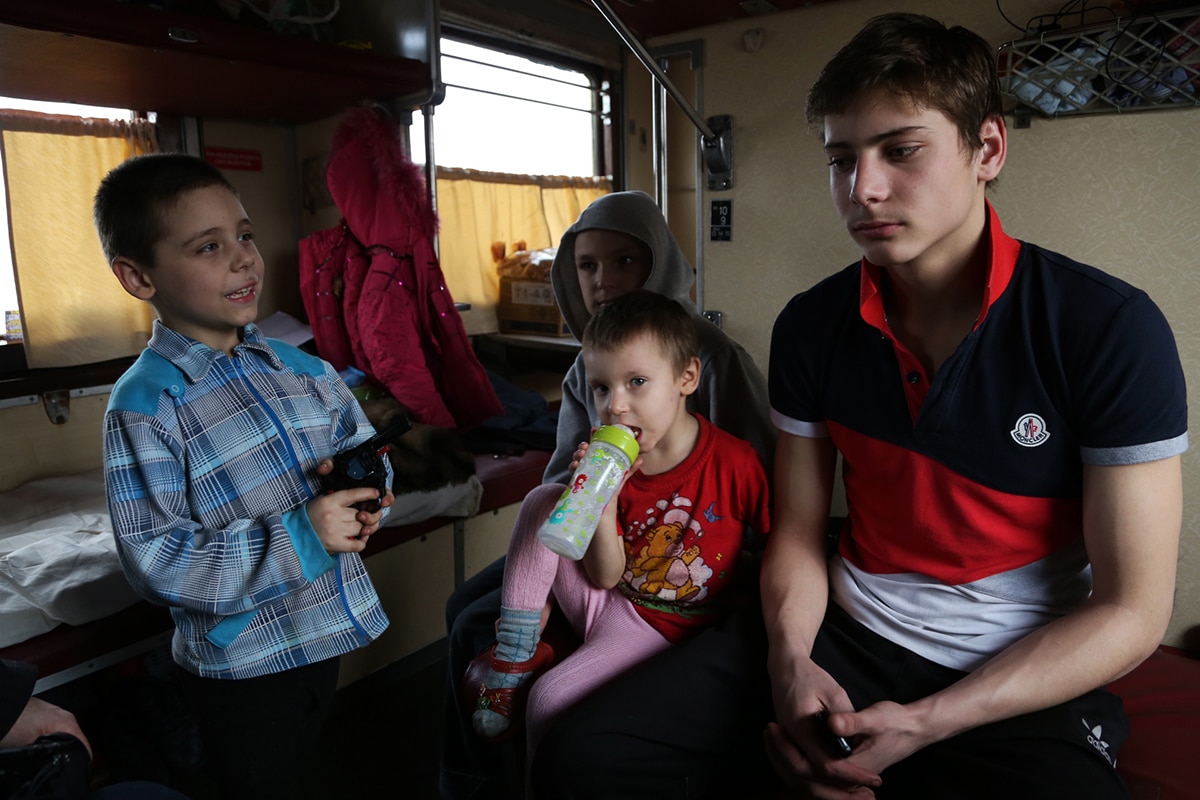 Since the recent presidential elections ended in a landslide victory for Volodymyr Zelensky some signs of a possible political and economic revival have been noticed in Ukraine. The very electoral victory of the Zelensky team over Petro Poroshenko signalled the sharp disappointment of current politics and a massive call from Ukrainian society for a total reconstruction of the country.

The most popular demands are peace in the country, as well as an economic and social revival, and the normalisation of a sound domestic and foreign policy.

All of those requirements are reflected in Zelensky’s team which has now been named after the new president’s popular satirical television show – the Servant of the People. This means that the new president and, hopefully, Ukraine’s parliament and government, will be in place to tackle the public’s demands after snap elections take place in late July.

This is giving most of the country a sense of hope that it hasn’t had for years.

Despite these expectations, positive results remain not so obvious. This is partially explained by the sharp political divisions inside Ukraine and the country’s stagnating economy, but foreign interference still remains the most powerful negative factor in Ukraine’s reality.

Despite a major reduction in its ability to sway Ukrainian public opinion since 2014, residual Russian influence remains strong due to Moscow’s occupation of several districts of the Donetsk and Lugansk regions, as well as the whole of Crimea.

Even today, more than five years after fighting began in Eastern Ukraine, the Russian Federation is hastily moving to fundamentally transform the facts on the ground in areas that are under either their direct control or are administered through their local – mostly Stalinist and neo-Soviet – collaborationist proxies.

In both areas, they are taking steps to make irreversible gains when it comes to fundamentally influence local politics, the economic situation in each occupied region, and the local demographics – all at an ultimate structural cost to Ukraine.

Putin’s proclamation was primarily aimed at those individuals who live in the so-called Donetsk and Lugansk People’s Republics – the two internationally unrecognized puppet states in Eastern Ukraine that have been under the Kremlin’s control since April 2014.

The Kremlin had originally declared the Putin’s decree was meant “secure their freedoms and rights”, in reference to Donetsk and Lugansk, but later Moscow later amended its decision and Putin publicly declared that he would make it easier for all Ukrainians to become Russian citizens.

This initiative by Putin and the Russian authorities violates countless international laws, including UN Security Council Resolution #2202, which was specifically referenced in the internationally brokered 2015 Minsk Agreement, that was supposed to end the war. Putin’s directive specifically takes aim at Article 47 of the 5th Geneva Convention, which specifically makes reference to depriving those who inhabit the occupied territories of the Donbass of their Ukrainian citizenship rights.

Furthermore, the Kremlin’s decision makes a mockery of the Minsk Agreement as it blatantly ignores the EU’s demand that Russia stops its aggression in Eastern Ukraine.

Moreover, Putin’s decree bares a hidden threat to the concept of Ukraine’s national sovereignty. Judging by the experience of the 2008 Russian-Georgian War, one might easily recall that Russia will never shy away from using the full scale of its power, including its armed forces, to protect Russian citizens who live outside of Russia’s borders – even if that use of force completely and utterly violates both the security and territorial integrity of independent sovereign states.

The creation of a mass of Russian passport holders from the local Ukrainian population would create the perfect pretext for Moscow to launch a full invasion of Eastern Ukraine to protect what would certainly be a small minority of people, but who are now “their” citizens.

Even if this possibility remains just a potential threat, it would play a major role in the way Putin would apply pressure on Kyiv to acquiesce to Russia’s demands during any future negotiations when mapping whatever the potential relationship between the two countries will be for years to come.

Moscow is also using the pretext of easily granting Russian citizenship to Ukrainians as a way to combat the Russian Federation’s still negative demographic statistics, which, like all other former Soviet republics, has sharply declined since the collapse of the Soviet Union in 1991.

This generally happened in Russia, as well as all around the former Soviet Union, because of the very low birthrates in most of the 15 former republics, mass immigration abroad to places like the US, Europe, and Israel, and the harsh social conditions of the post-Soviet 1990s.

The Kremlin is likely hoping that a huge influx of ethnic Slavs from Eastern Ukraine into areas of the Russian Federation where the population is in serious decline, especially its Siberia and the Far East, will help improve the country’s demographics while giving Putin a chance to boost his sagging popularity after two decades in power by importing a group of people who would then be perceived as being personally thankful to him.

But what would all of this mean for Ukraine? It would be the absolute opposite result than what Russia hopes for – the exodus of highly qualified engineers and skilled workers. This would endanger the future revival of Ukraine’s industrial capacity, which is of the utmost importance for the restoration of the country’s economy and social system.

By essentially robbing Ukraine of its skilled labour force, Zelensky, or any subsequent Ukrainian government, won’t be able to enact measures that would help bring back to life the country’s massive manufacturing potential, particularly in the areas of technologically advanced goods that include its famed rocket, aerospace, machine tool, and shipbuilding industries.

Moscow would be able to use this labour force to accomplish the Kremlin’s key economic strategy of replacing its lost population with a socially acceptable group of imports who would then help make Russia even more immune from any future trade, economic, or political sanctions that could be imposed by the West.

In simple terms, this would make Russia an even more complex threat, not just to Ukraine, but for the European Union as well. The less vulnerable the Russian economy is to the West’s sanctions and the more power and influence that the Kremlin can wield in Ukraine creates the conditions whereby it would be impossible for any Ukrainian government to achieve the national consensus it would need to bring the country ever closer to Europe and to the Western institutions that it so deeply desires to be a part of.

A resolute and consolidated reaction by Europeans is essential if the West is going to help Ukraine thwart Putin’s citizenship initiative and thereby prevent even bigger, and potentially far more dangerous problems, in the future.