Samantha Power was the United States permanent representative to the United Nations from 2013 to January 2017. 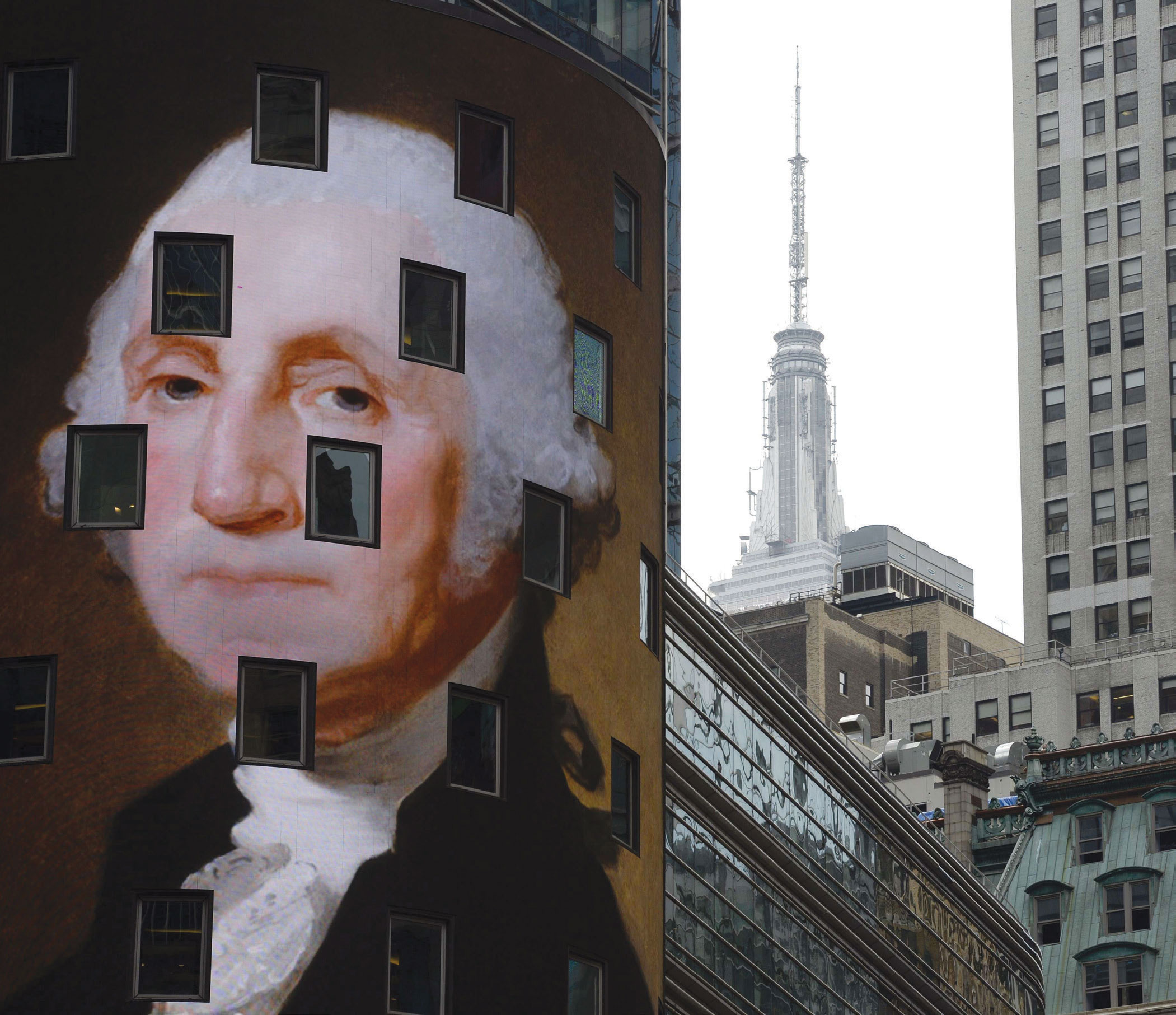 When George Washington gave his Farewell Address in 1796, he urged the American people “to be constantly awake” to the risk of foreign influence. In the wake of Russia’s meddling in the 2016 election in the United States, the president’s warning has a fresh, chilling resonance.

The debate in the United States about foreign interference concentrates on who did what to influence last year’s election and the need for democracies to strengthen their cybersecurity for emails, critical infrastructure and voting platforms. But we need to pay far more attention to another vulnerability: our adversaries’ attempts to subvert our democratic processes by aiming falsehoods at ripe subsets of our population — and not only during elections.

In the Cold War era, Soviet attempts to meddle in American democracy were largely unsuccessful. In 1982 Yuri Andropov, then the K.G.B. chairman, told Soviet foreign intelligence officers to incorporate disinformation operations — the so-called active measures meant to discredit adversaries and influence public opinion — into their standard work. They had an ambitious aim: preventing Ronald Reagan’s re-election.

Soviet agents were instructed to infiltrate party and campaign staffs in the United States in search of embarrassing information to leak to the press, while Soviet propagandists pushed a set of anti-Reagan story lines to the Western media. Ultimately, they failed to influence the election: President Reagan defeated Walter F. Mondale, winning 49 states. Margaret Thatcher, who was similarly targeted, also won re-election in a landslide. What exactly has changed since then to make foreign propaganda far more dangerous today?

During the Cold War, most Americans received their news and information via mediated platforms. Reporters and editors serving in the role of professional gatekeepers had almost full control over what appeared in the media. A foreign adversary seeking to reach American audiences did not have great options for bypassing these umpires, and Russian dezinformatsia rarely penetrated.

While television remains the main source of news for most Americans, viewers today tend to select a network in line with their political preferences. Even more significantly, the Pew Research Center has found that two-thirds of Americans are getting at least some of their news through social media.

After the election, around 84 percent of Americans polled by Pew described themselves as at least somewhat confident in their ability to discern real news from fake. This confidence may be misplaced.

The sheer quantity of shares that misleading stories get on Facebook is staggering. Using a database of 156 election-related news stories that fact-checking websites deemed false, economists from New York University and Stanford University determined that these false stories had been shared by American social media users 38 million times in the three months before the 2016 presidential election.

Russia has keenly exploited our growing reliance on new media — and the absence of real umpires. Last year the Russian government supplemented the growing reach of its state-owned, English-language media outlets — RT and Sputnik — by employing a network of trolls, bots, and thousands of fake Twitter and Facebook accounts that amplified damaging stories on Hillary Clinton. Russia appears to have deployed similar measures in Europe. Hackers’ attempts to influence political outcomes in France and Germany have received significant attention, but interference has been widespread. In Bulgaria, cyberattacks believed to originate from Russia have hit the country’s electoral commission, while in Sweden, Kremlin-funded media outlets have been accused of fabricating stories to rally public opinion against NATO membership. Russia has had time to refine these strategies in the oft-overlooked disinformation campaigns that accompanied Russia’s military incursions into Georgia and Ukraine, and the now-familiar mix of trolls, bots and state-sponsored journalism was also used in attempts to deflect responsibility onto the United States for the 2014 downing of Malaysia Airlines Flight 17. In the United States, the vulnerability to foreign influence is exacerbated by divisions within the political establishment. During the Cold War, the larger struggle against communism created a mainstream consensus about what America stood for and against. Today, our society appears to be defined by a vicious form of “partyism” affecting Democrats and Republicans alike. This divisive environment can make the media more susceptible to repeating and amplifying falsehoods.

These days, the walls of our media echo chambers are so soundproof that, even after President Vladimir Putin’s well-documented interference in the United States election, and his many offenses in Ukraine and Syria, his favorability among Republicans rose substantially between 2015 and President Trump’s inauguration, from 12 percent to 32 percent.

Most worrisome, many Americans are questioning not only whether they are obtaining objective facts — 60 percent believe news stories today are “often inaccurate,” according to Gallup, a major increase from 34 percent in 1985 — but also whether objective facts exist at all. The sense of an epistemological free-for-all provides an opening to all comers.

Another reason for concern is that in 2017 any well-financed actor — political campaigns, companies, foreign governments — can harvest data (location, age, gender, likes, shares) on its target audience, personalizing messages to suit the taste of those it aims to reach and employing this customized propaganda to skew the political debate. Kremlin-linked ads have likely reached millions of Americans, and some were geographically targeted.

Because of the attention to last year’s Russian election meddling, there is a risk that going forward we will be inclined to “fight the last war” — mobilizing our defenses with a focus on Russia or on the next election cycle. But we must be on our guard toward all adversaries at all times.

At the height of its military successes, the Islamic State was releasing 38 pieces of news and propaganda on social media daily, the majority of which was used to attract potential recruits by falsely, but persuasively, depicting utopian life in ISIS-held territory.

The bipartisan Alliance for Securing Democracy, meanwhile, has begun tracking and exposing Russia’s extensive disinformation efforts in the here and now. For example, the alliance documented how on the same day in August when Mr. Trump signed a bill imposing significant sanctions on Russia, the top story promoted by Russian-associated Twitter accounts concerned Hillary Clinton’s links to foreign arms sales. More recently, the alliance showed how Russia-linked accounts promoted alt-right conspiracies about the violence in Charlottesville, Va., as well as stories that slammed those — like Senator John McCain — who had criticized Mr. Trump’s equivocal response.

This new dashboard is evocative of a series of special reports by the United States State Department that in the 1980s sought to undermine Soviet fake news by exposing Moscow’s attempts to influence the American public.

It is a testament to our times that it now seems unthinkable that the State Department — much less the president — would publicly call out the misinformation being spread. But now that there is a genuine risk of foreign powers who, in George Washington’s words, “practice the arts of seduction, to mislead public opinion,” it is incumbent on the rest of us to enhance our vigilance.