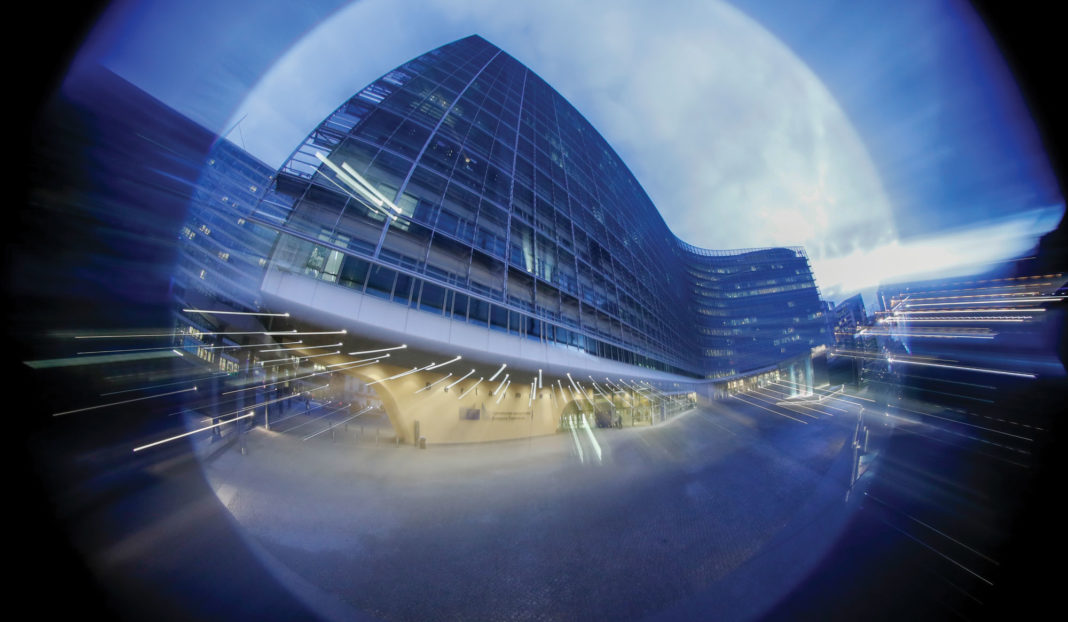 Or is it just the Greeks?

Cut off the head of the snake, and the body will die, the old adage goes. In the European Commission, the process is a little bit slower than that. The start happened, when Martin Selmayr, went from being Secretary-General and captain of the cruise ship that is the European Commission, to Head of its Representation in Vienna. At that moment, it seemed Ursula von der Leyen was making a necessary sacrifice in order to guarantee her acceptance by the European Parliament, but even this relatively early hindsight suggests otherwise.

Von der Leyen came from the outside, as did her most trusted people, so it’s not clear why she would not want to use an already in place network of people in key position, loyal to the European Commission and the governing structures. Martin Selmayr spent years carefully vetting the people who were promoted across the institution, to make sure they were loyal to the hierarchy and to the EU, and did not try to market their power within the system to any third party’s benefit without the agreement of the powers that be. A nearly impossible task as von der Leyen and her top brass will undoubtedly find out.

Selmayr became hated by many within the ranks for imposing a structure to the power at all levels of the European Commission hierarchy and imposing rules, and more importantly control over as much of the system as he could. The Commission, as we have written before, should not have autonomous pockets of power that do as they please, but instead operate under a clear structure where accountability can be traced from the top to the bottom and vice-versa.

But instead of Von der Leyen coming in and trying to work with the system in place, gradually seeing what changes are necessary and at what level, strategic removals quickly started; initially, with carefully selecting who makes the transition, and then targeting specific officials thought to be part of the Selmayr system.

Paraskevi (Vivi) Michou, was the first to lose a critical position, having the position of Director General of Migration and Home Affairs portfolio swiftly taken away from her, practically overnight.

Next came the tragic case of Irene Souka, who was not only cast aside, but it was found necessary to spin the story in a way to try and shame her in the press. Souka has been giving her life to the EU since 1980.

We’ve (semi-jokingly) heard that somewhere in the Berlaymont is a pinboard with pictures of Selmayr and all those that were seen to have been part of his network. There’s at least two big X-marks going through more than just the two aforementioned women’s pictures already. Certainly some people never made it through the transition, and it remains to see who comes next…

Kassandra has been asked whether this attack is more about the women’s nationalities than there relationship with Selmayr. In the case of Michou, it seems that Commissioner for Home Affairs Ylva Johansson is said to not be the biggest fan of… Greeks… but in reality as a new Commissioner, this decision was way above her head though her approval and insistence made things much easier. That said, the added “loss” of Margaritis Schinas, and Gerasimos Thomas, from the top levels of the Commission administration hierarchy, has left Greece much less reach within the institution in terms of sheer volume.

Greek (but not Selmayr-related) Bonus question

Kassandra keeps getting asked, if a certain someone, was (already) having an affair with their ultimate boss when they were appointed (last term) to one of the most prestigious posts the EU machinery has to offer. Kassandra shrugs at these questions, but a body like OLAF might not…

We want to make the EU better than it is. So cleaner than it is. Whether it’s a tender, a promotion, demotion, or any kind of abuse, If you see cases that should not stand within the institutions, please email us at k(at)neweurope.eu.