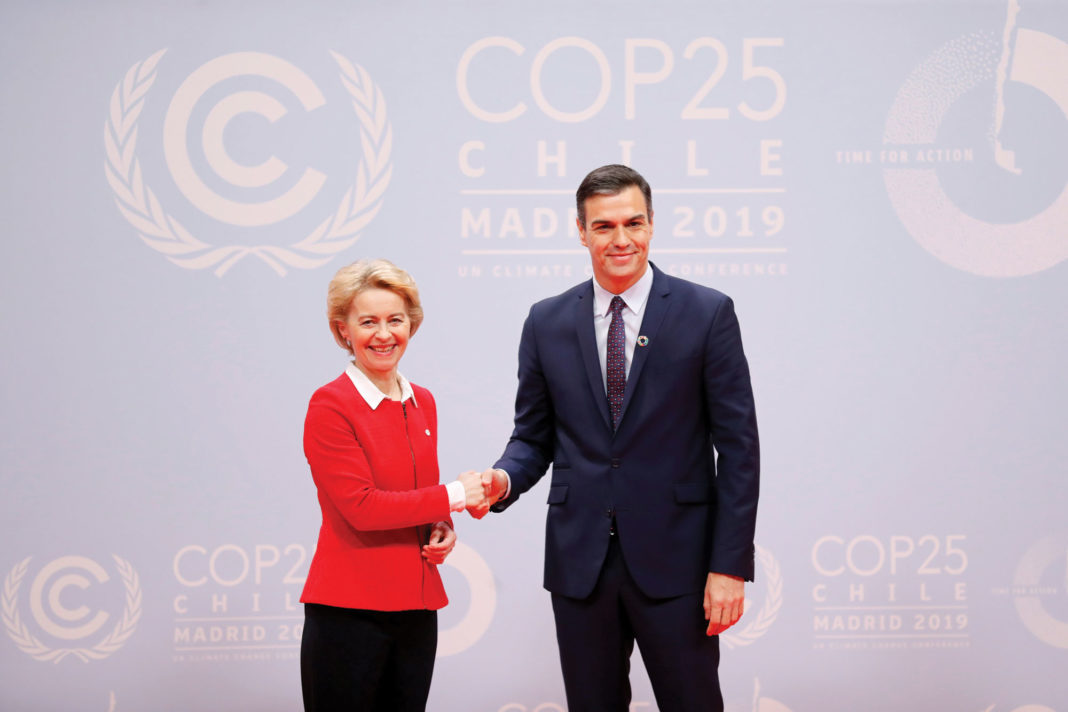 Madrid has been hosting since 2 December until the 13 December, the UN Climate Conference COP25, under the Presidency of the Chilean Government, where more than 50 world leaders are into the climate debate.

COP25, initially planned to be held in Chile, was moved due to civil unrest asking for greater social justice in the country. The summit is considered as a preparatory meeting for the 2020 conference where many nations will need to submit new climate action plans and boost their efforts. In the COP25 kick-off, EU Commission’s President Ursula von der Leyen announced that the European Commission will present the European Green Deal on 11 December. “Our goal is to be the first climate neutral continent by 2050. If we want to achieve that goal, we have to act now, we have to implement our policies now. Because we know that this transition needs a generational change,” von der Leyen said.

The Green Deal will be officially presented on 11 December, while more ideas will be put on the table and the deal in the Communication – a kind of road map – will be adopted. The cornerstone of EU’s challenging climate deal is making Europe the first carbon-neutral continent by 2050. This does not mean that the EU will produce no carbon dioxide emissions at all, but that it will be emitting next to no carbon and offsetting any remaining emissions.

Since the adoption of the Paris Agreement, no progress has been made by member-states in meeting climate goals, but instead, levels of heat-trapping greenhouse gases in the atmosphere reached another record last year.

UN Secretary-General Antonio Guterres during his COP25 speech urged countries to be more ambitious when it comes to reaching their climate targets, highlighting that the planet is close to “the point of no return” and that it is “almost too late” to take action.

Similarly, von der Leyen during her first official briefing on 4 December, proposed to take this climate challenge and turn it into an opportunity, as the European Green Deal can be “a new growth strategy for the EU, that will provide people and economy, with hope and confidence.” The EU Commission President stressed the cost of non-action when it comes to climate action and expressed her hopes that the deal could become a reference for action and thus, lead to a global agreement on climate action, to a “global green deal”, as she is noting more and more leaders aligning with EU’s climate goals.

“In 2020 we will have the first ever climate law in place, to make the transition to climate neutrality irreversible,” said von der Leyen, adding that the EU can be and must be a frontrunner in this topic.

However, Von der Leyen recognised that there is a different starting point for each member – state, which justifies the creation of the just-transition fund and the Sustainable Europe investment plan that will mobilise investments in research, innovation and green technologies, with the goal of leaving no one behind.

The President also said that the Commission is working towards mobilising the just transition mechanism alongside the European Investment Bank, through the provision of €100 billion of investment during the period of the next Multiannual Financial Framework (MFF). “We Europeans are ready. If we move together, we will also move faster, in everyone’s interest,” she said.