A former member of the National Assembly of Venezuela, and the founder of Súmante, a Caracas-based election-monitoring organization. 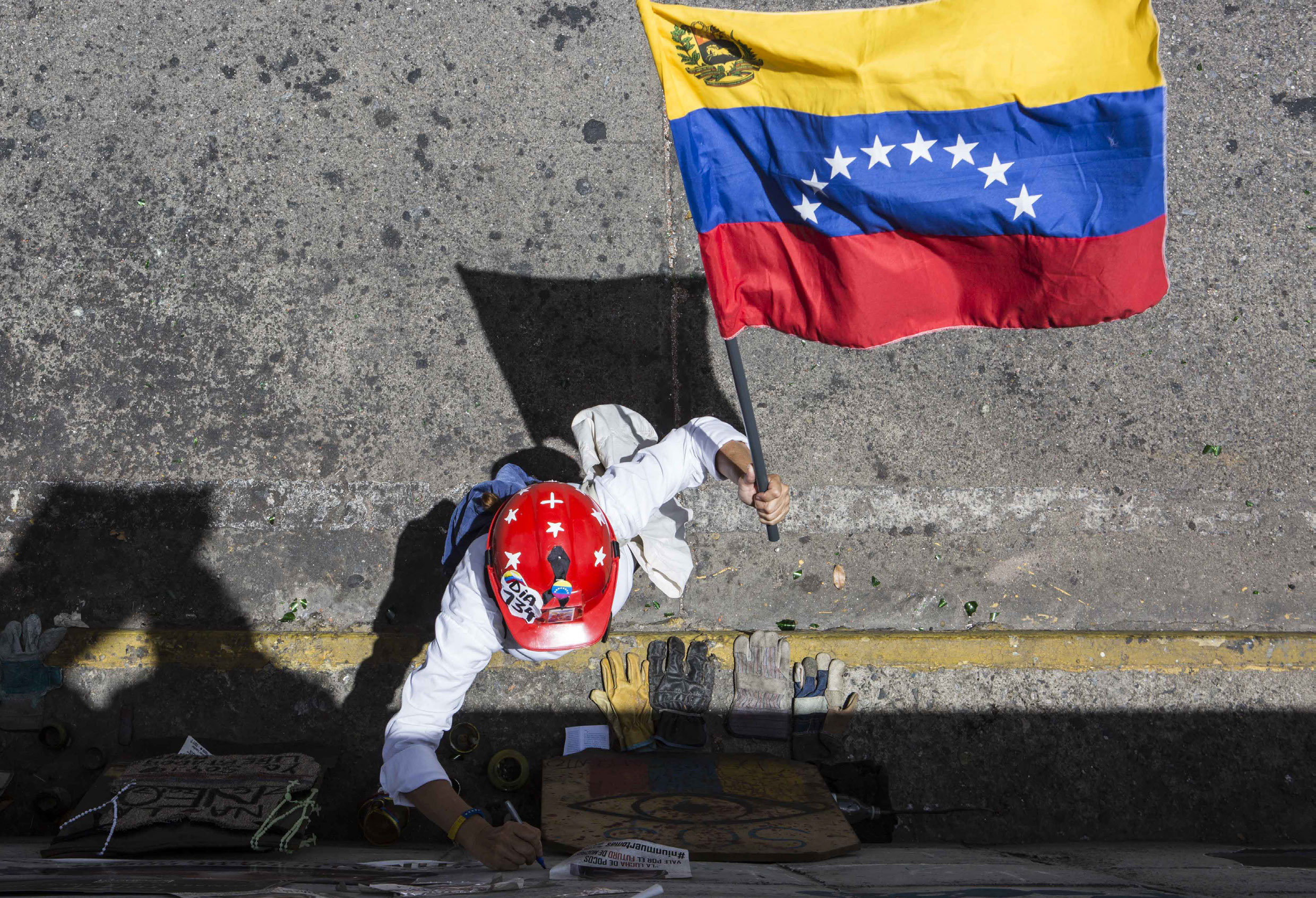 The wave of violent protests that swept Venezuela this year focused global attention on my country’s plight. Millions of Venezuelans left the country, and many more are trying to flee from hunger, disease, and oppression. President Nicolás Maduro, rather than seeking to end the suffering, has taken steps to entrench his dictatorial rule, drawing worldwide condemnation.

But while Venezuela’s crisis is now firmly on the international community’s radar, few have fully grasped why it is happening, or what a slide into autocracy might mean beyond the country’s borders. A regime that has transformed a once-prosperous country into a basket case of poverty and crime is a threat not only to Venezuelans, but also to decades of democratic progress in the region.

Maduro’s despotism has been compared to Raúl Castro’s hold on Cuba. But, rather than a full-blown totalitarian regime, what we have in Venezuela is, to borrow a term from the German legal theorist Carl Schmitt, a permanent “state of exception.” Using the illusion of free elections as a smokescreen, Maduro has sought to strip Venezuela’s democracy of its substance by subordinating all key institutions, especially the National Electoral Council, to the government.

Amid this democratic ruse, the regime kills, tortures, persecutes, and exiles opponents, threatens and intimidates critics, and censors or closes down media outlets, slowly asphyxiating freedom. In relying on piecemeal subjugation, the regime seems intent on not crossing some invisible “red line” that might force the international community to take a tougher stand.

Sadly, at the moment, Maduro need not worry. With the Cold War a distant memory, the West’s threat-perception mechanisms have weakened. Many Western leaders struggle to grasp the dangers that Maduro’s regime poses to the stability of Latin American democracies, to the West’s security in general, and to the national interests of the United States in particular. Aside from US President Donald Trump’s refusal to rule out a military option, most global commitments to Venezuela’s pro-democracy efforts have been anemic.

There are numerous reasons why stronger international pressure is needed. For starters, Maduro’s regime continues to supply Cuba with Venezuelan oil and money to shore up Castro’s dictatorship. No prudent observer could welcome the long-term implications of this partnership.

The Maduro regime also supports, and often finances, a host of destabilizing political forces, from radical parties and secessionist groups in Spain, the United Kingdom, and across Europe, to well-known terrorist organizations in the Middle East, where it cultivates strong connections with Iran and radical Islamists (continuing the policies of its predecessor). Moreover, Venezuela’s government often supports anti-Western diplomatic initiatives at the United Nations, and stirs up division and strife within regional bodies, like the Organization of American States.

And lest we forget, the regime’s ties to Colombian and Mexican drug cartels, money launderers, and arms traffickers are all well documented.

During the confrontations with the regime that took place throughout Venezuela this year, unarmed, courageous, and determined people directly challenged Maduro’s security forces, demonstrating that Venezuelans will resist attacks on their freedom. The sacrifices people – especially the young – have already made bear witness to this commitment.

So, what happens next? Regime change, a top priority for many, can still be accomplished, but only with the right tools. To topple the forces of illiberalism and challenge the ruling clique, Venezuelans will need a solid strategy of civil disobedience. This will require continued external pressure on the government’s financial and institutional sources of support, and sustained mobilization of domestic protest.

This is not a strategy that the entire opposition movement advocates. Some believe that pro-democracy forces have been defeated by dictatorship, and that the only way to challenge this new normal is by seeking to ameliorate it from within. But such an approach will lead only to appeasement, cohabitation, and eventual submission.

History suggests that when a country is pushed to the edge, its patriots fight back. For that reason, I believe that, in the coming months, a reinvigorated opposition will once again shake the country. As people come to recognize that Maduro’s regime has no interest in mitigating the social and economic catastrophe that has befallen Venezuela, protests will reignite. Today, Venezuela lies in wait. Pro-democracy political parties and civil-society groups are reorganizing, sowing the seeds of a new and more powerful push for freedom. Together with international partners, Venezuelan democrats will continue to work to fracture the regime and reclaim our freedom.

Venezuelans owe a debt of gratitude to those in the international community who have already answered our pleas. Now, as 2017 comes to an end, we once more ask our friends abroad to cease all ambiguity and stop calling for a dialogue with a regime that has shown no interest in negotiating. Instead, we ask world leaders to support the legitimate National Assembly, and to recognize the Supreme Court, which was forced into exile. And all free countries should continue exposing the “narco-dictatorship” that currently governs.

Venezuela stands at a crossroads. In one direction lies appeasement of the consolidation of criminal rule – a path that implies incalculable costs for the region and the world. In the other direction lies regime change, restoration of democratic institutions, the end of the humanitarian crisis, and the renewed promise of economic and political prosperity.

We Venezuelans must decide which path we will take. But we need the support of the global community if we are to make the right choice.