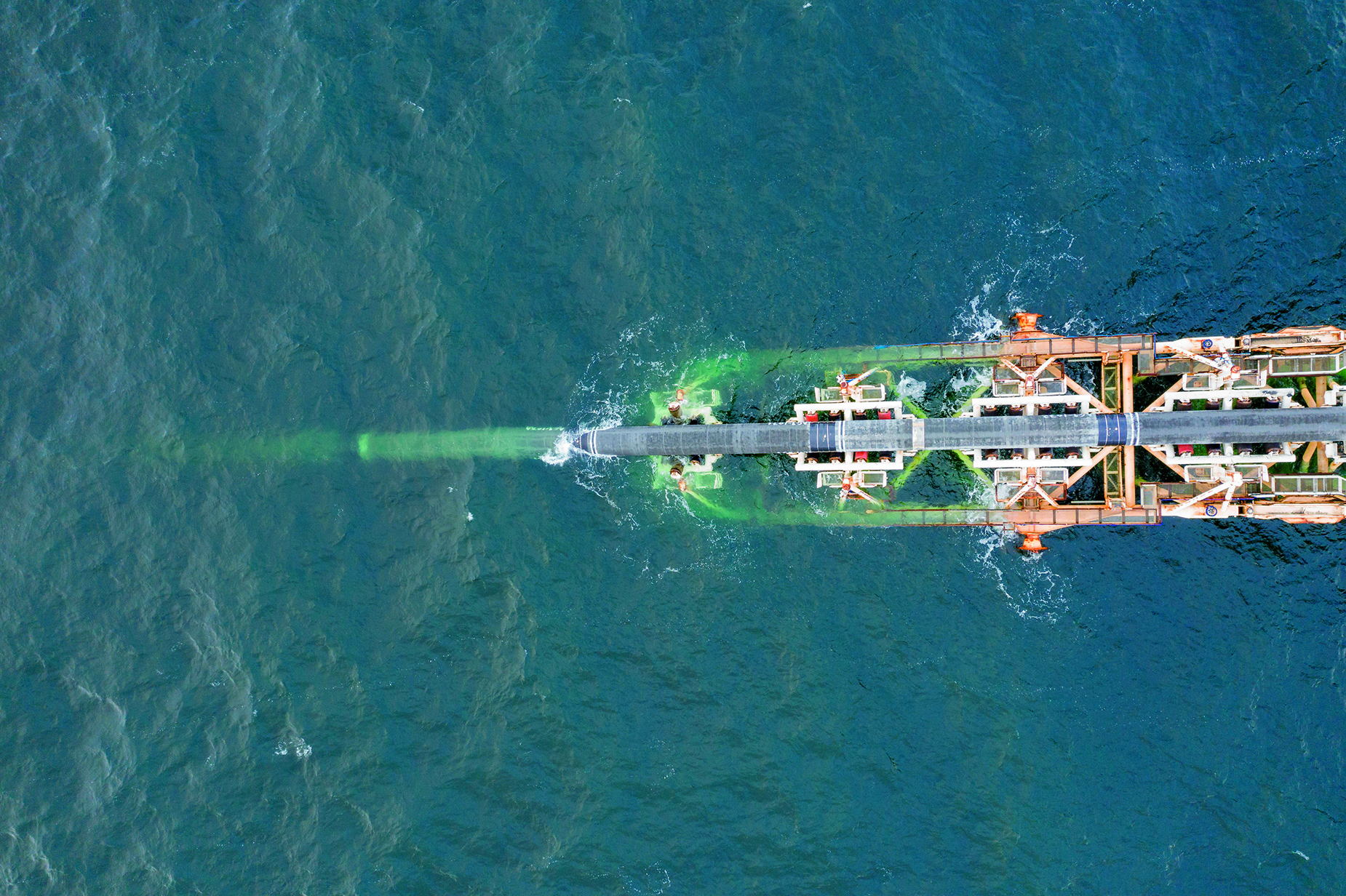 US Energy Secretary says a sanctions bill putting restrictions on companies involved in the Nord Stream-2 project would come in the “not too distant future”.

US sanctions against the controversial Nord Stream-2 pipeline from Russia to Germany are unlikely stop the project’s construction but may prevent Russian gas monopoly Gazprom from using the pipeline at full capacity in the future, Alexei Kokin, a senior oil and gas analyst at UralSib Financial Corp in Moscow, told New Europe on 23 May.

US Energy Secretary Rick Perry said on 21 May that a sanctions bill putting restrictions on companies involved in the Nord Stream-2 project would come in the “not too distant future”. “The opposition to Nord Stream-2 is still very much alive and well in the United States,” Reuters quoted Perry as telling a briefing on a visit to Kyiv for the inauguration of President Volodymyr Zelensky.

Reacting on the threat of sanctions against Nord Stream-2, a European Commission spokeswoman told New Europe on 24 May, “We have no comment to make to these comments.”

Meanwhile, Reuters quoted a German Economy Ministry spokeswoman as saying on 22 May Berlin has taken note of the threat of US sanctions being placed on Nord Stream-2 but rejected sanctions that have extraterritorial effect.

Nord Stream-2 EU Representative Sebastian Sass stressed that the project is being implemented based on a comprehensive legal framework of permitting procedures and following clearly defined legal requirements. “We are of course monitoring these developments and political statements that you refer to, but I am not in the position to speculate about them,” he told New Europe. “Our investors are committed to the project almost all of our project’s CAPEX (capital expenditure) has been contracted,” he added.

The US, Ukraine and a number of European states are opposing the Nord Stream-2 pipeline, arguing that the Moscow-backed project would increase the EU’s reliance on Russian gas and reduce that transit of gas via Ukraine.

But Kokin argued that Nord Stream-2 construction couldn’t be halted. “They (the sanctions) probably won’t affect the construction but judging by the experience of the first stage they might affect the utilisation rights in the future if for some reason Gazprom is unable to use the new pipeline 100% then that could happen,” he said. “It’s more likely than not to be built, to be physically completed but whether it’s going to be used to the full capacity is a different question,” Kokin added.

The UralSib oil and gas analyst said there is more than one direction the sanctions are taking. “I think it’s more likely that the straightforward sanctions will have zero impact, will have no impact, but it’s possible that some of the European countries, Poland for instance, could be able eventually to block the new project from working at full capacity. That’s a bit of a different approach. It doesn’t mean that the United States will be able to do this directly,” Kokin said. “It’s more of an indirect obstacle to the project, but to me is a bigger potential problem that I think will be resolved over time. But, if you are talking about basically any threats by the United States to sanction individual contractors, I don’t think they will be very effective. I think it’s a bit too late at this stage to have much practical impact on the construction itself,” he added.

Kokin acknowledged US sanctions against European companies that have done nothing to slow Nord Stream’s progress could hurt the companies’ US interests. “It could be a risk. I’m not saying it’s not a risk but my own feeling is that at this stage, the construction stage, the risks of no completion to Gazprom are not as high,” he said.

He argued that Washington in the future would be focusing not so much in physically obstructing the construction of Nord Stream-2 as preventing the pipeline’s utilisation at full capacity.

“Obviously there are a number of issues involved which basically have to do with competition among various suppliers of gas to the European Union that could be raised by EU member countries in opposition to this project being able to use internal European Union pipelines,” he said, adding. “This is a more systemic approach that could be used against Gazprom.”