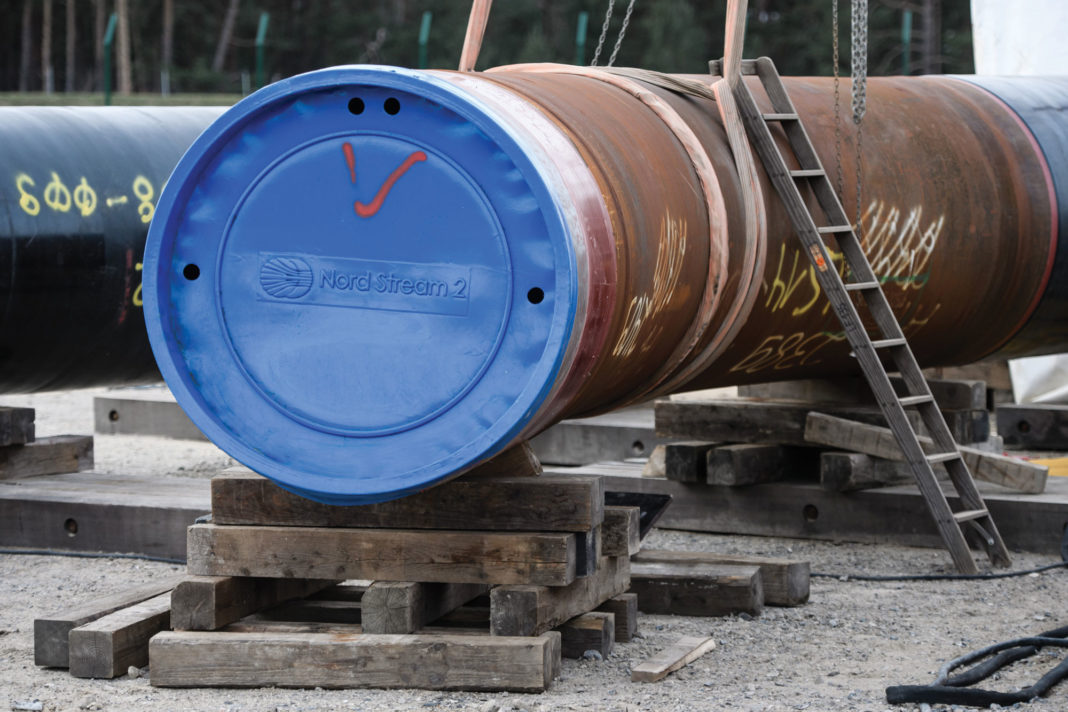 The Nord Stream-2 pipeline, which late last month obtained a permit to construct its planned pipeline system in the Danish Exclusive Economic Zone (EEZ) southeast of Bornholm, is now ready to complete the final stretch of the Gazprom-led project that will transport Russian gas from Russia to Germany, despite efforts from the United States and some EU Member States to halt the project.

Nord Stream-2 is working toward the safe and compliant completion of the project in the coming months, the pipeline’s representative Sebastian Sass told New Europe on 8 November.

“We will start the construction of the pipeline in Danish waters in due time,” he said. “The actual start of construction depends on a number of legal, technical and environmental factors,” he said, adding that this will take a few weeks.

Sass noted that after the completion of the pipelay in Danish waters, the laid pipeline sections will be connected in Germany with an above-water tie-in of the pipeline sections coming from the German landfall and that crossing from Denmark. “At an average of three-four kilometres a day. each string of the pipeline will take approximately six to eight weeks, depending on the weather and permit conditions,” Sass explained.

Even though Denmark delayed granting the environmental licence, Nord Stream-2 had been working diligently to complete the rest of the project. “As of today, more than 2,100 kilometres – or 87% – have been laid. Pipelay has been finished in Russian, Finnish, and Swedish waters, and for the most part in German waters. Offshore works for stabilising the pipeline on the seabed are ongoing,” Sass said, adding that the construction of both the landfall facilities in Russia and Germany is nearing completion.

Justin Urquhart Stewart, director at Seven Investment Management in London, told New Europe on 6 November that with Nord Stream-2, it is possible to reduce gas flows through Ukraine, which is one of the main routes by which Russian gas travels to Europe. Russian and Ukraine have held several EU-mediated rounds of negotiations on the contract, which expires on 31 December. Moscow wants to strike a short-term deal while Kiev favours an EU-proposed 10-year agreement to guarantee supply to its own consumers.

Urquhart Stewart said Nord Stream-2 puts Ukraine in an even more difficult situation. “Ukraine up until now has had a banking income coming through because in effect was running a monopoly. It no longer has that monopoly and Russia will be no doubt doing its best to make the life more competitive for the Ukrainians and so they find themselves in a very weak spot indeed. Politically that’s going to make it much more sensitive and it will be interesting to see how Europe actually reacts to the Ukrainians and the answer is: I suspect not very supportive,” he said.

Katja Yafimava, a senior research fellow at the Oxford Institute for Energy Studies, told New Europe on 8 November the fact that Nord Stream-2 could be operational early next year puts additional pressure to reach a successful conclusion of trilateral talks. She noted that post 2019 Ukraine transit corridor and Nord Stream-2 could well complement each other in increasing European gas security.

“For this to happen, post-2019 Ukraine transit agreement would have to be signed. It would be imperative to try and find a reasonable quid pro quo if Gazprom were to agree to sign a long-term contract, as under EU law it is not obliged to do so. What such quid pro quo could be is for the parties to decide but clearly the EC and Germany – as mediators in trilateral and bilateral formats – could make certain suggestions,” she added.

Meanwhile, Urquhart Stewart argued that Washington has essentially failed to halt the Nord Stream-2 project despite strong diplomatic pressure. “It’s still going to go ahead I think now,” he said. They tried to (stop Nord Stream-2), but I think Germany was very insistent that it went ahead and that’s one of the reasons, of course, (US President Donald J.) Trump was so angry with (German Chancellor Angela) Merkel because as far as he is concerned, he wants to make life more difficult if he could, possibly do it indirectly. What Trump loves to do is to try and get someone to do his dirty work for him so if he could put pressure on the Germans to not have Nord Stream go through and that puts pressure on Russia, then he could point to the Germans and not to himself as actually putting pressure on Russia. That’s the way he plays his games,” Urquhart Stewart said.

Yafimava explained that it is an oversimplification to say that the EU as a whole is against Nord Stream-2 – only a few countries are really against it, most vocally Poland. “Likewise, it is an oversimplification to say that it is only Germany that is in favour of the project. The reality is that that the majority of EU countries and certainly its major gas markets are benevolent about it, not in the least because they can see its contribution towards European gas security,” the Oxford expert told New Europe.