The Unmaking of the President 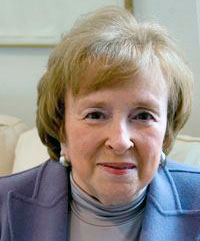 USA | WASHINGTON, DC: Barack Obama was widely considered an exciting new figure when he was first elected President of the United States in 2008. His increasing unpopularity and virtual abandonment by his own party in his second term in 2014 stems largely from that fact: Expectations exceeded reality. But, more important, reality changed – in several ways.

Obama is not a failed president. He has in fact accomplished much in nearly impossible circumstances. In his first two years in office, when his Democratic Party controlled both houses of Congress, he took numerous steps to stem the worst economic downturn since the Great Depression. Likewise, he got his landmark health-care reform, the Patient Protection and Affordable Care Act, passed.

Even now, despite opposition from Republican politicians and major interest groups, he has begun to turn energy policy toward dealing with climate change and curbing greenhouse gases. He has also taken significant steps to uphold the rights of women and sexual minorities, and has used his executive power to loosen immigration restrictions on families amid congressional paralysis.

An assessment of Obama’s presidency must focus not just on him, but also on the Republicans’ unprecedented hostility. Even before Obama took office, Republican leaders were plotting to oppose his every proposal, so he could not claim bipartisan support. No Republican voted for Obama’s health-care legislation, even though it was modeled on schemes backed by some Republican officials and prominent think tanks.

An assessment of Obama’s presidency must focus not just on him, but also on the Republicans’ unprecedented hostility

The Republicans’ most ingenious trick was to use procedural measures to keep bills from being brought to a vote in the Senate, so that the public would ultimately blame “the stalemate in Washington” on Obama. As his poll ratings began to drop, reaching the low forties, Democrats made the tactical error of running away from him. Voters concluded that even his own party no longer supported him, and his popularity fell further.

As a result, in November’s midterm congressional election, the Democrats, unwilling to support any Obama-associated policy, waged a campaign about nothing, contributing to low turnout among their party’s voters. Republican candidates, running highly charged anti-Obama campaigns, trounced their opponents.

Of course, no honest discussion of Obama’s presidency can ignore the role of his race. America, it turned out, was far less ready for a black president than his supporters expected (or hoped), exemplified in virulent attacks that exceed the norm for a president.

Moreover, Obama’s approach to issues involving race has been fettered by his fear, expressed in his early memoir Dreams From My Father, of being perceived (even by his white mother) as an “angry black.” To his credit, however, he has been effective in navigating the racial thicket of Ferguson, Missouri, by turning the killing of an unarmed teenager into a focal point for national action to improve police methods.

Obama’s personality has also contributed to his problems. In his astonishingly swift rise, he was virtually alone – a Democrat, but not a creature of the Democratic Party, a politician of progressive instincts, but not an ideologue. His tendency toward solitude, however, left him disinclined to build new ties and allies in Washington, leaning instead on his family and close friends from Chicago.

Moreover, he has little use for small talk or the grubbier side of politics, and his overweening pride in his exceptional intelligence makes him impatient with others’ ideas. As a result, members of Congress, business figures, and others have felt put off in his presence – even insulted by his remoteness.

More broadly, Obama’s approach to governing has run counter to his early claim that he wanted to create a “team of rivals” that would offer competing views. His preference for surrounding himself with people who have proved their loyalty has produced a White House staff that is widely considered, even by some cabinet officials, to be less than stellar. It is also a staff that has exercised tight control over policy. Cabinet members have chafed at their proposals being subjected to lengthy review by White House committees, whose reports are often opaque.

The emphasis on loyalty is particularly glaring on the national-security front. National Security Adviser Susan Rice, who has been with Obama since 2008, is said to be intelligent but lacking in strategic vision. That, together with her avowed combativeness, has impaired coherent policymaking on critical issues like the Syrian crisis.

Defense Secretary Chuck Hagel could not penetrate the bastion around Rice, and his dissent on policy toward Syria, which he often took directly to Obama, was not appreciated. After the midterm elections, Hagel – Obama’s third defense secretary in six years – became the floundering administration’s sacrificial lamb. He was not even afforded the dignity of a simple resignation, untainted by leaked statements from White House officials that he “wasn’t up to the job.” Given Hagel’s good standing in Washington, the move reflected poorly on the administration.

Obama is unlikely to find much refuge from domestic struggles in the last redoubt of previous lame-duck presidents: foreign policy. Obama should not be blamed for the foreign-policy challenges that the US now faces. He did not create the messes in Iraq and Afghanistan, and it is not his fault that conducting foreign policy is far more difficult in today’s fragmented world than it was during the Cold War. It would be a tough time for any US president to try to assert global leadership – a fact that the Republicans choose to overlook.

But, brilliant as Obama is, he has been prone to making odd mistakes. With a seemingly out-of-control John McCain taking over as Chairman of the Senate Armed Services Committee, the situation is likely to become even more complicated.

As American politics becomes more polarized, and as Obama struggles to manage the challenges posed by epochal global developments, large domestic programs to address rising income inequality are probably beyond his administration’s reach. And, though there is no shortage of candidates lining up to succeed him in 2016, one might wonder, after his experience, why anyone would want the job.