Ukraine: the balance sheet of reforms 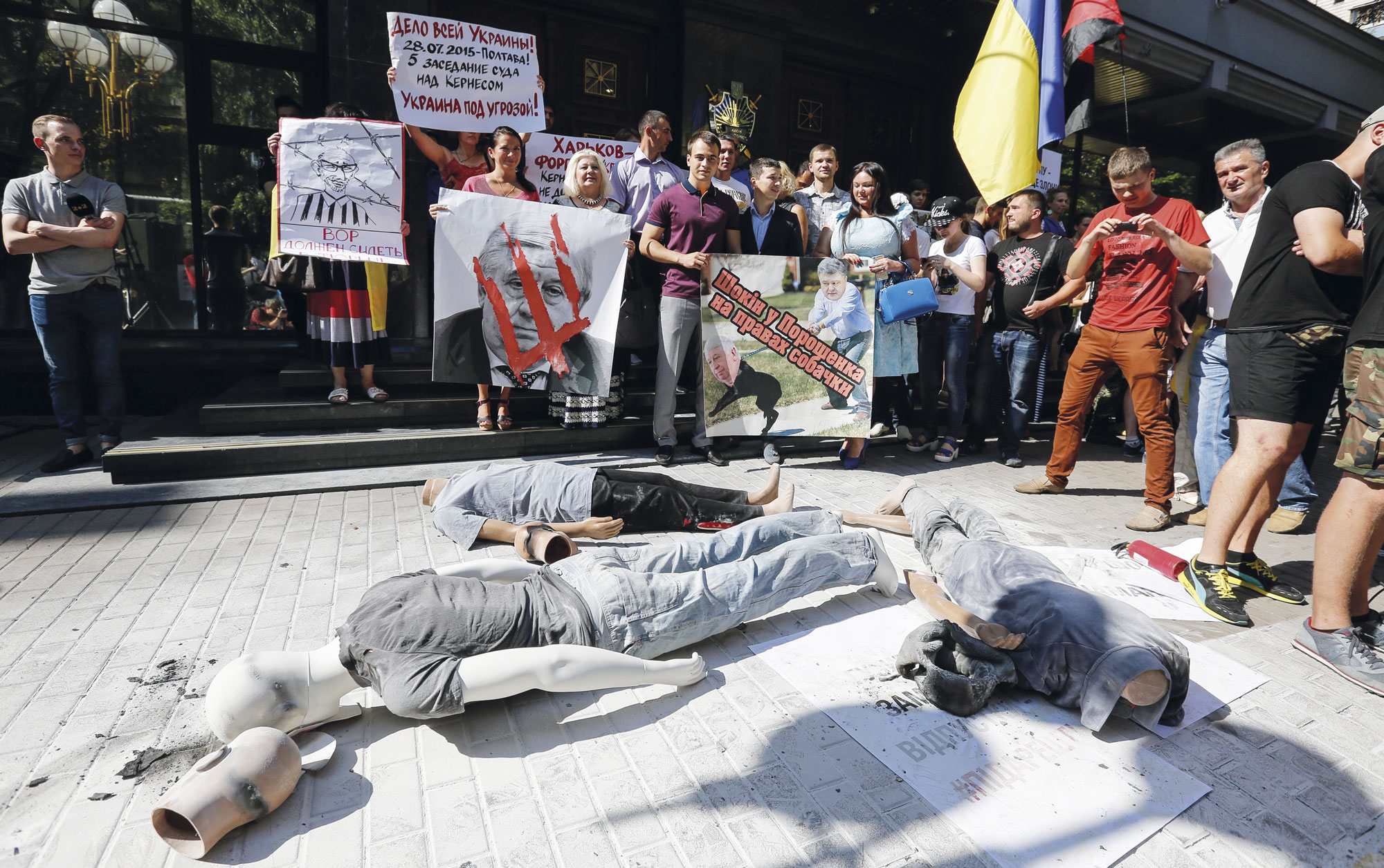 Belgium – Brussels  : After the Euromaidan revolution, Ukraine adopted an ambitious reform agenda. Major Ukrainian political parties have signed the coalition agreement that strives to achieve a functioning market economy and to enforce the rule of law. By making this agreement, the country’s leadership has declared that it had chosen to work for the European path of Ukraine. However, this road runs through an array of institutional and economic changes that still need to be implemented.

Undoubtedly, Ukraine should be praised for its recent successes. The balance sheet of reforms is slowly becoming more encouraging to look at. Many highly-skilled Ukrainians have sacrificed their attractive wages in the private sector for jobs in the under-financed government institutions. Others have even returned to their homeland from Europe and North America after the Euromaidan revolution, to help in this mission. As a result, some reforms have already become visible in Ukraine. Major Ukrainian cities are now patrolled by a newly created police force with a tremendous increase of public trust in their work. Ukraine’s currency, the hryvna, has been stabilised. Large industrial plants whose operations are dependent on the supply of oil and gas no longer fear a cut-off by the Russians – by and large Ukraine has secured the diversification of its energy sources, in particular through the reverse flow from Slovakia. And although corruption, one of the major issues in Ukraine, –– is far from tackled, the government has launched a transparent online system for public procurement. This software alone has saved over $17 million since it was introduced. The list of success stories is already impressive and growing in number.

While it is important to cherish the positive developments, it is just as useful to acknowledge the weaknesses. Ukraine is still suffering from many problems that were characteristic of the pre-Maidan political landscape. I am still concerned about the disunity of pro-Western political players in Ukraine. The cooperation within the parliamentary coalition is still weak and turbulent, with many bottlenecks around major policy issues, including the Ukrainian ‘3D reform matrix’: de-oligarchization, de-regulation, and de-monopolization. This situation plays into the hands of populists and revanchists from the old Yanukovych elite who are thus able to block legislation vital for any meaningful change in the country.

Unfortunately, populism is a widespread phenomenon across the Ukrainian political spectrum. The process of the tax reform has been an excellent example of the influence of demagoguery in Ukraine. The country needs a sensible, yet liberal, comprehensive reform of its revenue policies. The liberalization of the tax regime has one prerequisite: the level of public expenditures has to be decreased significantly.  After this reduction, it will be possible to lower the tax rates, in particular the unsustainably high payroll tax, while still achieving balanced expenditures and revenues. Even though this makes perfect sense to anyone interested in boosting entrepreneurship as well as combatting a vast grey economy sector and tax avoidance, the legislative progress of this reform is blocked by irresponsible and populist politicians. To rub salt in the wound, there are more examples of how political populism is blocking such vital changes as the civil service reform, further cuts of insensible subsidies in the energy sector, or full-fledged anti-corruption investigations against government officials. This is where the dissatisfaction with the slow pace of reforms comes from. The long-term cure for avoiding populism and the resulting political impasses is to build a culture of political compromise.

Furthermore, when I look over the success stories of Ukrainian reforms, there is one thing common to all of them. All these successfully implemented changes have a clear reform ownership and leadership. You can easily associate the success of new police reform with First Deputy Minister of Internal Affairs Eka Zguladze and the new public procurement system with Deputy Minister for Economic Development Maksym Nefyodov.

This shows that strong leadership is essential for sustainable change. New policies have to be implemented, and new institutions have to be built not only as a result of pressure from outside, say the IMF or the EU, but Ukrainians themselves need to believe that reforms, often painful and unpopular, are necessary for their prosperous future. Largely, it is the shared burden of the government, civil society and businesses to increase public confidence in the reform process. The public-private partnerships are especially relevant in the process of communicating the long-term benefits of institutional transformation. However, it is the job of Ukrainian political leaders to assert responsibility for pushing for faster and deeper reforms.

What needs to be mentioned as well is the widely discussed anti-corruption struggles in Ukraine. Ukraine is slowly building new institutions (e.g. the National Anti-Corruption Bureau) and legislation (e.g. law on the prosecutor’s office) to equip itself with better tools for the fight. Unfortunately, that equipment has not been put into operation yet. Zero tolerance strategy towards corruption is the only way. It is vital to act fast while adhering unconditionally to all legal procedures. The sustainability of any other structural reforms is highly dependent on a corruption-free judiciary, prosecutor office, and law enforcement agencies. At the moment, the endemic corruption in the country is the main obstacle for the sprouting reforms in all sectors. The country needs massive privatisation, which will not only bring revenues to the state budget, but will also contribute to the necessary restructuring of the Ukrainian industry, and will substantially reduce corruption in the state-run economy.

One might wonder about the role of the West in Ukraine’s reform efforts. In order to speed up the pace of reform in Ukraine, and to maintain the conditionality from which other Central and East European states benefited, I  find it of utmost importance that the West  maintains the open-door policy for welcoming Ukraine into NATO and the EU.

And while on the one hand we need to demonstrate that democratic Ukraine has many altruistic friends in Europe, on the other, we also need to be able to offer meaningful advice for reforms. The key lessons we have learned since 1990 with the reforms in the Central and Eastern Europe are by and large applicable to the case of Ukraine today. This should not mean that the reform path of a particular country, say Poland or Slovakia, needs to be replicated, but rather that the principles which were followed in post-communist Europe hold true also for EU’s Eastern Neighbourhood. Political determination for comprehensive reforms brings about positive economic change. Despite many disparities in the Eastern EU member states, the results are at hand –living standards have improved significantly throughout the region. We also need to be self-critical and look at reform sectors which did not work as expected in many Eastern member states and to avoid their mistakes in Ukraine – the judiciary, the perception of corruption, media freedom.

That openness towards Ukraine has to be reinforced by a strong response to the Russian military aggression in Ukraine. The sanctions cannot be lifted until the Minsk II Agreement is fully implemented. Among other things, this means that a firm stance towards Russia will have to be maintained at least until Ukraine regains full control of its Eastern border.

At the end of the day, despite any type of Western support, it is the Ukrainians themselves who have to assert responsibility for their geopolitical choices and pro-reform agenda.