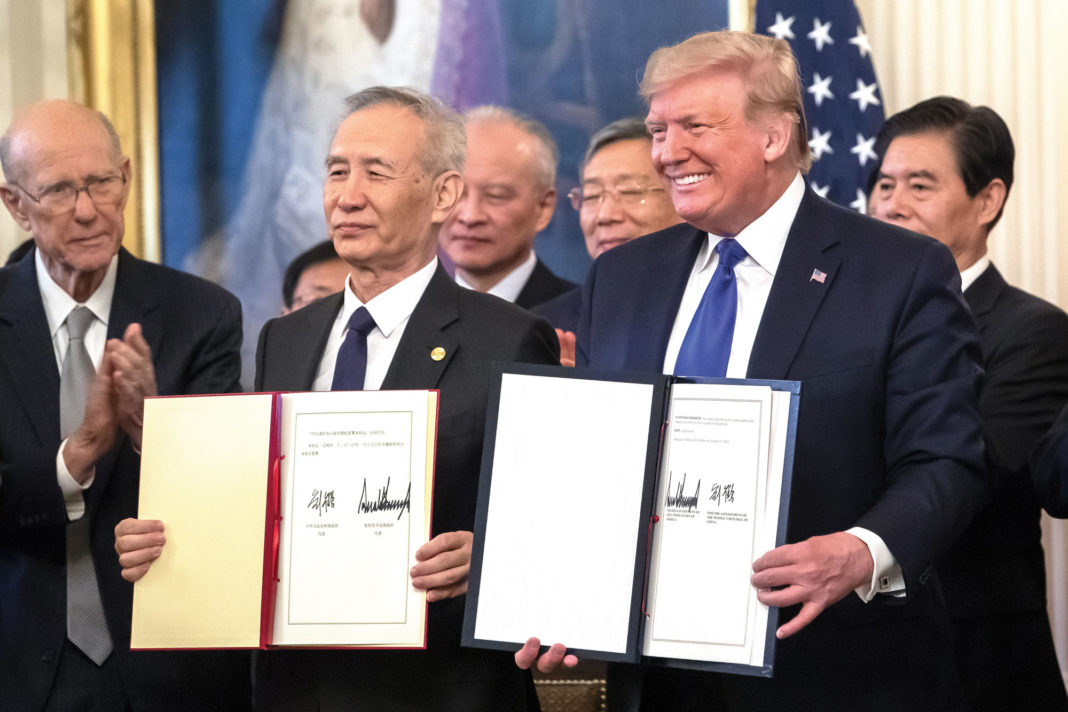 The two dominant issues these days are both of great future importance and after a year’s time may come one and will signify the years to follow.

We are in the year of an American presidential election and everything that happens which directly or indirectly involves America should be considered within the context of the American election campaign.

The trade deal reached this last week between the US and China came after two years of confrontations based on tariffs that were imposed on each other’s imports. The agreement was a kind of highly volatile “cease fire” in a war started by Donald J. Trump, who, in his deep mindset, understands that if China is not contained on time after three decades of being on the rise, we will all be learning to speak Chinese and will replace our Christmas Trees with Red Dragons.

Watching the matter come into perspective within the context of a grand chessboard, it seems that this partial trade deal primarily serves to calm the interests of Wall Street, which invested heavily in China and every difficulty in trade relations implies significant profit losses. Great big people on Wall Street, but who have no general knowledge, specialise on their subject, and are easily convinced by their president because, after all, for conservative Americans, their president cannot questioned.

Therefore, we should wait to see to what extend the US-China deal will do to pacify Wall Street if Trump wins the election, which is not unlikely, and how he will behave afterwards in respect to China.

Considering Trump’s reservations about the prospect of Chinese economic and political domination over the world, one cannot exclude that after the November elections, the US President will proceed with a plan aimed at the containment of China.

Which brings into the picture the second issue of importance of our days – climate change. It is a serious problem as the planet is gradually getting warmer, but it can be efficiently addressed. Science is providing alternatives and it is a matter of political will when it comes to what type of solution to proscribe.

Thanks to the beautiful manipulation by certain quarters of the “useful idiots”, climate change is becoming the ideology of the future which gives great business and political opportunities.

Young people around the Western world are being intelligently manipulated to form largely leaderless movements based on the new ideology. This will end up by turning selected polluting countries into being accused of committing “crimes against humanity.”

Associating this new culture, or rather cult, with Human Rights will place China first on the “execution” row, worldwide. And this will be done by concerted manipulation of the “useful idiots” who will forget the contribution of Mao Zedong to Marxist-Leninist theory and, under proper guidance, will start demanding the punishment of China for polluting the environment more than any other country, which is true, and utterly violating human rights, which is also very true.

It is as simple as that. If Trump is re-elected, he may well be using the “useful idiots” worldwide to totally isolate China.

Whether it is right or wrong is a totally different question for future assessment.

What is worrying, however, is that Donald Trump is a high-risk businessman who sees America as a business, and we should not expect him to change course when he is in his mid-seventies.