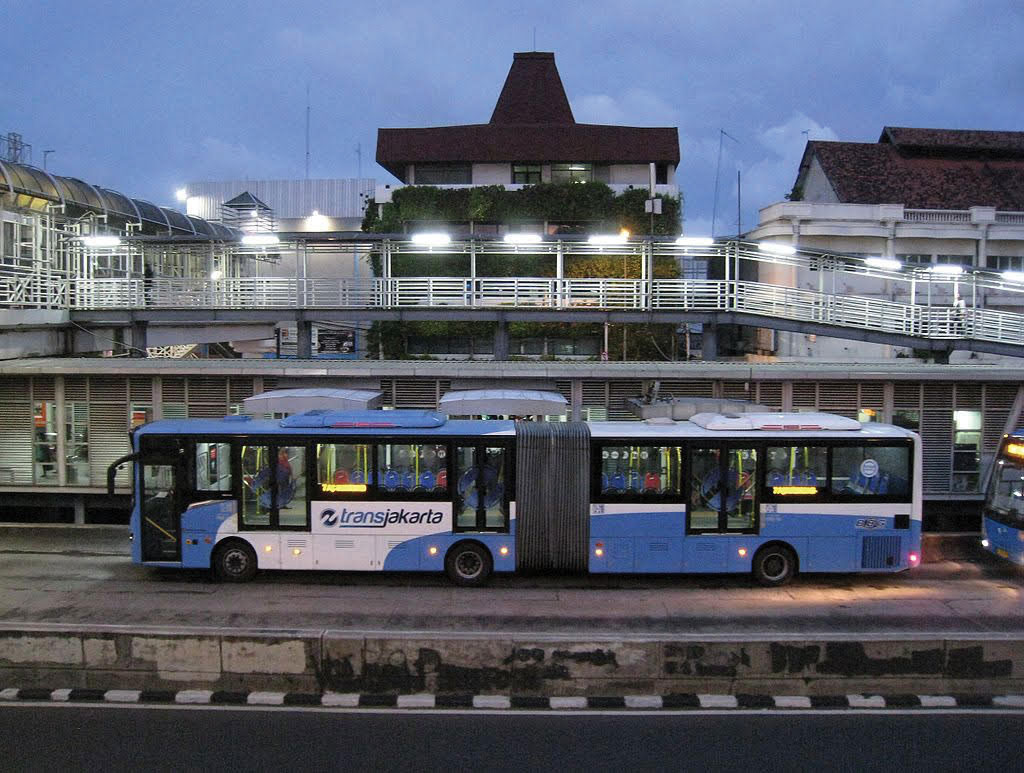 BRUSSELS – Transjakarta is trying to keep up with the need of Jakarta as a megapolitan city which must be supported by an integrated public transportation system, Transjakarta CEO Agung Wicaksono said during his visit to Brussels on 23 October. “Jakarta is one of the major cities in Asia which serves the activities of 20 million people both Jakarta citizens and commuters from neighbouring cities. This number is relatively large compared to other capital cities in Asia, such as Singapore which only serves mobilisation of 5 million people every day, and requires integrated multi-modal transportation services. Only by that, this mobilisation can provide maximum benefits for economic development both for citizens of Jakarta and neighbouring cities and at the bigger scope, the nation considering that Jakarta is the center of government and business of Indonesia,” he said.

Transjakarta was created in 2004 and it is the largest network of transport in Asia and with a record number of 936,000 passengers per day. It has managed to provide access to public transport within 500 metres walking distance to the 77% of the city’s population. The goal until 2030 is to reach the 95%. Yet, only 25% of the population uses public transport instead of private means and the company wants to reach 60% by 2030, according to the briefing in Brussels.

To date, Transjakarta serves the longest route in the world of 251.2 kilometres, throughout 260 Bus Rapid Transit (BRT) stations which are spread in 13 corridors (lanes).

The Central Statistics Agency (BPS) of DKI Jakarta recorded that the population of DKI Jakarta in 2019 will reach 10.6 million people, but on working days and hours the number increases along with the arrival of workers from neighboring cities such as Bekasi, Tangerang, Bogor, Depok, which can reach 20 million people. In the last five years Transjakarta has succeeded in increasing the number of users by 300%, and increasing the coverage area to 77% in five areas in Jakarta.

As reported by the TomTom Traffic Index 2018, the presence of BRT was able to reduce the congestion level in Jakarta by 8%, the biggest decline compared to other cities and put Jakarta in a better rank, from the 4th to the 7th most congested cities in the world.

The Asia Development Bank (ADB) also released the ADB report 2019 Update: Fostering Growth and Inclusion in Asia’s Cities, which released a number of the most congested cities in Asia and Jakarta was only one rank below Singapore. This indicates that the world recognises that Jakarta is able to address the chronic challenges of the capital city’s transportation system, the Transjakarta CEO said.

Agung also said that starting in 2023, BRT will use electric bus fleets which will help reducing vehicle exhaust emissions in the air and create a healthier environment.

For these efforts, Transjakarta received awards for renewal measures, innovations in transportation system and solutions for improving city mobility by providing a more efficient public transportation system in Jakarta. The majority of Transjakarta buses are currently dominated by European bus brands such as Mercedes, Scania and Volvo. However, there are three units of electric buses made in China and local being tested in Jakarta.

Examining the readiness of electric buses is very important for Transjakarta to be able to adjust to the tropical climate in Jakarta.

In 2019 Transjakarta owns 3,558 bus fleet units with 220 routes, and in 2020 is targeting additional fleet of up to 10,047 units including microbus. Transjakarta’s short-term strategy in 2020 is to better realise the “first mile” and “last mile” services, where residents can find public transportation within a 500-meter radius and increase the coverage area to 95% in the Jakarta area including Bogor, Tangerang, Depok and Bekasi.

The company is looking for partners of European-made electric buses producers as a transition towards environmentally friendly fleet by 2024.