Tilting at more than windmills in South Asia 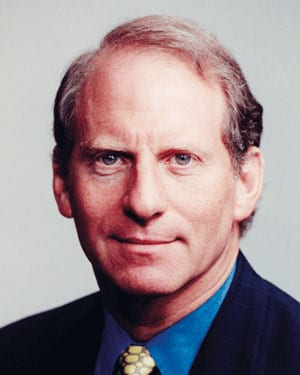 “Tilt” is a word with a history in South Asia. Nearly a half-century ago, Pakistan’s government brutally repressed its citizens in the eastern part of the country. Millions of refugees streamed into India, which mobilized its armed forces. Pakistan attacked, and India responded. Full-scale war ensued. When the dust settled, Pakistan had been dismembered, with its eastern part becoming the independent country of Bangladesh.

The US government watched these events unfold with concern. India’s claim to be non-aligned was not taken seriously, and President Richard Nixon and National Security Adviser Henry Kissinger judged victory for India to be a gain for the Soviet Union. In addition, the South Asia conflict occurred just as the United States (with Pakistan’s assistance) was seeking to establish a relationship with the People’s Republic of China. Nixon and Kissinger feared that China’s interest would diminish if the US appeared unwilling to stand up to India, a country backed by the Soviets and one with whom China had fought a war a decade before.

The US dispatched an aircraft carrier to the Bay of Bengal, ostensibly to deter further Indian military action, but in fact more as a signal of American support for Pakistan. The show of force did not change the trajectory of the crisis, but the US decision to tilt toward Pakistan (a phrase that made its way into newspapers) was infamous in India for decades to come.

The US continued to favour Pakistan in the wake of the 1971 war. Pakistan was a close US partner in the effort to raise the costs to the Soviet Union of its occupation of Afghanistan, teaming up with the Americans to arm the local Afghan opposition. But with the end of the Soviet military presence in Afghanistan in February 1989 – and the end of the Cold War just months later – the US chose to reconsider its stance toward both India and Pakistan.

Successive US presidents sought improved ties with India, owing to India’s growing economy, robust democracy, and the increasing importance of the Indian-American community. More recently, India has come to be perceived in some quarters as a potential partner in balancing a rising China. At the same time, US relations with Pakistan deteriorated, initially over its nuclear program, but, after the September 11, 2001, terrorist attacks, also because of its ties to the Taliban and other extremists.

Now, the question is whether thinking in Washington, DC, is again evolving and the US is considering another “tilt.” After nearly two decades of sacrifice, the US is looking for a way out of Afghanistan, and Pakistan, which has provided a sanctuary to the Taliban, is seen as critical to America’s ability to withdraw its troops without enabling the group to overthrow the Afghan government. At the same time, there is frustration with India over its trade policies.

The new tilt was manifested weeks ago when Pakistani Prime Minister Imran Khan visited the White House. US President Donald J. Trump made the stunning declaration that Indian Prime Minister Narendra Modi had asked him to mediate the Kashmir dispute, the most sensitive issue dividing India and Pakistan since partition and independence in 1947.

Such a request by India would represent a fundamental shift in its policy, and India’s government was quick to deny that such a request had been made. This was followed by India’s announcement that it planned to strip much of this Muslim-majority region’s autonomy. There is a possibility that Pakistan will respond by renewing its support for terrorism, which could lead to another war between Pakistan and India, two nuclear-armed countries.

Against this backdrop, the US would be unwise to turn to Pakistan as a strategic partner. Pakistan sees a friendly government in Kabul as vital to its security and competition with arch-rival India. There is little reason to believe that the military and intelligence services, which continue to run Pakistan, will rein in the Taliban or rule out terrorism.

Equally, the US would be unwise to alienate India. Yes, India has a tradition of protectionist trade policies and often frustrates US policymakers with its reluctance to cooperate fully on strategic issues. But democratic India, which will soon surpass China as the world’s most populous country and will boast the world’s fifth-largest economy, is a good long-term bet. It is a natural partner to help balance China. India has rejected participation in China’s Belt and Road Initiative, whereas Pakistan, struggling economically, has embraced it.

The US would also be unwise to race for the exits from Afghanistan. Peace talks with the Taliban mostly look like a means to extract US forces from the country. The process is reminiscent of Vietnam, where a 1973 agreement between the US and North Vietnam provided a pretext for US withdrawal from the South but not a basis for peace. The notion of a coalition government, with power shared by the current government and the Taliban, is optimistic at best, fanciful at worst.

Instead of embracing fantasy, the US should continue to keep a modest number of troops in Afghanistan to ensure the government survives and the country does not again become a terrorist haven. What is required is an endurance strategy, not an exit strategy, based on local conditions, not political calendars. As has long been the case, South Asia is at best a region to be managed, not a problem to be solved.