The transformation of Eastern Europe has been a success 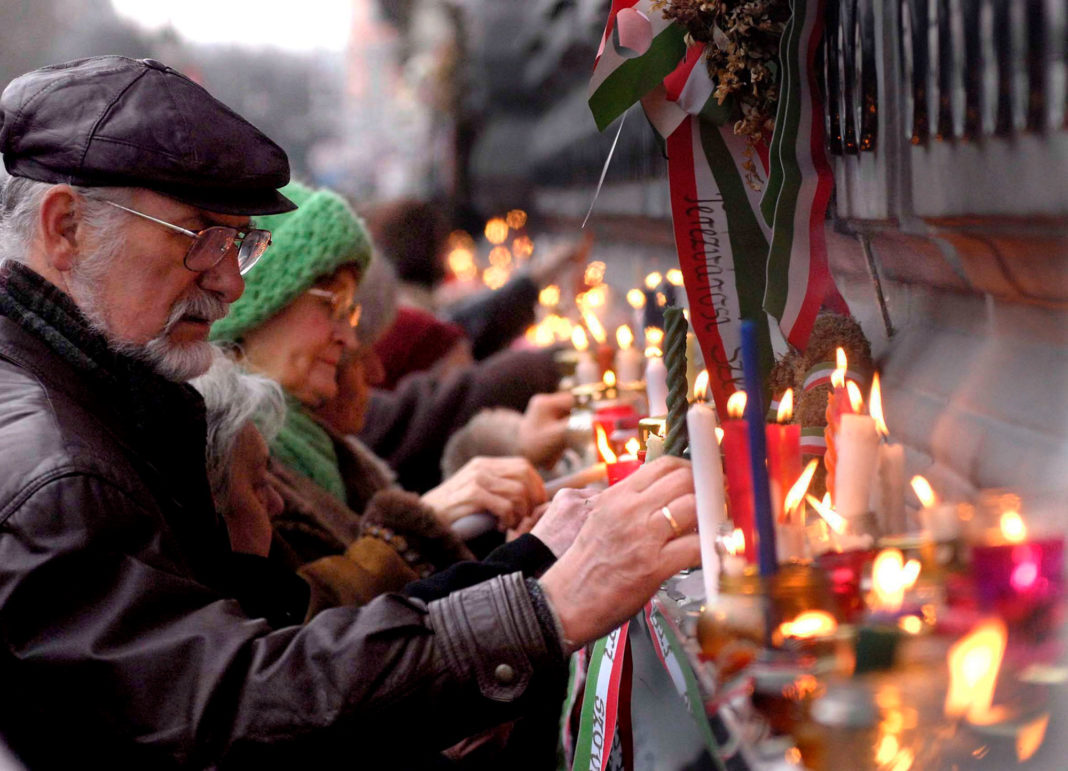 Despite some fundamental mistakes and the current wave of nationalist populism sweeping the region, the transition of the former Communist bloc into modern European states must be celebrated as a major victory for the democratic world

In 1986, when I was watching Mikhail Gorbachev declaring the need for ‘radical reform’ I got goose bumps out of euphoria but my second reaction was disbelief. After four decades of living in the constantly surreal of life under Communism, maybe the reality would not be what it sounded like.

I was part of what my Polish colleague Leszek Balcerowicz, one of the most esteemed among us, would later call ‘the international of reformers’.  Living every day in the bizarre reality of a shortage economy and a complete lack of elementary human incentives meant we wanted first and foremost freedom, including economic. We firmly believed we did not need to reinvent the wheel and toy with the mysterious and never-fully-defined ‘third way’ of economics. Instead, we should go along the path that proved to be successful for the part of humanity that had already tried it – freedom, democracy, and solidarity with the needy.

The most promising project at that time was obviously Poland’s Solidarność, or Solidarity, but in Hungary we also had a not-so-insignificant opposition movement that synthesized all those values.

By that year, 1986, none of us thought the Soviet Empire would collapse as suddenly as it did only three years later. Gorbachev, perhaps not intentionally, turned out to be a hero for human freedom and deadly for Soviet imperialism.  What unfolded, in spite of what the Stiglitz-type populist whiners of this world would try to make you believe, was the greatest social process of the 20th century.

Lately there has been a backlash against freedom and democracy in parts of the same region of Europe that emerged from the Soviet yoke, the call for economic and broader human freedoms and the collapse of Moscow’s Communist empire inspired radical economic reform all over the world from Latin America, through the former Eastern Bloc to China and further points in East Asia. This would also later spread to India and large swaths of Africa. In the end, well over one billion people were lifted out of poverty and tyranny by what started in Eastern Europe back in the 1980s.

Nowadays people spend a lot of time and effort to count the former, those who no longer live hand-to-mouth, but they usually forget to count – though they are no-less important – those who have emerged as free people from totalitarian systems over the last 30 years.

When looking back on this historical process, we still have a tendency to get many things not quite right. Perhaps the best documented omission has been that there were large segments of society who, having re-acquired their freedom, wanted to express a deep sense of national pride. This, however, often manifested itself alongside long-held prejudices and demeaning stereotypes targeting “the others” of society rather than celebrating the triumph of human freedom and the sense of decency that, in the West, offered tolerance, and the ability to cooperate in all kinds of situations and with all sorts on different people.

What is not clear, and what is never asked when liberals are crudely criticised, is what could have been done differently if we took into consideration the potential allure of a resurgent nationalism across Eastern Europe? The easy answer is that we should have taken better care of social welfare in the countries that emerged from behind the Iron Curtain.

However, this assertion entirely overlooks the fact that the one society that has managed to maintain one of the largest welfare systems through its transition to a market economy is Hungary, which has recently swung decidedly towards hardline nationalism and exclusivity.  We crave simplistic answers – but they do not carry much public utility.  The more plausible conclusion to draw the conclusion that if our transitions were more radical, they would have produced faster results and less backlash.

The major successes of the three small Baltic States, all of which were actual constituent parts of the Soviet Union, but also of Poland, indicate that that reform radicalism pays off.

This leads me to the question of the pace of reform. At the time, it was popular to debate shock therapy as opposed to gradualism. Vaclav Klaus, when Minister of Finance of Czechoslovakia, used to say that a sequencing debate made no sense as different reforms in different countries would be enacted based on local considerations. There is plenty of truth in that statement.

Certainly, in 1989 I personally was more cautious than the shock therapists. Working with Jeff Sachs taught me that fast and radical macroeconomic stabilisation was feasible. Moreover, shock treatment killed two birds with one stone. It quickly eliminated chronic shortages that were so prevalent in most countries, but much less in Hungary, until 1989. At the same time, with the liberalisation of foreign trade and prices, the large building blocks of a competitive market economy could be established.

We debated endlessly about the many ways of privatisation. The experience of the Visegrad countries and the Baltic States convincingly shows that any of the applied privatisation methods could do the trick if they were radical enough. Different modes of “mass privatisation” like in Czechoslovakia, or the trade privatisation of Hungary and Estonia, ultimately led to similar microeconomic results.

The timing o the arrival of massive foreign investment turned out to be critical from two perspectives: 1) it helped maintain the industrial culture of parts of the population that otherwise would have been lost due to the collapse of the Soviet market and socialist enterprises supplying it. Foreign investors provided lucrative work opportunities to those who could be employed and industrial exports from these countries exploded, 2) It massively improved corporate governance in the countries. Even foreign firms that were willing to corrupt local officials introduced much-needed improvements to the quality of management practices and, most likely, in government relations. Their professional associations became the most articulate advocates of corporate governance reforms.

The former Eastern Bloc countries’  systemic and developmental trajectories depended on those early reforms as well as on geography and their natural geopolitical orientation. Romania and Ukraine equally had a bad start to reforms in the early 1990s. However, thanks to Romania’s unequivocal Western orientation it succeeded in overcoming part of its bad start and also its oligarchic challenges in the more immediate past. It is now on a promising development trajectory.

Society in Ukraine, on the other hand, has embarked on a more difficult trajectory where Russia has been able to more effectively obstruct, at least for a time, the country’s reforms and integration into Western structures. And even much further afield from Eastern Europe, Georgia’s trajectory, despite the many radical reforms after the 2003 Rose Revolution, remains decidedly uncertain about its future integration with the west, mainly because of its isolated geography.

This leads me to the problem of establishing the rule-of-law and reform setbacks.  Retrospectively, we, liberal reformers have not spent as much time and energy as needed on working out long term rule-of-law institutions. This is partly because the reforms were designed mainly by economists and the knowledge flow between them and legal reformers, these two critical professions for systemic change, was imperfect.

Only the reform setbacks of Hungary and Poland, and the systemic dynamics of most of the post-Soviet space towards stabilized state capture and oligarchic rule, have drawn the appropriate amount of attention to the subject.  Even now, a noticeable lack of clarity when it comes to the “anti-corruption campaign” usually does not lead to  sustainable rule-of-law institutions because they are conducted entirely for political purposes rather than systemic change.

In the meantime, the appetite of the European Union to project its model and the neighbours to join, has significantly weakened.

Despite this, we should view the last three decades as it is – a Golden Age of robust growth and rapid convergence to the West for much of the region. It has also been a time that has witnessed a truly dramatic across-the-board hike in life expectancy in Eastern Europe.

Liberal thinkers have made a great contribution to this Golden Age that saw the former Warsaw Pact catch up with its counterparts in the West. What has been learned in the process is that the longer a country continues to endorse these liberal democratic ideas, the stronger and more profound this catch up has been.

The brainless criticism of “neoliberals destroying countries” has no empirical basis in the history of the region. Neither is it documented that more redistribution would have somehow have ‘softened’ the transition and would have helped to avoid the current wave of populist politics..

Where we could have fared better, and done a fundamental job, was in the process of entrenching the rule-of-law. This remains the one sore spot in the 30-year transformation of post-Cold War Europe and it needs the most attention more than ever. If we do not want to give back the gains of the last three decades, this must be effectively addressed.

In 2019, we can also see the unmistakable signs that the young urban parts of our societies are determined to defend the reforms we fought so hard for and are more than willing to fight back against the forces of oligarchy, nationalism, and populism.

The position that the European Union takes, as a whole, in this fight will be critical. It needs to remain optimistic and celebrate the unmistakable major successes of the transformation of Central and Eastern Europe. In this context, the EU must re-embrace all of those nations that so bravely tore down the Iron Curtain in the hope of finding freedom and a better life with the rest of Europe and re-engage in the process of their full integration. At that point, a convergence towards the more developed Western part of the EU may well resume.