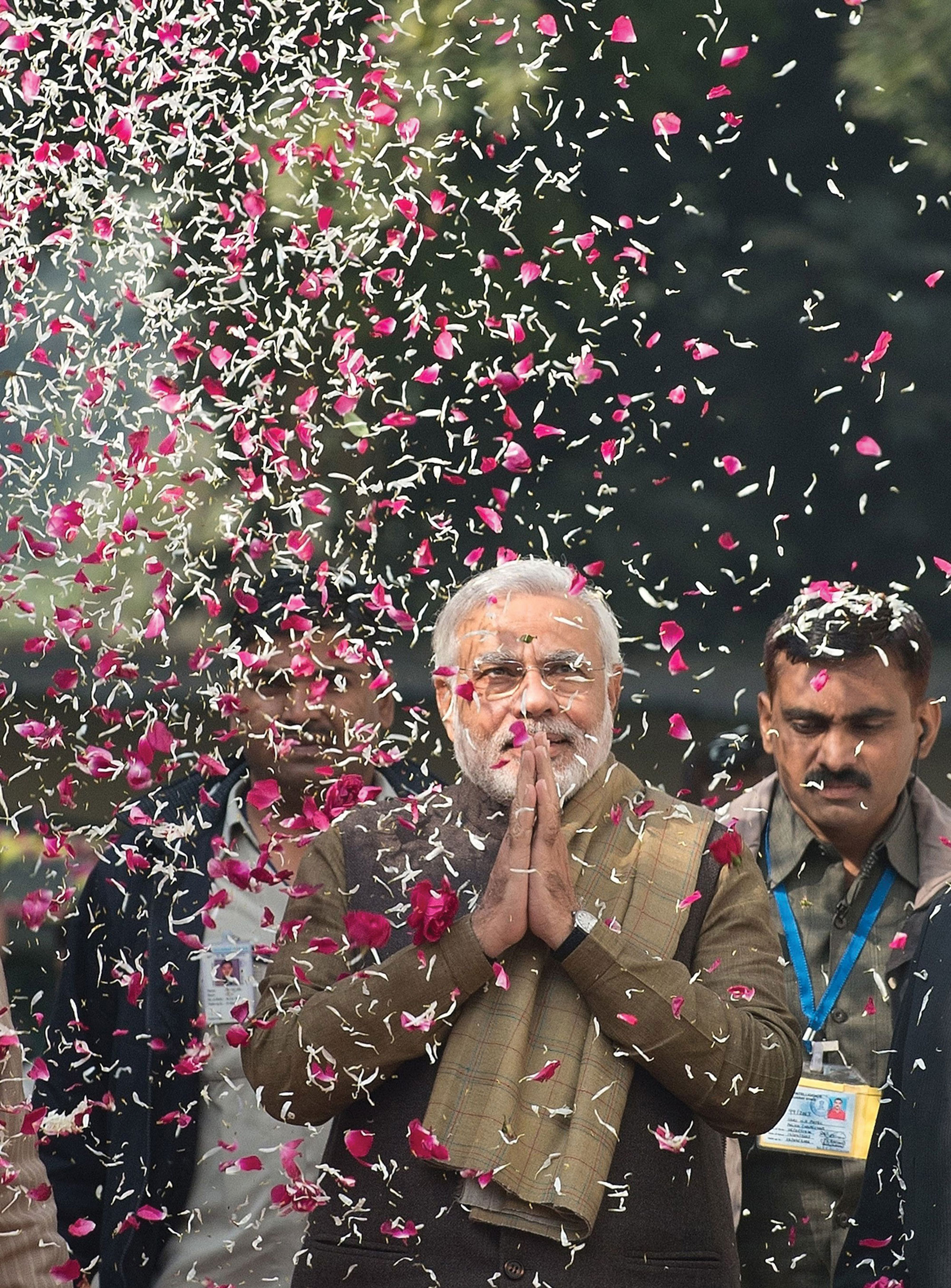 The global spread of democracy, a Western gift to the world, was meant to result in the election of liberal, pro-Western leaders. Instead, a wave of strongmen rulers has been elected, many of whom have clear non-Western identities. This list includes Shinzo Abe of Japan, Rodrigo Duterte of the Philippines, Recep Tayyip Erdogan of Turkey, Narendra Modi of India and, looking back further, Vladimir V. Putin of Russia. China’s Xi Jinping can be added to this list, emerging as he did from a fiercely competitive political process within the 80 million-member Communist Party of China.

The rise of these leaders may reflect a new chapter in history. For the past 200 years, the West has been unusually powerful, dominating global history even in the post-colonial era. However, mistakes made by the West have given rise to the sharp anti-Western edge of leaders like Mr. Erdogan and Mr. Putin. And as American and European power recedes, a global resurrection of non-Western attitudes is taking place. Even pro-Western leaders, like Mr. Abe and Mr. Modi, are asserting their non-Western identities.

As more and more countries shed their deference to the West, the continuing resurrection of strong nationalist leaders is inevitable.

Europe humiliated Turkey for decades. Under Mustafa Kemal Ataturk, Turkey made the bold decision to leave the Islamic world and join the West. Turkey, a member of NATO, applied to join the predecessor to the European Union in 1987. The country was denied, while smaller nations like Slovakia, Latvia and Estonia were admitted. This rebuff of Turkey undermined the political standing of the secular pro-Western Turks living in and around Istanbul; they were seen to be weak and effete in response to European insults.

The initial election of Mr. Erdogan in 2003 represented the Turkish people’s strong desire for a leader who could stand up to Europe, and his rule was legitimized by solid economic growth. While Mr. Erdogan’s popularity has recently slipped — he barely won the April 2017 referendum — he has never been more politically powerful. Mr. Erdogan has the ability to shape Turkey’s future by moving it away from its secular past and making its Islamic identity more visible. 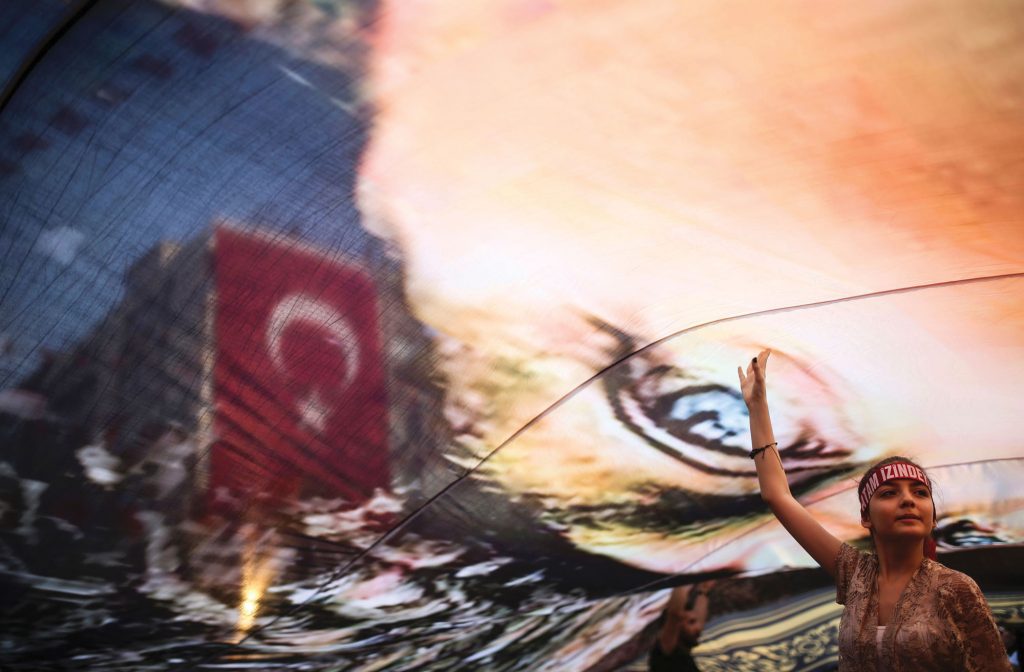 Russia suffered even greater humiliation than Turkey. Mikhail Gorbachev’s unilateral dissolution of the Soviet Union was an unimaginable geopolitical gift to the West, especially America. The Russia that remained was a small shell of its former empire. After winning the Cold War without firing a shot, the West would have been wise to heed Churchill’s advice: “in victory, magnanimity.” Instead, it did the exact opposite. Contrary to the implicit assurances given to Mr. Gorbachev and Soviet leaders, the West expanded NATO to include former member nations of the Warsaw Pact, embarrassing Russia as its geopolitical territory shrank. This humiliation has led to an inevitable blowback.

After Mr. Putin was elected in 2000, the West threatened to expand the Atlantic alliance into Ukraine, even though eminent American statesmen like Henry Kissinger and Zbigniew Brzezinski cautioned against the move. Their warnings were ignored, and Mr. Putin was left with no choice but to take back Crimea, which had been part of Russia from 1783 to 1954. Even Mr. Gorbachev, a pro-Westerner, supported Mr. Putin, saying that the Crimean referendum showed that “people really wanted to return to Russia.” Given a choice, 95.5 percent of the voters elected to join Russia.

The Crimean episode shows that there is only so much humiliation any nation can take. Mr. Putin’s election reflected the will of the Russian people. They wanted a strongman who could stand up to the West. He did this by invading Crimea and supporting President Bashar al-Assad in Syria. There are no saints in geopolitical games; if the West had shown respect for Russia instead of humiliating it, Mr. Putin might not have come to power.

Neither Japan nor India has been humiliated by the West in recent times. Indeed, both have drawn geopolitically closer to America since the rise of China. Yet, even in these countries there is a clear desire to support strong leaders who can forcefully enhance the nation’s identity.

Outwardly, Mr. Abe appears to be a pro-Western leader, especially with his dapper Western suits. Inwardly, however, he is an ardent Japanese nationalist. His grandfather Nobusuke Kishi was accused as a “class-A war criminal” after World War II. Mr. Abe believes he was unjustly accused. Mr. Abe has also allowed his fellow members of parliament to visit the controversial nationalist Yasukuni Shrine, drawing the ire of China and South Korea.

Outwardly, Mr. Abe maintains deference to America. Inwardly, he is dying to break free from his geopolitical shackles. For example, even as America and Europe were trying hard to isolate Moscow, Mr. Abe worked behind the scenes in Moscow in April 2013 to try to reach a private deal with Mr. Putin on the disputed Kurile Islands, which Russia had taken over at the end of World War II.

Mr. Modi’s forceful emergence on the world stage demonstrates that India is no longer a second-tier power. Mr. Modi has shed many of the pro-Western trappings that the Indian establishment was once so proud of. Despite a punishing schedule during his first official visit to the United States in September 2014, Mr. Modi fasted for nine days in observance of the Hindu festival of Navratri. Mr. Modi seldom wears Western clothes and speaks mostly in Hindi. His support of some loud right-wing voices, including the chief minister of Uttar Pradesh, Yogi Adityanath, is worrying. But Mr. Modi is no demagogue. He is a pragmatic nationalist focused on economic growth. In Mr. Modi’s mind, there is no doubt that we are moving toward a G-3 world, with India securing an equal place alongside America and China.

While the Chinese president, Xi Jinping, functions in a very different political environment from that of Mr. Abe and Mr. Modi, culturally there is an affinity among the three leaders: Each is profoundly confident in his respective national identity. A hundred years ago, Indian, Japanese and Chinese leaders called upon their people to emulate the West to move ahead. Voices like Sun Yat-sen in China and Raja Ram Mohan Roy in India spoke of the need to mirror the West. Today, such a thought wouldn’t even cross the minds of Mr. Abe, Mr. Modi and Mr. Xi. Instead, all three are telling their people to remember their own glorious histories.

As more and more countries shed their deference to the West, the continuing resurrection of strong nationalist leaders is inevitable. Our geopolitical future likely lies with this new wave.

(Kishore Mahbubani served in Singapore’s diplomatic service for 33 years. He is the dean of the Lee Kuan Yew School of Public Policy at the National University of Singapore and the author of “The Great Convergence: Asia, the West and the Logic of One World.”)