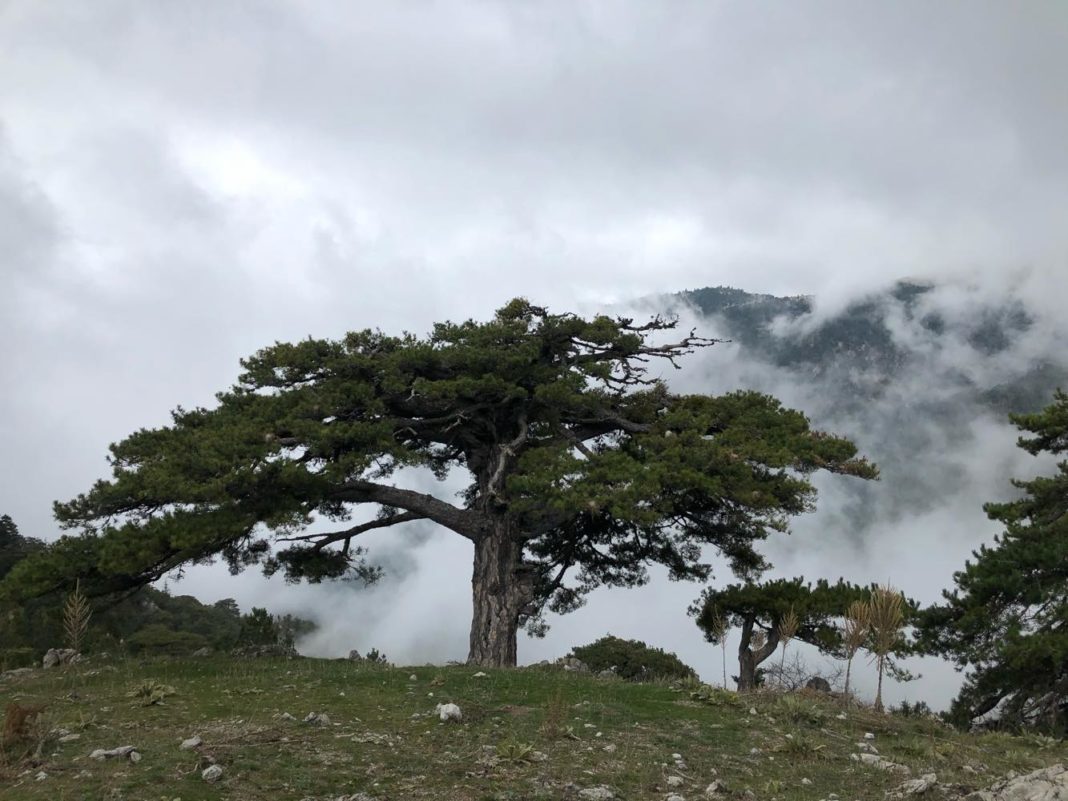 TRIKALA, Corinthia – According to legend, the nymph Maia gave birth to Zeus’ son Hermes in a cave near Lake Dasios on beautiful Mount Ziria, near Trikala in Corinthia. “When the Nymphs choose a place to give birth to a Greek God, you know it’s something special,” the Deputy Mayor of Xylokastro and Managing Director of the ski resort near Trikala, Spyros Apostolopoulos, told New Europe during a press trip to picturesque locale.

Zeus had impregnated Maia in the dead of night while all the other gods slept. “Maia secretly gave birth in the cave to avoid the wrath of Zeus’ wife Hera, who was cheated on many times and hid Hermes in the caves, who was tended by the nymphs that were in the gorge just behind it. The big mountain, Ziria, is in front and on the other side is the mountain, Mikri (small) Ziria,” he said.

Hermes left the cave and pursue other activities like stealing the cattle from Apollo. The myth says that Apollo then complained to Zeus and Hermes. In order to appease Apollo, Hermes seized and cut up a tortoise and used the hollow shell, along with reeds, an ox’s hide, and strings of sheep gut, to make the first lyre.

“He gave the lyre to Apollo, showed him the sounds of music and Apollo was appeased and forgave Hermes for stealing his cattle,” Apostolopoulos said. “It’s all close by, the nymphs in the gorge, the cave where Hermes was born, Apollo and his cattle. The mountain has everything from the myth.”

At the Pliadon Gi Mountain Resort Hotel in Kato Trikala, the timber, stone, and smell of wood burning in the fireplace, and the magnificent view of the two Zirias and waterfalls, create a relaxing atmosphere. 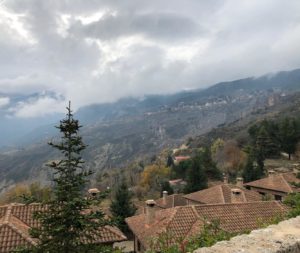 “Trikala is a mountainous place that is close to Athens. Its infrastructure is developing gradually. It has a good climate, good food, and a long history in mountain tourism. We have built a small ski resort on the mountain that secures safe access and a comfortable stay for a few hours. It’s good for beginners and ideal for families with small kids,” Apostolopoulos said. “It’s important to see a mountain that is a mountain – free and open. We’re trying hard to preserve it.”

Ziria has also a route for cross-country skiing. “It’s an exceptional activity because you can easily get to 1,500 metres because the road is always open from snow. From then on, you can wear your skis and climb to the top and enjoy 800 metres of incredible views. We also invest in non-intensive mountain tourism activities. Trikala works also without snow, nearby exertions, we have pure nature. We try to keep quality standards,” Apostolopoulos said.

Apostolopoulos takes pride in personally creating mountain trails. “We have over 50 kilometres of trails, clean and clearly marked. It still needs work but you can easily take a walk on the mountain.”