The mainstreaming of corruption

Founder of the Krytyka Polityczna movement, he is Director of the Institute for Advanced Study in Warsaw and a fellow at the Robert Bosch Academy in Berlin. 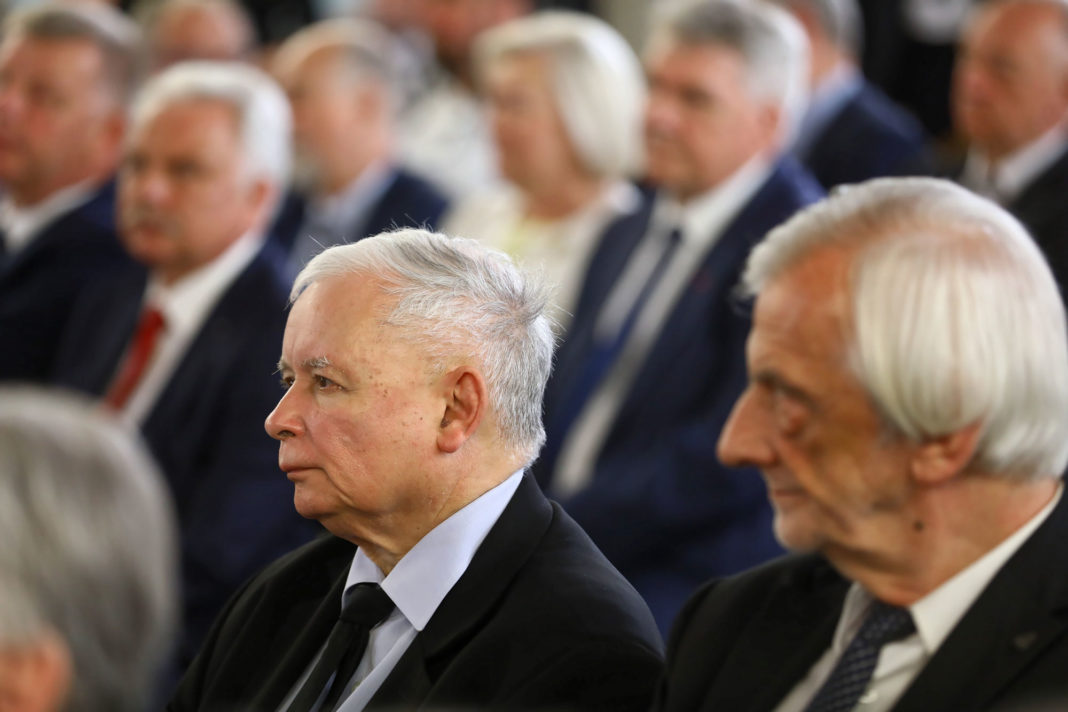 As we have seen in recent years, domination by a populist party can lead to the deep polarisation of an electorate. But it also erodes the ethical fabric of political life. Unable to defeat populists through the usual methods, traditional parties have begun to emulate their opponents, leaving voters with no alternative but to embrace cynicism.

In many countries, even supporters of anti-populist parties have begun consciously accepting pathological behavior, rule-breaking, and even illegal acts on the part of their chosen political representatives. Following Gresham’s Law, which holds that bad money drives out the good, opposition forces increasingly feel compelled to scheme and cheat in order to win.

As a result, politicians with scruples will find themselves at a disadvantage. With more and more voters concluding that populists must be beaten at their own game, opposition parties are faced with a choice between upholding their ethical standards and saving liberal democracy.

Under these conditions, politicians do not have to worry about losing their supporters’ trust if they break the law in service to the party. But this tends to favor the populists already in power. Hence, Poland’s ruling Law and Justice (PiS) party and Fidesz in Hungary have enjoyed an unprecedented degree of immunity from political scandals.

Distinguishing between corruption in the name of the party and corruption in the interest of the individual is key. In Poland, PiS Chairman Jarosław Kaczyński condones outright nepotism and institutional corruption, but condemns other forms of self-dealing. PiS officials are routinely hired by state-owned enterprises, but with the understanding that they will donate a share of their earnings to the party. And Kaczyński himself has reportedly pursued a deal with an Austrian businessman to build two skyscrapers on land owned by a PiS-connected firm.

By contrast, when it was revealed that Polish Prime Minister Beata Szydło had paid her ministers bonuses equivalent to ten months’ salary, Kaczynski demanded that the money be donated to charity and pushed through legislation to cut parliamentary and top government salaries. Polish MPs now earn about €1,800 net per month (members of the European Parliament earn nearly €8,800), which is good for the party image, but not good for preventing corruption. More recently, Kaczyński forced the resignation of a long-time political ally, the marshal of the Sejm (parliament), Marek Kuchciński, following revelations that he had used a government plane for private travel.

Kaczyński understands that PiS supporters will accept “institutional” corruption that benefits the party, but not corruption that benefits the individual. When a politician embezzles money or misuses government resources (as Kuchciński did), voters can see that such acts do not benefit them. But when a politician is found to have offered bribes or awarded cushy jobs in exchange for donations to the party, voters can see how those corrupt dealings might advance the “greater good.”

The University of Warsaw’s Przemysław Sadura and I have just published research  into Polish voters’ attitudes one month prior to Poland’s 13 October parliamentary election. Our findings reveal the extent to which cynicism has taken hold of the Polish electorate. Consider, for example, the following representative responses from a PiS voter:

Should politicians like Kaczyński be forgiven for engaging in corruption to some degree?

– Not necessarily. If we’re talking about individual material benefit, then no, he’s finished.

What if it weren’t to benefit himself, but his mother?

– If it were for the party, for the greater good, then yes, I’d be inclined to forgive him.

For the party, not for himself?

Individual corruption may be bad not only because it violates moral standards, but also because it damages the image of the party.

It is easy to imagine that hardline supporters of US President Donald J. Trump or British Prime Minister Boris Johnson would offer similar responses. Across the West, political cynicism is upending the rules of politics, and creating two separate ethical spheres. Acts that voters would regard as unacceptable in most other domains of life suddenly become virtuous in a partisan political context.

Politicians like Hungarian Prime Minister Viktor Orbán and Kaczyński started their careers in the mainstream and embraced populism as a tool to realize their political ambitions. But politicians who have been populists from the outset have proven even more scandal-proof. Trump and Matteo Salvini of the Lega party in Italy, for example, actually derive legitimacy from scandal. By antagonising elites, the media, foreign institutions (above all European), and the judiciary, and by violating norms with abandon, they have claimed the mantle of “authenticity.” Political scandals, no matter how numerous, do not undermine such figures; on the contrary, they make martyrs of them.

By definition, opposition parties have fewer opportunities to engage in public corruption, because they are not in power. But if they can find a way to overthrow ruling populists by taking the low road, the evidence suggests that their supporters will not judge them too harshly for it.