The EU at a tipping point 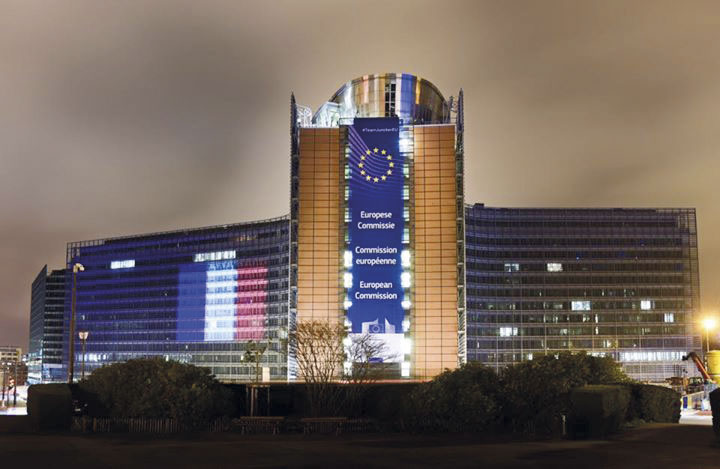 Belgium- Brussels : It gets more difficult, year after year, to be hopeful about the future; about what is to come.

As the illusion that we can only experience our daily realities passively sets in, we lose touch with the historical truth that each individual can change the world; that fights to make it a better place are not lost in the fray.

Our justice systems are for the most part shameful, our societies misguided by media-driven consumerism, and our faith in the political future tarnished by the tainted leaders of the past who dig their nails as deep into the political structures as they can, so as to remain part of the present by force.

Yet, much like the night sky, consumed by the infinite darkness, it is the shining stars of our world that we can not only be inspired by, but also rely upon to navigate the dark.

Darkness is the image of Alan Kurdi, the Syrian three-year-old that washed up on a Turkish beach, after the boat his family was on capsized in their journey from Turkey to Greece. An image that haunts humanity; an image that is counterbalanced by that of Sandra Tsiligeridu, embracing a Syrian refugee she rescued on her holidays. With her one arm wrapped around his body to provide warmth, and with the other holding his head to her chest like a mother consoling a bullied child, Sandra’s star shines bright.

The Crisis of Human Beings

The refugee crisis, migration crisis, or whatever the dominant political rhetoric of the moment wants to label it, is a reality that will not change, as people seek to escape their misery, whether to find the European dream of economic prosperity, or the turmoil of conflict. Behind the labels is a crisis of mankind. The kind of crisis that the European Union emerged stronger for dealing with after WWII. A different kind of people some say; but flesh and blood has no type (medical punnery aside) save for the definitions of short-sighted political opportunists like Donald Trump.

It is undeniable that cultural differences among peoples give birth to challenges. It is unquestionable that societies taking people in need to do everything possible to facilitate integration.

“We will not turn our backs to those in need of our protection” Europe’s de facto President, Jean-Claude Juncker says repeatedly to hammer the message home. This is high time for Europe to give a new European Dream to the world, and be what America once was; a home of dreamers. So that ‘we will not turn our backs’ becomes ‘we will open our lands, not to those who want to claim generous social benefits, but to those who want to be make their European dream come true; to build their new lives of prosperity’.

But for this to happen, starting new business needs to be simpler and see less red tape, hiring labour has to allow for exemptions in social and insurance contributions for parts of the population that experience the highest unemployment rates, and corporate tax has to be drastically reduced. This of course doesn’t tackle the complexities of integration, but would give a new vision for the European Dream.

The European Union at a tipping point

The EU has long struggled to please all of its members. Lowest common denominator politics has dominated, only to be reinforced by the most shameful of policies – not the UK’s rebate, but the opt-outs. Opt-out from Schengen, opt-out from the monetary union, opt-out from the legislation relating to freedom, justice, and security.

‘More union in our Union’ said President Juncker. A fair deal for not just the UK, but also for all the EU’s Member States when it comes to the UK. The European project has no future if it is to continue the path of lowest common denominator politics. It stands at a tipping point, but whether it tip in the direction of integration or disintegration is in the hands of promiscuous, power-hungry leaders.

Integration would mean a transition to a state where we see no more opt-outs for locally unpopular policies that governments simply do not want to pass to plug their parties’ leaking electorate. Harmonisation in more legislation. Yes, even the building of a European army. The  European Border and Coast Guard will be a small first step in that direction, and is a European proposal that is the most significant that the EU has seen for integration in a long time.

On the question of the UK, the EU must remain relentless. All-in, or best-friends with free-trade benefits. No participation in EU decision making, and no enjoyment of what all other countries have to make more concessions for. As disillusioned as it may seem, David Cameron has one choice if he is to keep the UK in the EU: to ‘own-it’.

Hypothetical excerpt from Cameron’s internal meeting that could trickle into speeches: “Not only should we stay in the EU, but we should OWN IT. We should be the ones calling the shots, not Germany. We need to be the leaders in this Union, which we have offered so much to”. Perhaps the last part is hyperbole, but if the UK is to stay in, and at the same time the EU is to tip in the right direction, this is the only choice.

“Big on big things, small on small things”: and a note on the European Commission

What was meant by this powerful piece of rhetoric – beyond making for a great soundbyte, was that the EU will pick its battles, and focus on few important things rather than spread itself thin. Sadly, in 2015, the battles came to Europe, and there was no picking to be done.

A word of warning though. Small things in Europe matter, and to the average citizen, it is the many small things that often impact them in their daily lives. At least at the level of the European Commission, the EU’s executive, it is important to also be big on the small things – in so far as they cannot be left to vast system and only occasionally politically monitored.

The European Commission cannot, in its present structure be big on the small things however. The Commissioners – who are the leaders of the ‘Ministries’ – known as the ‘Directorates-General’ in euro-speak, do not even have offices in the buildings where all of their staff is housed. Instead, they stay at the headquarters – the Berlaymont building – along with their political cabinets.

Folklore has it that occasionally when Commissioners visit the various buildings, the security doesn’t let them in because they don’t recognise them. Unless the Commissioners can stay at their buildings 4 days a week and work from the Berlaymont only on Wednesdays when the College of Commissioners meet, the institution cannot move forward.

It is no longer something we look ahead to. The night has come. It’s ongoing, and our citizens and leaders need to take this into consideration, reboot, and change their patterns; whether they are to become a blinding light, or glimmer of hope in our World.