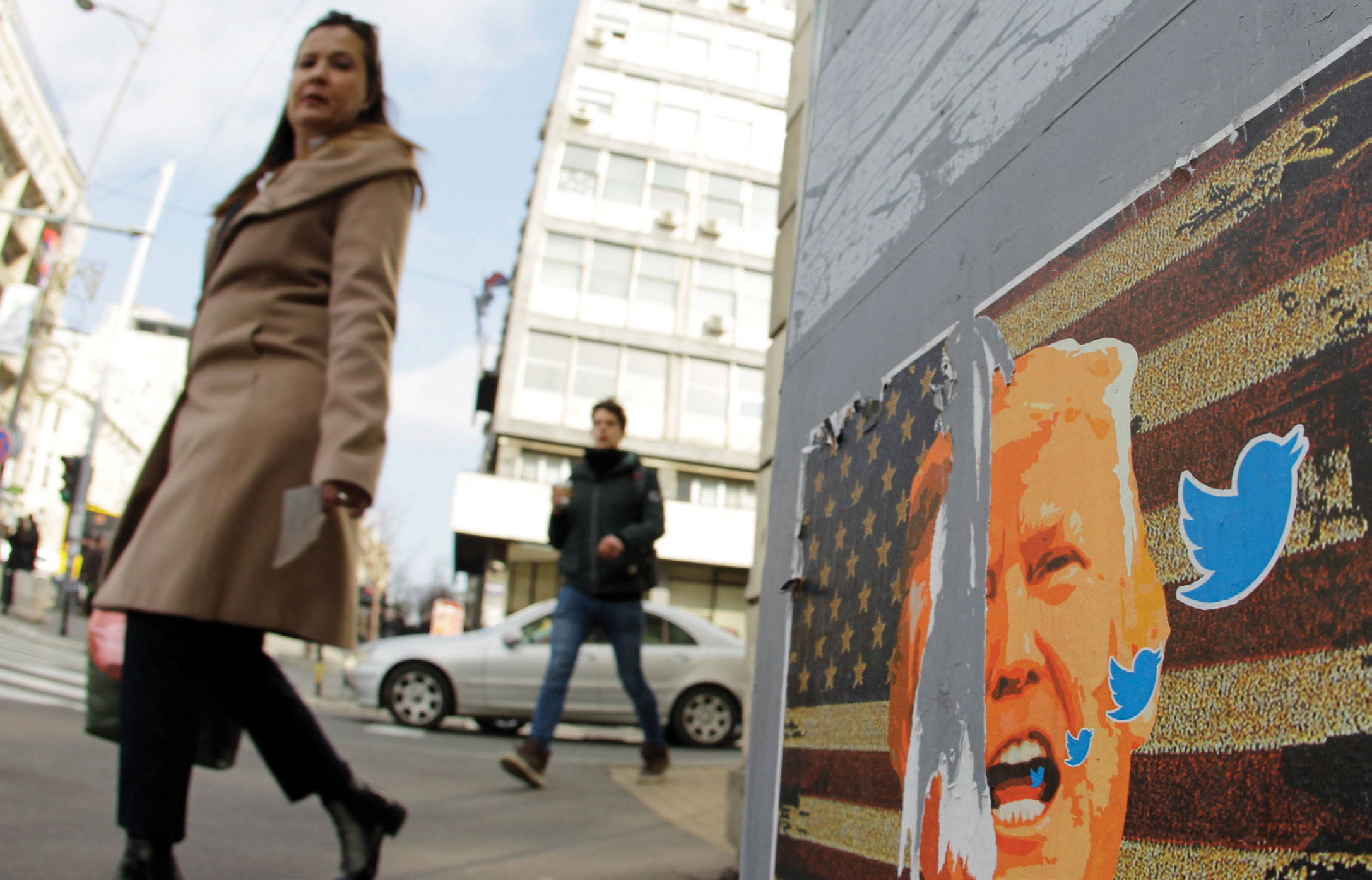 Within the first few days of 2018, Donald Trump had appeared to threaten Kim Jong Un with nuclear war, take credit for 2017 being the safest year in commercial aviation worldwide, and reassured his 46.3 million followers that he was a “very stable genius”. Since beginning his run for President, Trump’s late night social media escapades have made for amusing, concerning, and at times embarrassing reading. With just a few characters, he has insulted political heavyweights, undermined entire countries – allies of the US, and appeared to endorse right-wing extremist sentiment in the US and beyond.

Twitter appears to be the President’s sole communications method, with no overarching strategy in sight. It’s been widely reported that he refuses to engage directly with media, with his last press conference over 320 days ago; the Washington Post is counting. He has shown little respect for fundamental public relations principles, with a shambolic interview given to the Wall Street Journal. Similarly, his appointment of Anthony Scaramucci, an ex-hedge fund manager, as White House spokesperson last year, shows little understanding for how effective PR works.

To ensure longevity however, in 2018 Trump would do well to expand and overhaul his communications strategy. Taking a step back from Twitter is not a bad way to start.

Trump’s almost exclusive use of Twitter as a communications tool does make some sense, however. It’s a powerful interactive tool that allows him to share his messages directly with the public, side-stepping media bias. As a seasoned salesman, he also uses Twitter to keep himself in the limelight, control the news agenda, and establish an endless echo chamber that confirms his own preferences.  Highlighting this, a graph published by a user on Reddit last year amusingly examines the link between the frequency of Donald Trump’s tweets, and the hours when he’s watching his favourite morning news show, Fox and Friends, widely considered to be a propaganda machine. While watching, Trump fires off his highest number of tweets, often praising the show and commenting on its guests. With these tweets, he sets the tone for the day, and even the news agenda. Aware of his allegiance to the show, Fox and Friends closely monitor Trump’s tweets, allegedly choosing their guests to align with Trump’s own interests, feeding the cycle further.

Social media itself can be used intelligently, even put to good diplomatic and political use. Influential leaders such as Barack Obama, Justin Trudeau, and Emmanuel Macron know this well. Obama – or rather his team of communications experts – was responsible for the most popular tweet of 2017. Macron and Trudeau partnered last May to validate rumours of a budding bromance, shooting a viral video of them meeting in France that was first posted on Macron’s Twitter.

The French President is also a keen Periscoper, broadcasting all his foreign visits and important speeches live online, sometimes to the detriment of traditional TV crews who aren’t given access.

However, these leaders are not popular because of their social media presence alone. They have carefully and painstakingly cultivated public images through clever and comprehensive communications strategies. Importantly, they recognise that Twitter is not the be all and end all of external communications, but one of many tools used to fine-tune their political image. The use of traditional communications tactics cannot therefore be underestimated. Social media, for all its immediacy and people power, still does not have the same gravitas as traditional engagement with journalists. While this has started to change among younger generations, there is still some way to go.

Macron may carry out headline-grabbing PR moments, but he also supplements them with the solemn staging of occasions that he knows will help him build his statesmanship, without attracting significant criticism. This was perhaps most evident during the recent funerals of two of the most loved French cultural figureheads: the writer Jean d’Ormesson, and the rockstar Johnny Hallyday.  Both times, Macron was one of the first to react, expressing his sadness on Twitter in the middle of the night. But he did not stop there, and asked that national ceremonies be organised, where he spoke at length, as all French TV stations were broadcasting live… He struck the right tone to lead the French people’s tribute; and it was a masterclass in political communications.

Another case in point: at the recent climate summit in France, the French created a big Twitter splash, with #MakeOurPlanetGreatAgain trending globally. But this was only one aspect of the President’s communications plan. He spoke passionately to national and international news journalists about France’s – and his position – in the debate, showing the public and his political counterparts how serious he is about climate change. The story was covered by publications all over the world.

2018 promises to be just as, if not more, challenging for Europe and the European project more than ever. Brexit will test the European Union’s reputation.

Angela Merkel, still striving to pull together a government is no longer in the strong position she once was, able to protect the European project as she did. The pressure from immigration continues, again putting the Union’s reputation to the test.

More than ever, creative and diverse communications solutions are needed to overcome public scepticism and counter the frivolity of Twitter diplomacy.

After all, diplomacy cannot be made with a click, but it takes just one to crush a reputation, end a relationship, or destroy a nearly done deal.