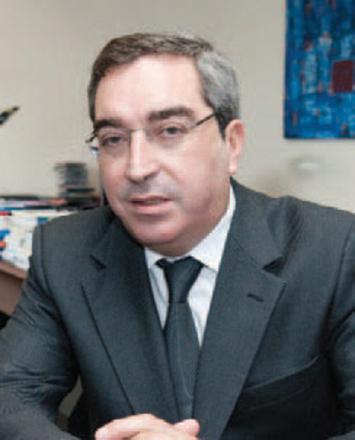 General Manager of the Innovation and Knowledge Society in Portugal

The Clustering Capital is the most direct answer to the expectations of a more competitive society. Competitiveness is a global trend that crosses different people, firms and other relevant actors of society towards an agenda of effective ambition. The Clustering Capital  is the commitment between those who want a different roadmap for the future and those that want to build a new strategic capability for society.

The Clustering Capital is based on a stronger coordination among the different partners towards action: develop active policies towards the participation of SME in global networks; reinforce the role of “Clusters of Innovation” as Centers of Excellence for new areas of knowledge (biotech, renewables energies, new communications); reinvent the role of Universities as active players in the development of a culture of competitiveness among civil society; enable the States to progressively eliminate obstacles to investment and innovation;

The perspectives faced by the Horizon 2020 are a good example of this new strategic vision for a new agenda of excellence. But it´s not enough. It must be effectively complemented with an active participation of policymakers in disseminating the new message for the future. The Porter effect will be an effective and strong enabler to the social and economical development of the institutions and the citizens. That´s why we need new programs, new answers, new solutions.

In this way, the extremely positive experience of integrated projects like the “Poles of Competitiveness” and Clusters of Innovation across the different regions should be replicated in other European countries. It allows – as it can be confirmed by its results – a very strong commitment between the implementation of a global national economic strategy and specific areas of regional development, which is now considered by the European Union as a key enabler for the future.

This new economic strategy demands an effective Partnership Contract between all the actors (States, Universities, Companies, Civil Society), in order to build a real Strategy of Confidence in the implementation of the different policies. The focus on Innovation and Knowledge as the drivers of creating added value with international dissemination is a unique challenge that may be the answer to a new way of interaction between those who have the responsibility of thinking and those that have the responsibility of producing goods and services.

It´ s time to believe in a new cycle for Europe. Reinventing the Competitiveness Agenda and giving the European Actors (States, Universities, Enterprises, Civil Society) the opportunity of developing new challenges focused on innovation and creativity is in a large sense giving a central contribution to the reinvention of Europe. This is the basis for the Clustering  Society. This is the basis for a new individual and collective agenda.