Terrorism is not Islam 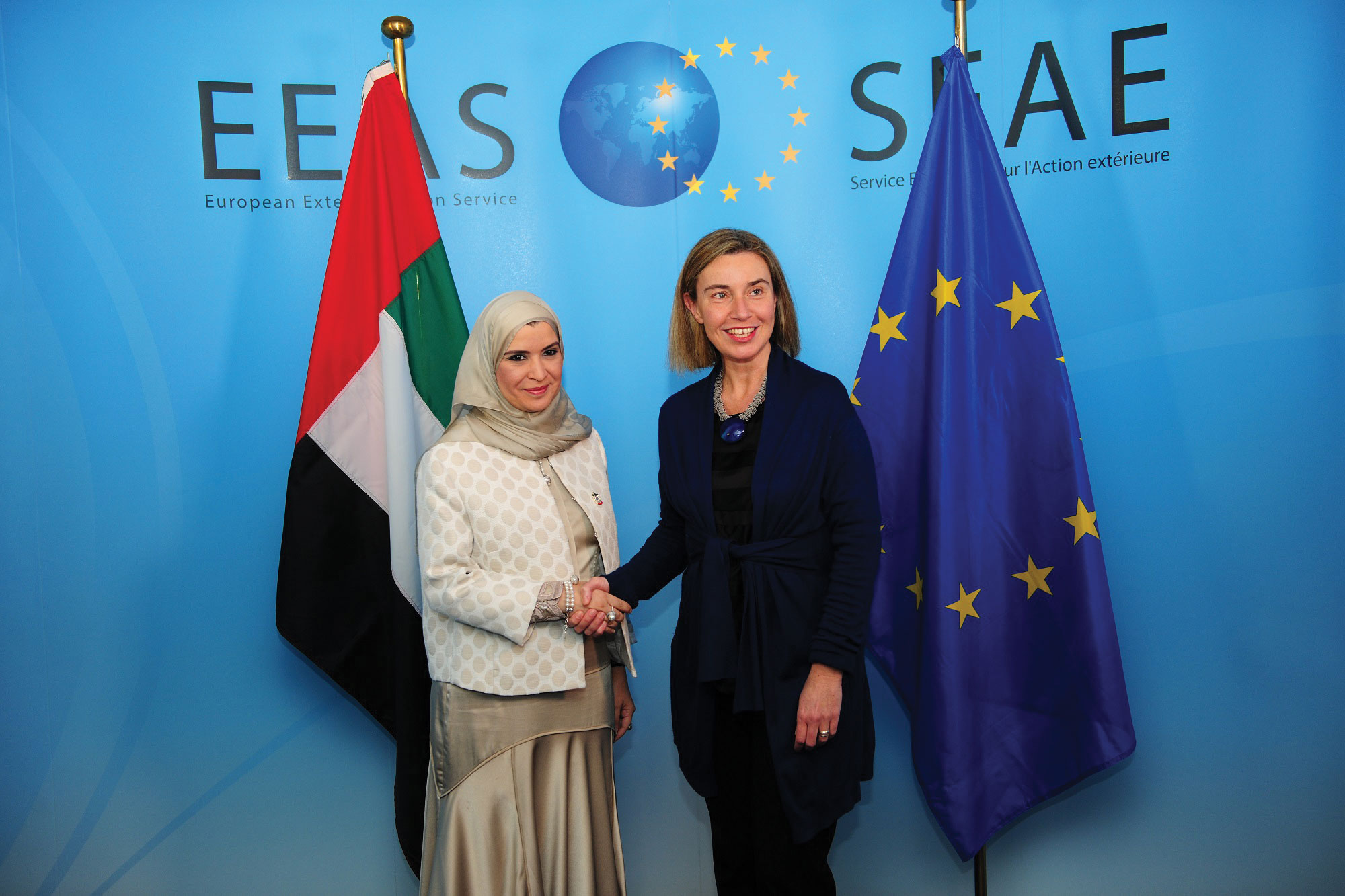 Dr. Amal Abdullah Al Qubaisi was the first and only woman elected to the Federal National Council (FNC) of the United Arab Emirates (UAE) in 2006. Since then, in subsequent electoral terms, she has risen from member to deputy-speaker. At the end of 2015, she was elected the FNC’s president.

During her visit to the EU’s capital last week to meet with the EU leadership, Al Qubaisi sought to “build bridges of communication and better understanding.”

Dr. Al Qubaisi sat down with Alexandros Koronakis to discuss some of the most burning issues of today’s world: terrorism, the refugee crisis and the empowerment of women. Her first words were to express her deepest condolences “to the victims of the explosions that happened here in Brussels” by men who she described as cowards.

“We have to show solidarity too and we have to join forces as we all stand on one side and fight against terrorism and extremism,” she said.

Al Qubaisi is a politician who radiates humanity. She recounted her visit to the Maelbeek Station where a young woman was grieving. She had lost her best friend in the terror attacks. “I lost him, he was only 20 years old and we were studying law together,” the woman told her. As the young woman became more emotional, Al Qubaisi reached out and hugged her. The woman embraced her and started to cry on her shoulder. Al Qubaisi was observably moved by the incident, saying “I managed to be there for her when she needed someone beside her”.

Terrorism is not Islam

The message that the Muslim faith and terrorism are not connected is one that Al Qubaisi insists must be heard even louder.

“Islam has been hijacked by a group of ill people who have their own agenda,” she explained. “These people have nothing to do with religion. Islam is a religion of peace and we, as Muslims, share the same values as the Christians and with all the religions.”

Describing Islam as a religion of “peace and not intolerance,” Al Qubaisi was very unifying in her message: “We cannot let [the terrorists] win… because if they make us think that we have barriers and there is a gap between the religions, and that Muslims are terrorists… [This will] set us apart.”

During her meetings with HRVP Federica Mogherini and European Parliament President Martin Schulz, both leaders asked Al Qubaisi to keep projecting the very important message that Islam has been hijacked by extremists.

Al Qubaisi wasn’t sure what kind of welcome she would receive, but Mogherini and Schulz shared her thoughts about not allowing the terrorists to be tied to the Muslim faith in the eyes of the public.

“I was really, not only relieved, but also that we are both on the right track and that we are now joining forces so we can have the implementation of initiatives and partnerships… That they can join us and work against terrorism.”

Taking the message back home

When asked how this message can echo, not only in Europe, but also back in the UAE, Al Qubaisi spoke about the strides taken, not just in civil society but in the legal infrastructure.

The first priority, she said, is “drying the resources that finance them and combatting terrorism though also trying to work on ideology of our people and also the youth, because you need to create an immunity system so they cannot be brainwashed”.

Al Qubaisi expressed concern for the great extent to which terrorists are using the internet to target children. “Your children and mine,” she emphasised, “are not safe because [the terrorists] can get through to them via digital communication.”

On the legal side, she noted: “In 2015, we issued a law that makes hate and any discrimination because of religion a crime”.  Earlier in 2008, a law was issued to target the finances of terrorist organisations.

But the UAE is not tackling this alone. “We have joined forces with international organisations and import expertise from all over the world,” she said.

Before her trip to Brussels, Al Qubaisi was in Vienna, where the migration crisis is “changing the political map”.

“I know the impact of the refugee issue here in europe … people are very afraid and are also very frustrated. They want a change and … they are worried about the impact of refugees on their societies.”

With one of the biggest criticisms against the UAE being that they have not taken in any refugees, Al Qubaisi was quick to explain that many different types of support efforts have been made.

“We have 240,000 Syrians” in the UAE, she explained. “We have offered them jobs, and we have around 30,000 Syrian children studying for free in our schools.”

Al Qubaisi hopes that the refugees will be able to return and restore Syria. “We believe that we shouldn’t treat refugees as migrants. Refugees are innocent people who had to flee from their own country out of fear because they would have lost their lives. You need to stabilise them somewhere temporarily, so that they can always go back and rebuild their country,” she said.

The UAE has also pledged over €1bn for the refugee crisis. Two camps have been built that can house a total of 20,000 refugees in Jordan, hospitals, schools and mobile clinics have also been built, according to Al Qubaisi.

“We offer humanitarian aid through Red Crescent, inside Syria and Jordan. We also support countries like Turkey, Iraq, Lebanon that are hosting many of the refugees,” she said.

Al Qubaisi spoke firmly about UAE’s role. “When people say we don’t do our duty, I say no.”

“At the end of the day we have an ethical duty towards them as human beings and we have also a religious duty as Muslims,” she added.

Women in UAE politics and workforce

The UAE has the youngest minister in the world, who heads up the country’s Youth Ministry. The minister was selected by the prime minister of the UAE after asking every university to produce a short-list of three male and three female candidates.

Al Qubaisi’s astounding career in politics was preceded by the study of architecture, and University teaching. Asked whether she considers herself a role model by young women, Al Qubaisi did not hesitate: “Yes we are looked upon as role models. Not only for young women but for the whole society, men and women. Because we are committed and work hard, and we didn’t reach where we are easily. We have proven that we are qualified to be where we are. The UAE have been very wise in the way that they thought that development won’t be achieved unless you empower all of society.”

The system for voting the parliamentarians in the UAE foresees that half of the 40 federal representatives are elected by the citizens of the UAE, while the other half are selected by the Electoral College and the leaders of each Emirate.

Al Qubaisi praised the progress made by the UAE. “We have eight female ministers, we have judges and diplomats and more than 30% of working positions are held by women. Also, women make up 66% of the federal workforce and, not only that, but you’ll find women fighters, women in the army.”

Mariam Al Mansoori, the first female fighter pilot of the UAE, was “the fighter who was the first to hit ISIS”, Al Qubaisi continued.

“It’s competence and qualification that really determined who gets the job; it has nothing to do with being a man or a woman anymore. So we have transformed in the UAE, from women empowerment, to empowerment by women.”