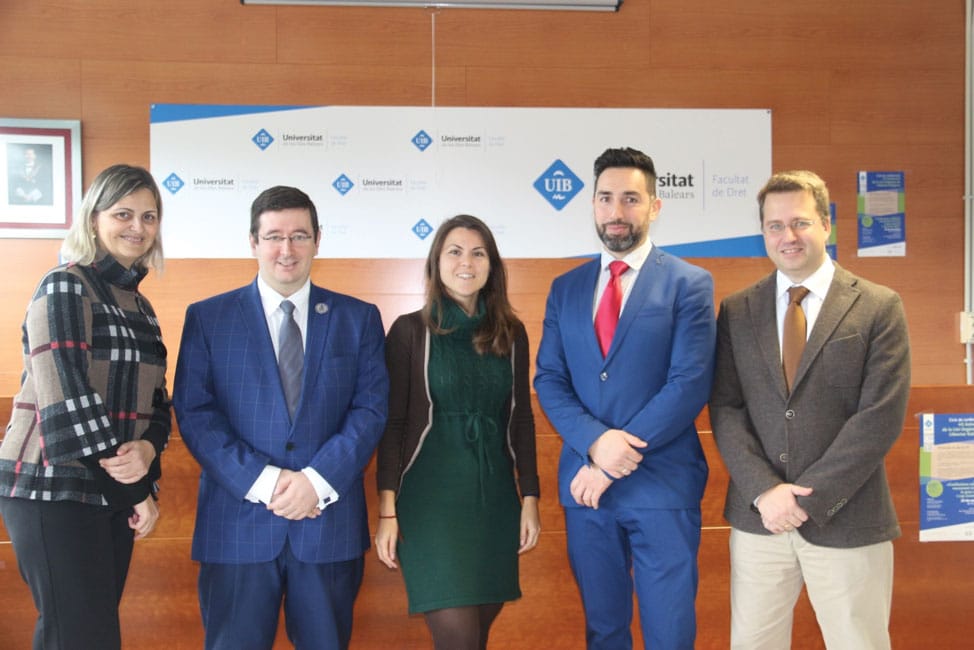 A representative of Spain’s Ministry of Justice has warned of a rise in the number of “intolerant and extremist” speeches about religious identity while representatives from Church of Scientology and the Bahá’í Community warn that there should be more equality.

According to information published by the Spanish daily Diario de Mallorca on the 40th anniversary of the Spain’s Religious Freedom Law, the Law Faculty of the University of the Balearic Islands launched a series of conferences with visiting government officials responsible for inter-religious relations and others from the Pluralism and Coexistence Foundation, as well as representatives from the Church of Scientology and the Bahá’í Community

Spain’s Religious Freedom Law was the first law approved under a new constitution that was drafted in the wake of Fascist dictator Francisco Franco’s death in 1975. At the time of its adoption, the law was unanimously approved.

This illustrates the importance that was given to the regulation of this fundamental right at that time, as highlighted by the different experts who participated in the inaugural session of this cycle of conferences, which were organised by the host university’s Private Law Department.

The conference kicked off on November 15 with Ana Gallego, the Director- General of International Legal Cooperation, Relations with the Faith denominations and Human Rights  of the Ministry of Justice; Mercedes Murillo, the Deputy Director-General of Relations with the Faith Denominations at the Justice ministry; Inés Mazarrasa , the director of the Foundation Pluralism and Coexistence Foundation, and Puerto García, the Foundation’s deputy director all in attendence.

Catalina Pons-Estel, a professor of Civil Law at the UIB and an organiser of the event along with Professor of Ecclesiastical Law at the Autonomous University of Madrid Marcos González both stated that religious freedom enjoys a high degree of protection at the legal level in Spain.

“There are still challenges at the sociological level, but not so much in the legal framework,” said Gallego, who added, “normally and without too much tension everyone needs to be alert to certain speeches that try to instrumentalise religious identity as part of an intolerant and extremist discourse”. Gallego went on to say that this was a challenge for all societies and that it “can only be stopped by insisting on the public administration of religious fact, with equality between religious denominations, the neutrality of the State, and social diversity from the viewpoint of religion”.

The number of religious entities listed as of today in the Justice Ministry’s special register total 19,271, with more added every year. Some 12,000 are Roman Catholic entities and another 5,000 linked to other large confessions, including 1,700 related to Islam and 3,200 associated with Evangelical Protestants. There are also Churches and Missions of Scientology, the Baha’is, the Church of Later Day Saints, Jehovah’s Witnesses, Sikhs, Buddhists, Hinduists, and many others.

“Religious communities that are merely registered in the Register of Religious Entities of the Ministry of Justice of Spain are the vast majority,” said Marcos González, a Director of the Methodological Institute of Ecclesiastical Law.

“Although current treatment in general has improved in recent years and there is some sort of cooperation, the situation and equal treatment would improve for all if there would be no different categories based on numbers, and it would reduce social discrimination as well as radicalisation,” said Iván Arjona, the President of the Church of Scientology in Spain and its European Office for Public Affairs and Human Rights while speaking to New Europe.

Arjona’s comments were supported by Sergio Garcia, the director of the Public Affairs Office from Spain’s Baha’i community, who said, “The handling of ethno-religious diversity is not only a challenge to strengthen social cohesion and prevent conflicts and the processes of radicalisation, but also an opportunity to use the historical experience of religious groups and communities that have spent centuries trying to contribute to economic and social improvement. When involving religious groups and communities in processes linked to public policies, one has to ensure that the work takes the form of collaboration and selfless action for the common good”.

González and Pons-Estel told New Europe that the presentations have given the attendees the chance to get to know more about the Church of Scientology and the Bahá’í Community, adding, “These religious communities want to have more advantages and be more visible and that there will be more cooperation with them from the public authorities as mandated by the Spanish Constitution”.