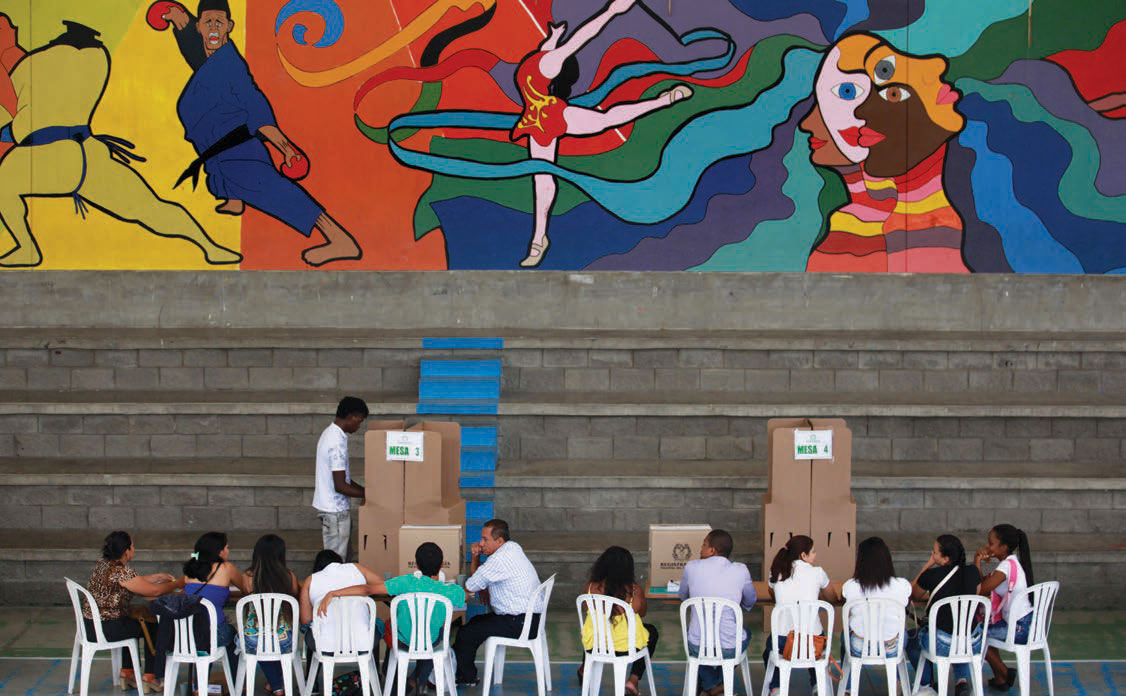 Latin America – Latin America is going through a series of surprisingly turbulences. A specter is hunting the sub continent, the specter of human crisis. A deep mistrust in politicians and in democratic system has emerged from the most recent Latino Barometro. Corruption ranks as top concern for Millennials in the region.  Human crisis emerged when social fabric is deteriorated, when the values of humanism, dignity, liberty, democracy, equality, the rule of law, are weak or systematically broken. As a consequence, governance is confronted.

The social pact between institutions and citizens is shattered. Individuals are becoming unresponsive to democracy. However there is an antidote: social civic activism, citizens’ empowerment and social civic entrepreneurship are growing forces to recover societies from human crisis.  From Amazonia’s rivers to Brasilia, from Mexico City to Bogota`, resilient Latin American citizens are slowly rediscovering the meaning of citizenships their rights and duties. Above all citizens are participating and reacting against human crisis.

Brazil, the largest economy of the subcontinent, is in recession. GDP shrank nearly 4 percent in 2016 and unemployment went up to 11 percent, while an impressive number of Brazil’s legislators either in the Federal Chamber or State Governments or in the local municipalities, faces criminal charges and corruption allegations stain all of Brazil’s main political parties.  The country is shaken by waves of citizens rallying for transparency, eager to build the country the want for the future.

Corruption comes as crucial issue in Mexico, as shown by a citizens-driven initiative called Ley 3de3 aimed at holding officials accountable through public declarations of personal assets, possible conflicts of interests, and taxes. The legislation received more than five times the number of voter signatures necessary for legislative debate, although it ended up getting watered down by Congress over the summer.

Venezuelans are facing a horrible humanitarian and democratic crisis. Citizens have been denied basic human rights putting at stake human lives and killing the work of institutions. Yet citizens, individuals have organized themselves, have reacted against all the brutalities through peaceful and constitutional tools.

In Colombia, voters nearly rejected the historic peace deal ending 52 years’ of armed conflict and arbitrary violence. The No won by a tiny margin, less than half percent and push the government to struck a new deal with the counterpart. The Congress approved the deal. Citizens’ participation has been fundamental in this process.

Colombia, Brazil, Mexico, Venezuela are showing how deeply citizens, in particular Millennials are reacting. An increasing number of new technological tools are available to Latin Americans for ensuring more active participation in public life.  Individuals and citizens are becoming more familiar with these tools proven extremely useful to re-approaching public and institutions on the basis of a collaborative-problem solving dialogue. Citizens are coming back playing their role and need support.

However this is not enough. Social civic entrepreneurship is an even more powerful tool for social and democratic change.

Social entrepreneurs drive social innovation and transformation in a number of fields including education, health, environment and enterprise development.  In Brazil through the work of the Purpose Drive Resources Institute (PDR) a new generation of social entrepreneurs is rising up. They are highly motivated Millennials that are looking beyond the social impact their business is creating. They look at reinvesting resources and efforts in their communities including a civic component.

Thus social impact is adding local impact to civic commitment.   PDR is supporting them in the outskirts of São Paulo or on the Amazonians rivers with amazing results. Human relations and values, mutual help are at the basis of a partnership approach that defines the engagement for change existing between PDR and exceptional individuals with brilliant ideas and lack partners. We need to multiply this experience and connecting to similar ones already existing throughout Latin America. The sub-continent faces similar challenges and needs common solutions. PDR’s experience is disseminated and multiplied by Humanitas360 Institute- powered by PDR throughout Latin America.  It is a unique occasion to understand each other and co-create solutions, hacking the system to break invisibility and to improve it from a grass root perspective, which is exactly what it missing on many of our public policies in Latam.

At the very end we believe in a dynamic and hands-on way of doing philanthropy that puts humans at the center of the action overcoming the relationship benefactors and beneficiaries for partnership.  Grass root Philanthropy take philanthropists and partners into a transformative journey based on empathy.

Economic and democratic crisis will be faced also through social civic entrepreneurship.   The risk is that human crisis could easily turn into humanitarian crisis.  Where governance is so weak that government could not ensure basic services, and citizens are unresponsive to democratic mechanism, any external or internal shock could trigger harsh humanitarian crisis. Those are the cases of Haiti and Venezuela.