Slovenia puts cap on spending to stave off bailout 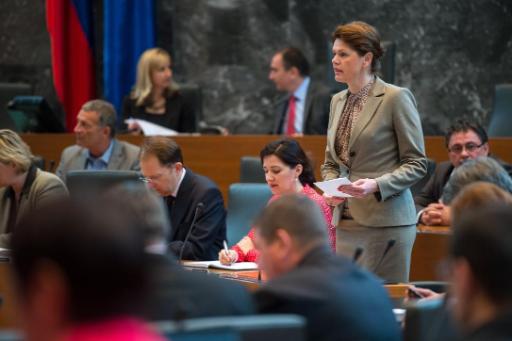 Trying to stave off the need for an international bailout, Slovenia's parliament on Friday adopted a cap on public spending.

The 78-8 vote in the assembly means Slovenia's constitution will be changed to require that the government budget be balanced — that is, it will not be allowed to spend more than it earns in taxes. The budget should be balanced by 2015, as demanded by the European Union.

Once an example of a successful socialist welfare state, Slovenia is racing to convince foreign investors it has a credible strategy to reduce debt and stay solvent, despite widespread claims by economists that it could become the sixth state in the 17-strong eurozone to seek a financial bailout.

In addition to a two percent hike in the retail sales tax, the government has recently pledged to privatize 15 state-owned companies in an austerity package that will be discussed by the European Commission when the EU's executive arm evaluates Slovenia's crisis measures.

Slovenia's public debt is set to surge to 71 percent of annual GDP in 2014 as the state faces huge costs saving its banks, which hold some 7 billion euros ($9 billion) in bad loans. The first ex-communist country to adopt the euro in 2007 has seen its public debt level more than double from 22 percent of GDP in 2008 to 54 percent last year.

Slovenian officials clashed for months over enshrining the balanced budget requirement in the constitution. The new prime minister, Alenka Bratusek, had previously insisted the budget could not be balanced before 2017, but gave in to demands to aim for 2015, as demanded by the opposition and the EU.

Bratusek told the parliament Friday that Slovenia must get its house in order for its own sake."We are doing this for ourselves," she said in response to claims that she made the U-turn because of pressure from Europe.