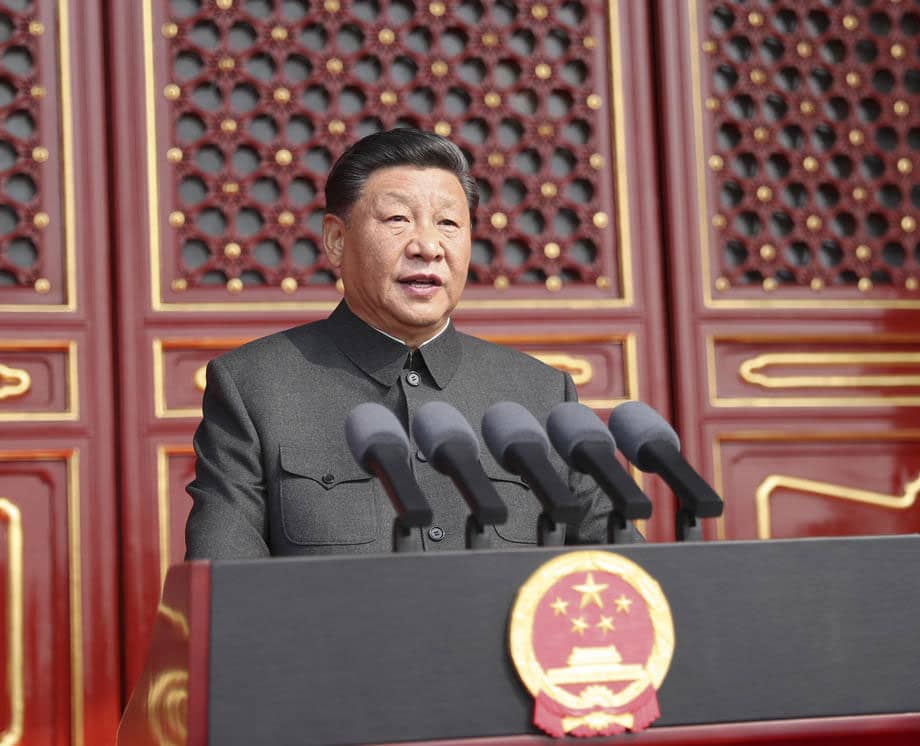 Whoever thinks that the shooting of a Hong Kong demonstrator while Chinese President Xi Jinping addressed – in a Mao Zedong-style suit, no less – a parade of 100,000 people in Beijing was not premeditated is either naïve or knows nothing about the true face of Communism.

Observing the various videos released by demonstrators, it seems that the point-blank shooting was not indented to kill, but was instead combined timed to be a clear message to both Hong Kong and the world.

The Chinese Communist Party has de facto abolished the semi-autonomous status of Hong Kong and has now placed it under the effective control of the Chinese army with more than 10,000 special operation troops stationed there. Hong Kong’s local administration and the police are now following orders from high-ranking Communist Party officials in Beijing.

In this context, if China decides to intervene it will unilaterally end the status of Hong Kong as a Special Administrative Region of the People’s Republic of China provided by the joint declaration that was signed by then-British Prime Minister Margaret Thatcher and Chinese Premier Zhao Ziyang in 1984, under which Cantonese-speaking Hong Kong would return to China in 1997 and be governed under the “one country, two systems” doctrine for 50 years.

The 70th-anniversary celebrations of the Communists’ takeover of China were, however, undermined by the pro-democracy demonstrations in Hong Kong. The protestors have attracted worldwide public attention and, most importantly, exposed a sense of panic that Communists officials have about whether or not their regime may soon end in the same way that it did for nearly all of the Communist parties around the world.

The Chinese experiment, which separates the Communist socio-political system into a political dictatorship and a Wild West-type market economy, has failed.

The market economy in China is technically private but under the total control of the Chinese Communist Party. The Party has granted ownership to private citizens from the country’s big corporations and let new ones develop, but only under the control of Communist Party apparatchiks. They, in turn, work for their own interests and profits under the political direction of the Party, which also has its share of the profits.

Labour laws in China don’t come close to meeting US or EU standards and protections, including many more cases that look like forced labour and abuses that the West has struggled to fight against since the dawn of the millennium.

This is an element to consider whenever the real trade war between the United States and China escalates. In order to contain China, and under the excuse of a lack of labour, Washington may well ban all Chinese products and introduce a generalised total embargo on China that Europe will be forced to follow in order to be “politically correct”.

Consequently, Russia will also have good reasons to follow suit.

Under this scenario, the Western business community will sense the likely outcome and American and European companies who operate in China will have started moving out before any official embargo is in place – a move that will, however, only be an afterthought.

The potential collapse of Communist dictatorship in China will, however, signify a real catastrophe for the Chinese economy as it will be followed by a chaotic period before a new order can be restored. Huge multi-national states like China, and the Soviet Union before it, do not adapt. They simply disappear.

The Hong Kong protestors openly ridiculed the seven-day, 70th-anniversary celebrations that began on 1 October and are marking, with the greatest fanfare, the establishment of Communist rule and the ironically named “People’s Republic”.

The commemorations were planned for months and are designed to be the most grandiose celebration in the history of the Chinese Communist Party. But put within the context of the demonstrations in Hong Kong, the celebrations have revealed that both the Party and its leader, Xi, have suffered a major political blow, both and domestically and internationally, when it comes to projecting China’s prestige.

China has a long road ahead before it ever arrives at any semblance of “normalisation”, no one doubts the simple fact that Communist rule in China eventually will end one day, just as it collapsed in the Soviet Union and all over Moscow’s Communist satellites in Eastern Europe more than a generation ago. One only has to remember that just a year before the fall of the Berlin Wall, hardly anyone standing at Checkpoint Charlie could ever have thought that the two Germanys would ever unite.

After the suppression of the Hong Kong protests, China will face a number of escalating problems, including sporadic internal reactions and growing criticism from the West, which will decelerate the pace of growth when it comes to projecting Beijing’s international political and financial influence.

Today (October 3), in the “one-country two-systems” China, the pro-Beijing political party in Hong Kong, Democratic Alliance for Betterment (DAB) requested the Beijing controlled administration to enforce emergency laws suppressing protests and authorizing arrest powers to the police at will and exert media censorship. This request, which is supported by pro-Chinese politicians and the police, came only one day after the shooting of a teenager demonstrator.

In this context, to divert people’s attention away from China’s mounting domestic deadlocks, aside from the still-unfolding situation in Hong Kong, Beijing may attempt to resolve the Taiwan “issue” or move to expand its military presence on the strategic islands in the South China Sea.

This will be only the beginning.