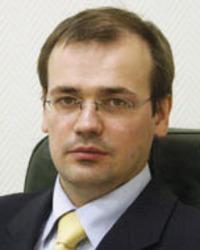 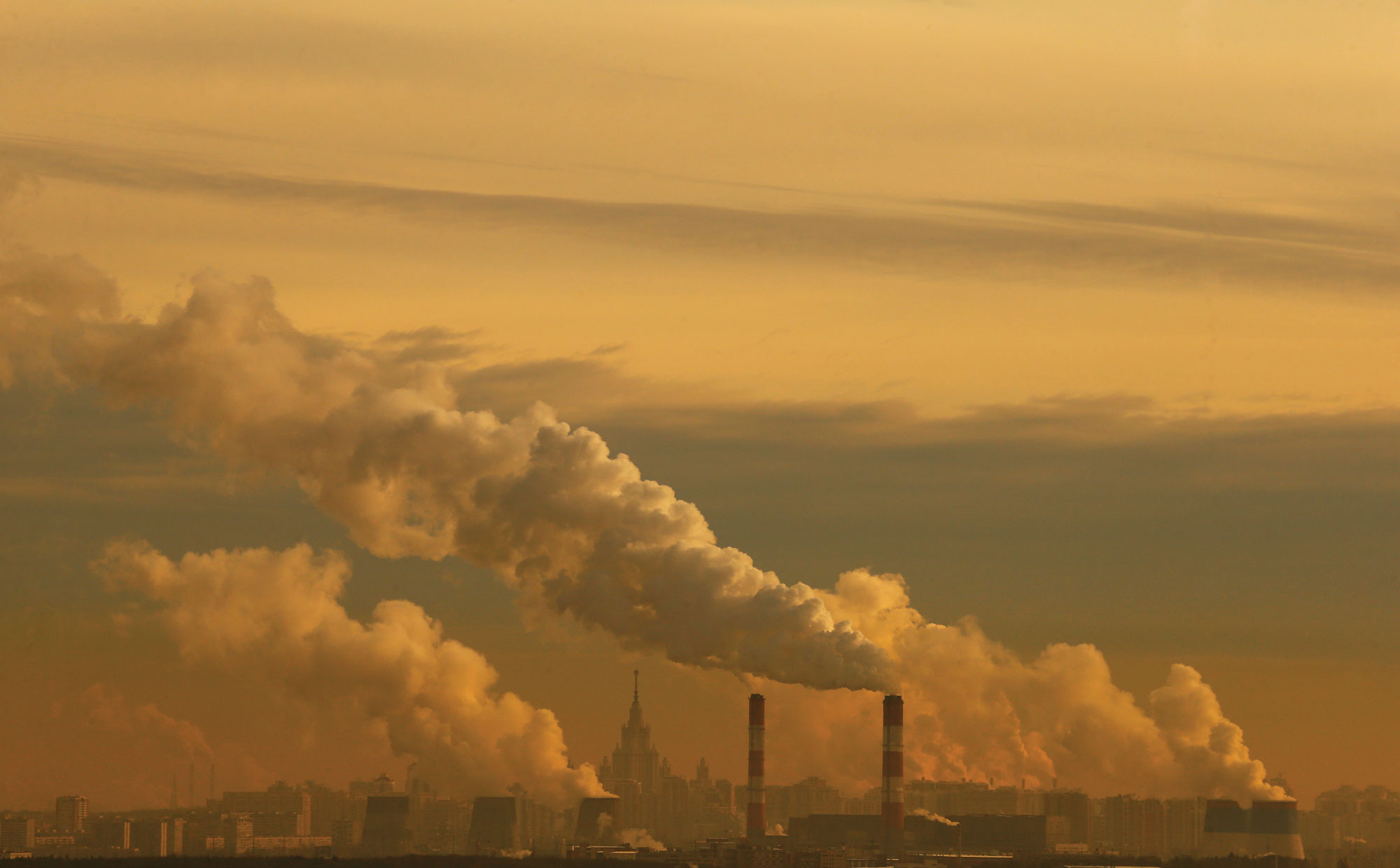 Gas exports by Gazprom to Europe and Turkey in 2017 were again successful. The Russian gas giant can definitely use these positive results for propaganda purposes. Yet, challenges are growing, and a new high is unlikely to be recorded. Besides, there will be fierce struggle for implementation of the Nord Stream-2 project.

According to the data Gazprom posted in January 2018, last year the company supplied 193.9 bcm of natural gas to countries outside the CIS. It was 14.6 bcm (8.1%) higher than the previous maximum reached in 2016. In 2016 Gazprom increased gas exports to countries outside the CIS by 12% to 179 bcm compared to 2015. Gazprom achieved two absolute highs for two years in a row, which is impressive on the background of permanent anti-Gazprom propaganda in the West and among some Russian experts claiming that Europe does not need gas of Gazprom. According to our calculations, some 170 bcm of Russian gas was delivered to the European Union in 2017, which was 16 bcm more than in 2016. Reverse supplies from Europe to Ukraine rose just by 3.1 bcm. Therefore, net exports of Russian gas to the EU advanced by approximately 13 bcm. Increase was almost equally distributed between Northwestern Europe (deliveries through Germany) and Southeastern Europe (transit via Ukraine).

Very important story for European market in 2017 was Explosion at Baumgarten gas hub. The accident may make stakeholders think about effectiveness of the European gas strategy that stipulates active development of exchange trade, gas hubs and the spot market, as well as focuses on creation of alternative gas receiving capacities. Interruptions of Russian gas supplies to some European countries caused by the explosion in Baumgarten provided a wonderful opportunity to prove effectiveness of the new arrangement. However, the result is absolutely opposite. The exchange trade option did not work – it turned out there was no extra gas at hubs during this unexpectedly emerged peak demand. During abnormally cold weather European consumers usually address Gazprom for additional gas quantities. It is the advantage of long-term contracts – such a supplier guarantees to cover seasonal peaks. There is no such guarantor on the spot market; therefore, there is nothing to cover the unexpected demand with.

It is remarkable that the crisis occurred in Italy – the most diversified country in Europe. In addition to Russian and Norwegian gas, Italy can receive the fuel from Northern Africa, and it also has several LNG terminals. However, neither liquefied natural gas nor piped gas supplies from Northern Africa helped Italy on the day of the Baumgarten blast, while spot prices jumped very significantly.

Therefore, the situation in Italy leads to the conclusion: diversification of suppliers is not a guarantee of gas availability, let alone lower gas prices, and the new European gas market arrangement has evident weaknesses. Spot pricing becomes a potential pitfall, if there is insufficient supply of gas. Any technical accident that results in decline in physical amounts of the fuel on the exchange sends prices sharply upwards. And no additional gas quantities appear at hubs.

A remarkable event happened in 2017. After several years’ lull caused by political pressure from Brussels on the system of long-term contracts in general and on the position of Russia as the largest supplier, a new 10-year contract was signed with the Croatian company Prvo Plinarsko Drustvo for supplying 1 billion cubic metres of gas. The agreement was reached as an extension of a short-term contract signed in late 2016 for supplying 1.5 billion cubic metres over nine months to Croatia. This means that the Croatian company decided to have a long-term contract for approximately half of its annual gas import requirements, which is also connected with a decline in the internal gas production in the country that went down by approximately 1 billion cubic metres from 2010 to 2016.

The situation on the Italian market would be easier, if the Southern Corridor project had been implemented and the ITGI gas pipeline through Greece had been laid. This is why at present Russia is ready to supply gas through the Black Sea – resources and the required infrastructure are already in place in Russia.

The accident at the Baumgarten gas hub in Austria gave an additional impetus to a very acute struggle for and against bypassing gas pipelines leading to Europe, and correspondingly the struggle of some Western elites for preservation of natural gas transit via Ukraine.

From the very beginning, the project to build an additional run of the Nord Stream gas pipeline caused active resistance on the part of the US, the European Commission, and a number of European Union countries, Poland and Lithuania taking the most irreconcilable position among them. The project participants – Gazprom and five major European companies (Anglo-Dutch Shell, Engie of France, OMV of Austria, and Germany’s Uniper and Wintershall) – in 2016 were not able to circumvent the barriers put up by the government of Poland that made it clear that it did not intend, for political reasons, to give permission to set up the Nord Stream 2 AG joint venture.

The project partners signed an agreement in April 2017 in which they made the commitment to provide long-term financing for 50% of the total cost of the project which is estimated at €9.5 billion now. The contribution of each of the European companies will be up to €950 million.

In May last year the partners signed an agreement on providing Nord Stream2 a bridge loan for up to 6.65 billion euros (inclusive of interest) for the period until project financing is organised. A deficit financing agreement was signed in June in case project financing could not be raised or was insufficient.

The partners provided Gazprom with mezzanine financing. This is usually an unsecured loan that gives the lender the right to buy a certain number of shares or bonds at a specified price during a certain period or involves the use of another mechanism giving the lender the right to participate in the future success of the project. The project will not require funding in 2017 and project financing is expected to be raised in 2018.

All financing decisions were passed and structured as US Congress was actively discussing the bill on expanding sanctions against Russia, proposed by American senators in early 2017. It was clear already that in both houses the bill would be passed by an overwhelming majority that prevented Trump from using his right of veto.

The new US President, Donald Trump, introduced a new law in August 2017 that directly states the US intention to resist the construction of the Nord Stream 2 gas pipeline that is said to act against the interests of Ukraine because it will strip it of its status as a transit country for Russian gas going to Europe.

After Congress had passed the law, there began rumblings of discontent in Europe. Even Jean-Claude Juncker, President of the European Commission, said that imposing sanctions on European companies was unacceptable and would cause the European Union to respond. German Foreign Minister Sigmar Gabriel and Austrian Chancellor Christian Kern issued a joint statement criticising the US interference in the European energy policy. The politicians said the US action was intended to support its own energy industry and American LNG export at the cost of worsening the position of the European economy and European gas users. Even German Chancellor Angela Merkel, an active critic of Russia’s foreign policy, made a public statement in support of Nord Stream-2.

Much will be determined for Turkish Stream in 2018 too. The failed coup attempt in Turkey which Erdogan fairly reasonably suspects his NATO partners to have supported made the Turkish leader accelerate the normalisation of relations with Russia. The potential for pressure on Ankara was considerably reduced for Washington and Brussels thereafter, which had a positive effect on the speed of the Turkish Stream construction. There is a high probability that as soon as next year Turkey will start receiving gas along the new route and the second run of the gas pipeline may be launched in 2019 that will enable supplying Russian gas through Turkish territory to the neighbouring countries, primarily Bulgaria and Greece. The infrastructure for that is already being actively built with the support of the European Union that has for a decade considered the Southern Gas Corridor through Turkey an important route for diversifying its gas portfolio. At the same time, the new sources of supply are meagre enough.

The situation at the beginning of 2018 looks quite positive for Gazprom in the sphere of struggle for the northern part of the European market – statistical results are good, and Germany continues to provide political support to the pipeline project. The Nord Stream 2 looks economically substantiated on the background of permanent attempts of Ukraine to raise transit fees. Yet, it does mean political risks of the Nord Stream 2 are fully removed. Therefore, the struggle will continue. The situation will depend also on the US stance and a political situation in the European Union.