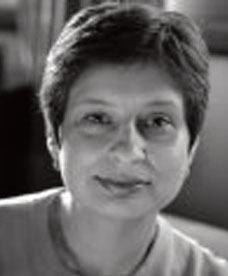 Professor of International Affairs at The New School and a senior fellow at the World Policy Institute. She is the granddaughter of former Soviet leader Nikita Khrushchev.

In his widely broadcast annual press conference last month, Russian President Vladimir Putin was confident and condescending, animated only when criticising Ukraine for skirmishes in the Black Sea or railing against the West’s “unfair” complaints about Russia’s behaviour. Asserting that America’s withdrawal from the 1987 Intermediate-Range Nuclear Forces Treaty demands that Russia develop new weapons, he sneered, “And they should not whine later that we are allegedly trying to gain certain advantages.”

Putin’s character was a cross between the Soviet ambassador in “Dr Strangelove,” promising to close the “Doomsday gap” with the West, and Ded Moroz (Father Frost), who miraculously resolves people’s problems. This is a diminished repertoire for Putin, who has spent the last 18 years playing everything from a caring father to the nation to a judo-fighting James Bond. More important, it was less believable than ever.

Putin built his authority on direct contact with Russian society. Early in his presidency, he would traverse all of Russia’s 11 time zones promising – and often delivering – real income growth, better infrastructure, and national renewal. In fact, the recent press conference – the 14th of its kind – looked a lot like another of Putin’s oft-repeated public performances: “Direct Line,” a live broadcast in which he answers (scripted) questions from Russians.

In what was probably also scripted, the press conferences included “journalists” stepping up to ask questions – and then being revealed to be ordinary Russians who had been duped by corrupt officials. One such aggrieved character received in response to her complaints Putin’s personal pledge to “look into the problem.”

But, amid falling living standards and increasing global hostility, Putin’s televised promises simply don’t fool anybody anymore – and not just because of falling confidence in televised news broadcasts (from 79% to 49% over the last decade). Russians also have their doubts about Putin’s leadership itself, as reflected by a sharp decline in his approval rating, from over 76% to 66%, in the last six months. Only 56% of Russians say that they would vote for him if an election were held tomorrow.

Of course, this is not news to the Kremlin, which has been attempting to change its tactics to get voters on side. Instead of counting on Putin’s personal pledges and performances, the authorities have increasingly focused on technocratic indicators of Russia’s development, while playing up the threat posed by the West.

The United States, Kremlin-controlled media warn, is withdrawing from decades-old nuclear agreements specifically so that it can nuke Russia. Add to that stories of the horrors of World War II, and complaints about living standards, the Kremlin hopes, will seem trifling by comparison.

But Putin may not be taking the challenge he faces seriously enough. During his third presidential term – he is now on his fourth – he focused more on defending his entourage from accusations of corruption or indifference than on keeping ordinary Russians happy. In true Soviet style, he remains more afraid of a palace coup than a public uprising. His landslide victory in last year’s presidential election reinforced this inclination, as it fed into the classic assumption of the longstanding autocrat: the public will love him no matter what.

The problem with a semi-authoritarian regime like Putin’s, however, is that people’s behaviour is not fully under the leader’s control. And, in today’s Russia, this extends to the news media, which report far more often – and more boldly – on social challenges, and the anger they stoke than outsiders might expect.

The Russian state never actually demanded a positive spin on coverage of social issues. So, when it comes to such issues, the level of free speech is akin to the glasnost (openness) of the 1980s. Even as media outlets toe the official line on topics relating to Ukraine and the West – not to mention, popular protests led by opposition leader Alexey Navalny – they still highlight people’s frustration with salaries, pensions, housing and parking rules, and taxes, among other issues.

Headlines about Russians’ “loss of faith” in their government, for example, have made it into Russian newspapers such as MK and Kommersant, and onto television networks like NTV. This is no anti-Putin conspiracy; rather, it is the Russian media doing its job, to the extent that a semi-free press can.

Russia’s news business is, after all, a business – one that needs customers to survive. So as media shift away from anti-Western propaganda and stories glorifying the past – which they, unlike the Kremlin, recognize is no longer what readers want – they are not just reporting on social issues; they are concocting their own sensational, audience-attracting doomsday headlines. Patriotism may be out, but alarmism is still in.

In this sense, Russia’s press recalls the potentially transformative power of glasnost. In the 1980s, coverage of social and historical injustices went into overdrive, creating a rift between hardliners who claimed to protect the state (reminiscent of the current Kremlin) and those who wanted to accelerate perestroika (restructuring). The hardliners’ failed 1991 coup hastened the collapse of the Soviet Union.

The Soviet Union failed partly because of the disconnect between ordinary people’s basic needs and the state’s superpower agenda, which made the population poorer. By claiming to defend the Motherland, while ignoring its people, Putin now risks making a similar mistake.

The national newspaper Vedomosti – by no means a liberal outlet – recently reported that Russians today don’t want “survival, but self-expression.” They want “protection by the law, respect, and a peaceful foreign policy.” Putin missed it because he only instructs the press; he doesn’t read it.