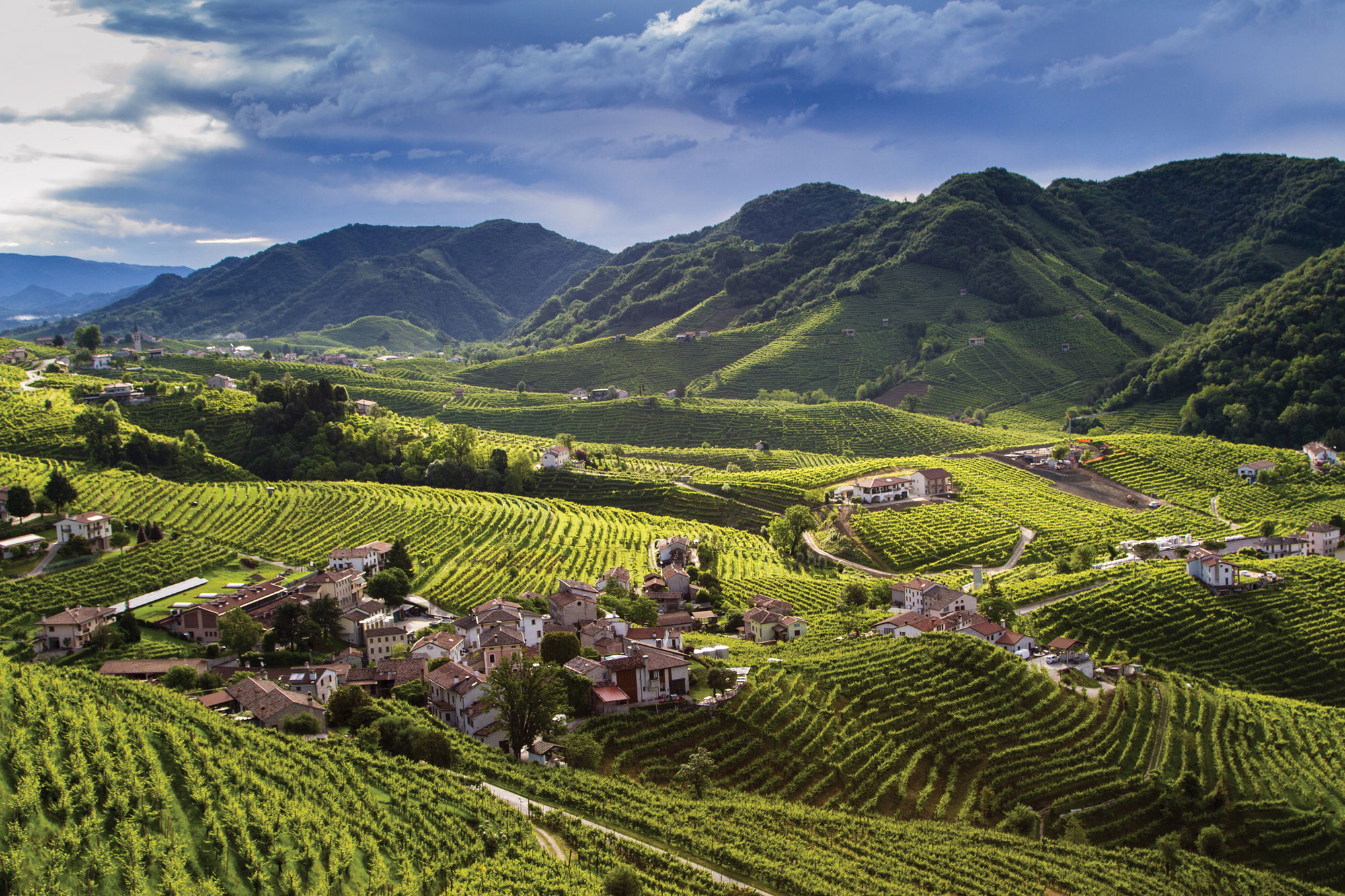 Fifteen municipalities in a single European ‘City of Wineʼ, 12 months and 180 events have all resulted in an increase of local tourism – 6% for arrivals and 8% for attendance. These are the positive results of Conegliano-Valdobbiadene as the European City of Wine 2016.

The official passing of the baton to Cambados, a town in Galicia, was held in Brussels last week, at Ca Veneto, the European headquarters of the Veneto region.

This was the first time an entire area (including these 15 municipalities) was awarded the title of “European City of Wine”. It was a major milestone as regards the promotion of the area, which is home to Italy’s oldest wine school. It is tangible proof that focusing on quality, excellence, professionalism and originality is always the right choice.

For the territory of Conegliano and Valdobbiadene, the New Year started with a new challenge: the national “nomination” by the Italian Commission of UNESCO, to nominate these hills for the World Heritage in Prosecco. The decision put forward by Agriculture Minister Maurizio Martina, and passed unanimously by the committee chaired by Franco Bernabe, represents a decisive step towards the entrance of the vineyards of the ‘Terre Alteʼ to UNESCO’s list of World Heritage Sites.

To be included in the list would mean being declared – on an international scale – a historical, environmental and cultural “city of wine”. As such it would mean committing all the more to the promotion and protection of a territory that from the combination of nature and vineyards has created a unique landscape.

During the ceremony, the President of Veneto Region Luca Zaia was awarded the title of the “Ambassador of Culture and Territory of Conegliano Valdobbiadene the European City of Wine”.

Zaia has shown a connection with the territory declared the 2016 European City of Wine. It is about personalities who have distinguished themselves in their personal and professional contexts and who will have the task of bringing the message of European city of wine within and across national boundaries.

Floriano Zambon, the mayor of Conegliano, told New Europe that the UNESCO recognition could serve an important boost for tourism in the “prosecco” area which is located between two important tourist destinations like Venice with its coast and the Dolomites.

“We made important efforts then to upgrade our tourist infrastructure and be ready to face this challenge. In our area in the past the business tourism was very important while now for various reasons in our hotel we see more and more leisure visitors coming to our province to taste our wines and enjoy our cultural offer.”

The data are very encouraging for the Italian Northern wine.

“Our Denomination is a worldwide success story,” said Innocente Nardi, the president of the Producers’ Consortium for Conegliano Valdobbiadene Prosecco Superiore DOCG. “It starts off in an area limited to 15 communes between Conegliano and Valdobbiadene and which – ever since the creation of the Denomination in 1969 – has never widened its borders, notwithstanding the fact that its sales continue to increase. The latest figures forecast that around 90m bottles have been sold in 2016, a rise of 8% compared to 2015. The maintenance of the same area of land under vine is an exceptional element of merit.”

Nardi also stressed the “strong sense of identity that our wine has for us producers, to the extent that it has become an Italian region that we have put forward as a candidate to become a UNESCO World Heritage Site”.

Meanwhile, export markets have experienced growth of 7.5% in value terms, remaining essentially stable with regard to volumes.

Germany, the leading export market for the Denomination, grew by 7% in value despite a context of contraction in imports of sparkling wines. The British market regained second place in the world rankings for sparkling wine imports and Conegliano Valdobbiadene Prosecco Superiore DOCG showed a growth in sales of 21% in value compared to 2014.

In 2015, the United States was once again the top nation in the world for sparkling wine imports, with strong growth in value, up 29% on 2014.