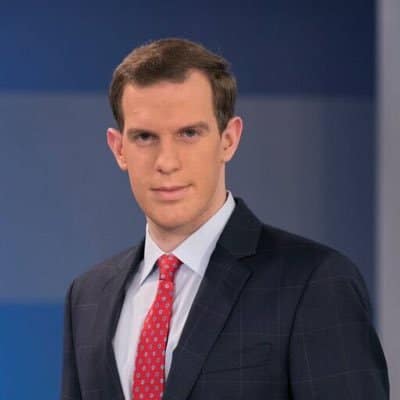 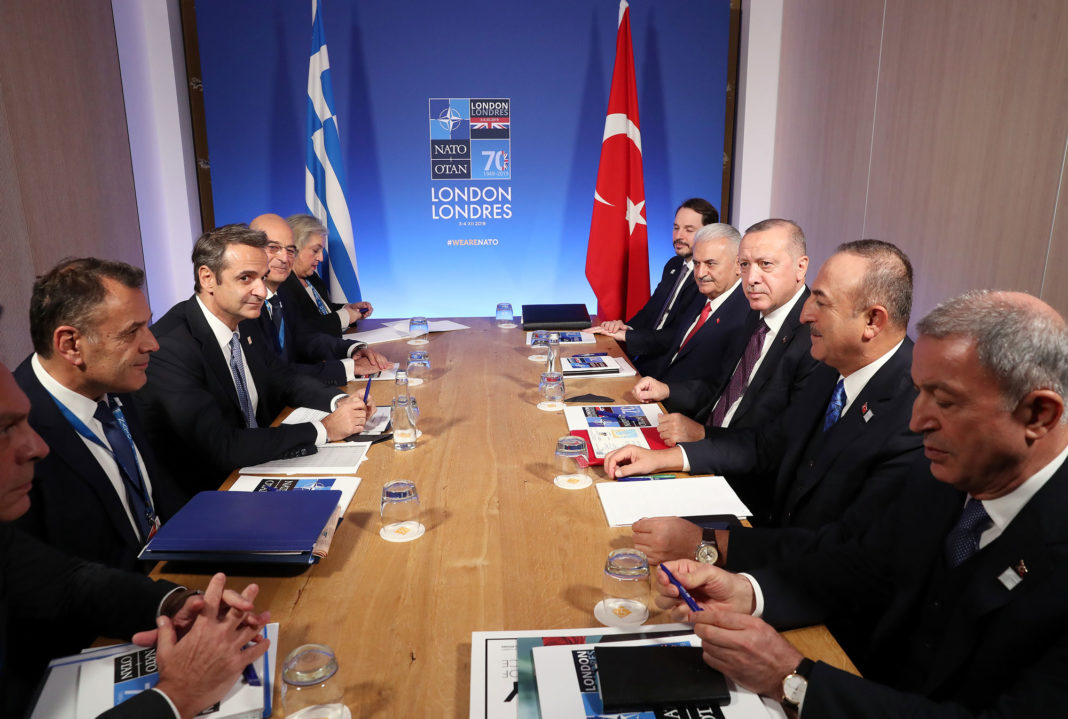 Body language is sometimes much more indicative, as was the case during a key December 4 meeting between Greek Prime Minister Kyriakos Mitsotakis and Turkey’s president, Recep Tayyip Erdogan, on the sidelines of a contentious NATO meeting in London.

Mitsotakis arrived unusually late to the meeting due to a delay during a working lunch with US President Donald J. Trump and other countries that spend at least 2% of their GDP on defence. Mitsotakis briefly explained the situation to Erdogan, who coolly noted that he was already aware of the situation.

A second formal meeting in three months between a Greek prime minister and Erdogan is unusual and generally does not occur without an urgent matter being on the table. he Greek side had asked for a quick “pull-aside-meeting” during the NATO gathering, but Erdogan’s team came back with a proposal for a proper bilateral discussion that ended up being more extensive than had been originally planned.

Both Mitsotakis and Erdogan were carefully prepared for the meeting. Erdogan, who has ruled over Turkey since 2002, has met with several Greek prime ministers in the last 17 years. Before his rendezvous with Mitsotakis, Erdogan met Queen Elizabeth II in Buckingham Palace for a formal reception while Mitsotakis met with his foreign and defence ministers, as well as his diplomatic and national security advisors.

Mitsotakis briefly brought up their previous meeting in September when addressing Erdogan before he then itemised a series of incidents carried out by the Turks that have helped exacerbate tensions between the two traditional rivals. The discussion, which lasted for an hour and a half, was frank, and not hostile, but failed to resolve the hostile status quo.

The most recent bone of contention between Athens and Ankara has centred on effort by Erdogan to use dubious geographic justifications to declare an Exclusive Economic Zone with the government of Libya, a country that does not share a land or maritime border with Turkey. With his newly demarcated zone, Erdogan ignored the hundreds of Greek islands in the Aegean and Mediterranean seas that lay between the countries.

By drawing up its own EEZ, without consulting any of its Eastern Mediterranean neighbours, Turkey is openly challenging the right of the Greek state to conduct oil and gas exploration projects off the island of Crete.

The Turks rushed to pass the memorandum of understanding that it signed with the Libyan government in Tripoli in the hope that it might be officially adopted by the UN. This is highly unlikely, however, as the officials that Ankara made the deal with are not recognised as the legitimate Libyan government. According to sources who spoke with New Europe, Erdogan has faced intense pressure from both France and Germany for his deal with the Libyans, but he still appears to show no signs that he plans to reverse course.

Erdogan however is fearing that the Fayez al Sarraj regime in Tripoli might not hold up due to international pressure and the advance of Russian-backed General Khalifa Haftar, who is based in Tobruk, is challenging the authority of the Tripoli government.

Greece has responded by expelling Libya’s ambassador to Athens for not providing the Greek authorities with details of Erdogan’s deal with al Sarraj. The Mitsotakis government says the memorandum of understanding is illegal according to maritime law.

The international community has overwhelmingly backed Athens in the dispute with the European Union standing in full solidarity with Greece and Cyprus regarding Turkey’s actions in the Eastern Mediterranean. “Turkey needs to respect the sovereignty and the sovereign rights of all EU member states,” the European External Action Service said in a statement on December 4.

The EU and US have both deemed Ankara’s actions as illegal and have called on the Turks to halt all further provocative moves.

Israel has also reiterated its full support and solidarity with Greece in its maritime zones and its opposition to any attempt by Turkey to violate those rights.

MItsotakis bluntly confronted Erdogan about his reasons for doing little-to-nothing to stop the increase in the flow of migrants over Greece’s borders. . Erdogan was not overly hostile to Greece when this particular issue raised, but he did ask that Mitsotakis put pressure on the EU to take a more lenient approach to Turkey regarding the migrant issue, particularly in regards to 4 million asylum seekers that the Turks’ are currently hosting.

European Commission President Ursula von der Leyen spoke with Erdogan after the latter’s meeting with Mitsotakis. This was followed by a visit to Athens from the EU’s new vice-president, Margaritis Schinas and Migration Commissioner Ylva Johansson flying to Ankara in an effort to establish a new communications link with Erdogan’s officials.

Schinas hoped to achieve a breakthrough with a new pact for asylum seekers that would be in line with a system for the return of migrants to their countries of origin.