New round of Syrian talks begins in Kazakh capital 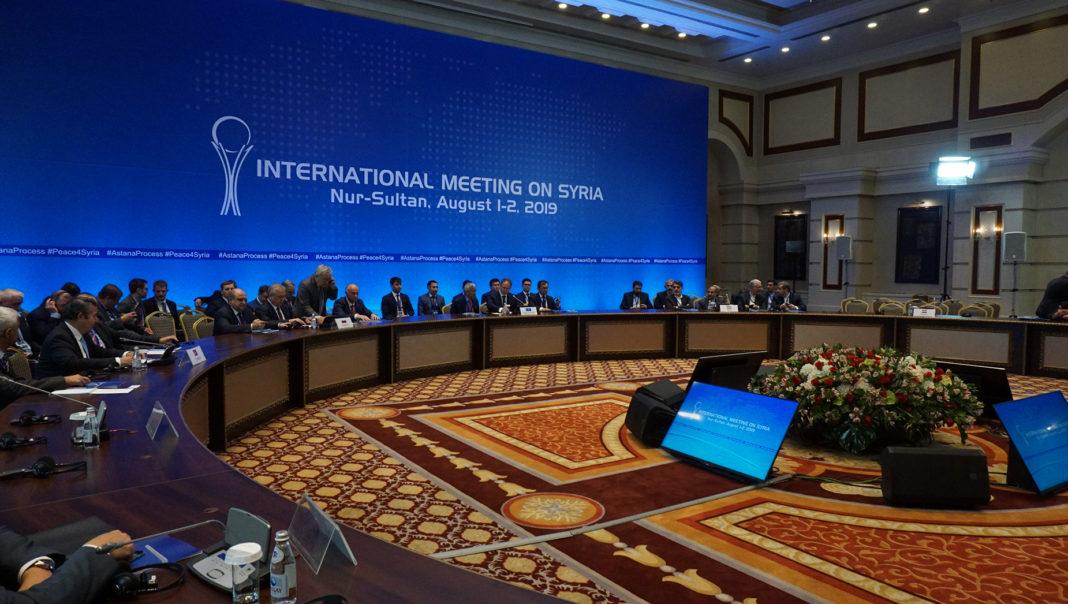 NUR-SULTAN, Kazakhstan – On 10 December, the first day of the 14th round of Syrian talks started this morning in the capital of Kazakhstan with the participation of all sides of the Astana process.

“Including a delegation of the Syrian opposition of 12 people arrived for the talks. Special Envoy of the UN Secretary General for Syria Geir Pedersen also arrived to Nur-Sultan at night,” Smadiyarov said.

Pedersen missed the 13th round of Syrian talks due to illness. The Russian delegation was led by the Special Representative of the President of Russia for Syria, Alexander Lavrentiev.

Turkey was represented at the level of the deputy head of the foreign ministry – Sedat Önal. Iran – at the level of Senior Assistant to the Minister for Foreign Affairs for Political Affairs Ali Asghar Haji.

All negotiations had been held behind closed doors for the press. But Lavrentyev answered to some questions in sidelines of meeting. Journalists asked him, if the committee on the Syrian Constitution will move to Damascus. “No, we are not discussing this issue. We have agreed with the special envoy of the UN Secretary General to create a committee in Geneva and are ready to provide our assistance. But the committee could be moved to Damascus when the conditions will be favourable,” Lavrentiev said.

On 11 December, a plenary meeting will be held with participation of all sides of Astana process: delegations of guarantor countries – Iran, Russia and Turkey, the Syrian government and the Syrian armed opposition.