Politician, Chairman of the Democratic Party of Moldova, Vice-President of Socialist International 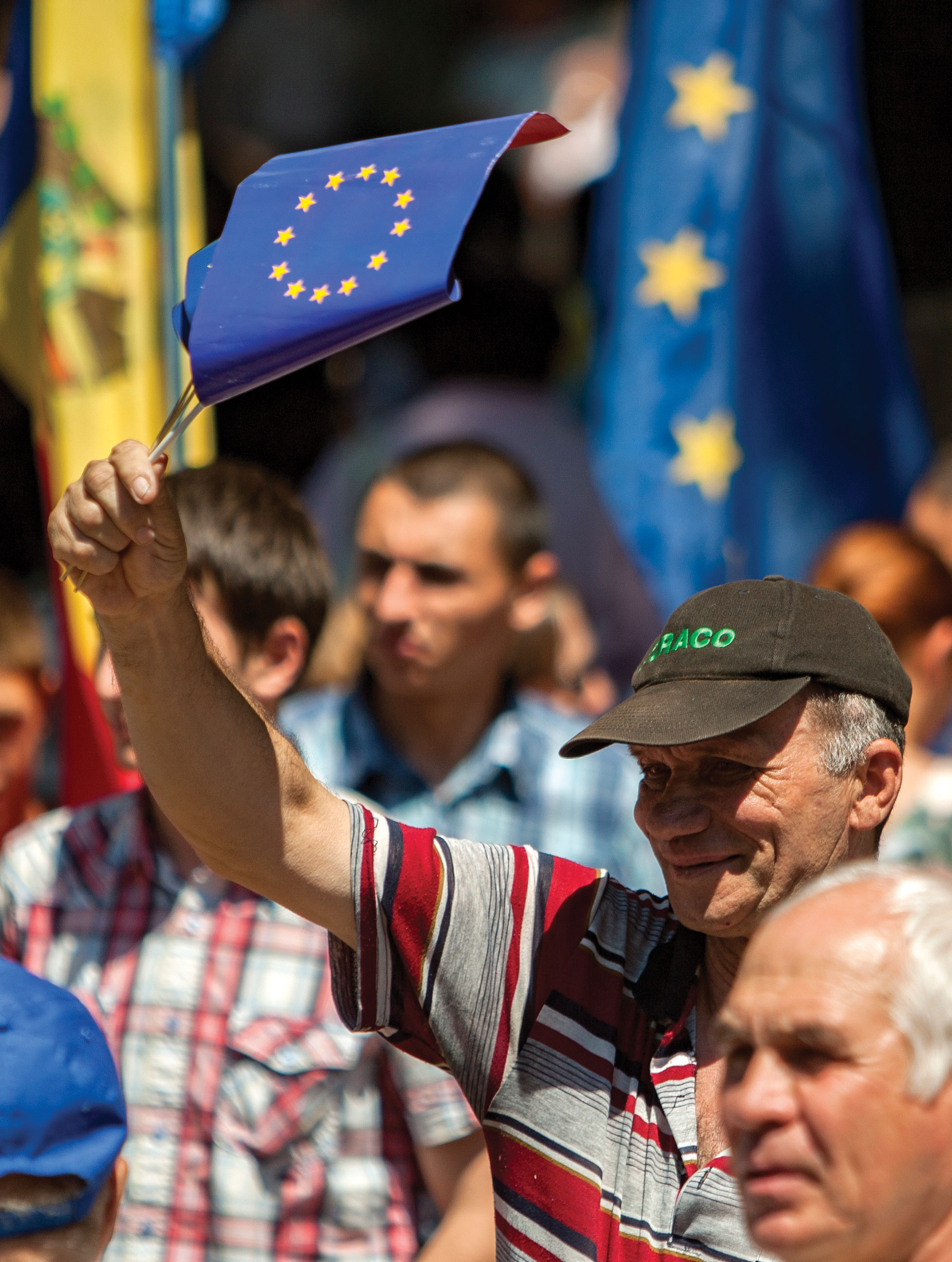 For the leadership of Moldova’s ruling coalition, the recent EU – Moldova Association Council held on 3 May represented the perfect opportunity to pause, to reflect on our progress in the last two years, and to set – together with our European partners – the path forward and the expectations for the year ahead.

Guided by our European commitment and with the EU’s help, we have done well: economic growth is robust, new structural reforms are producing encouraging results, incomes and standards of living have risen, and a majority of the country supports greater European integration. In view of this year’s parliamentary elections, the challenge is how to consolidate this European vision for the future and make our commitments irreversible. This is where we hope – with our European partners – to contribute to a historic achievement.

Euroscepticism has undeservedly but undeniably gained ground in many parts of Europe. In many European countries, these days it is rare to see headlines praising the EU’s transformative force, and many populist-leaning outlets are happy to place blame for any ills on the seemingly remote doorstep of the EU.

In Moldova, however the EU still remains a source of inspiration, expertise, and support for our pro-European government. In 2016, in a very polarised atmosphere and with an economy in massive need of investments and trust, the EU stepped in to define a new and well-designed roadmap of reforms in partnership with the new government, helping bring a sense of normalcy back to Moldova after several tumultuous years and allowing the young administration to focus on implementing new reforms and finding the right pace toward integration.

Two years on, the results of that partnership speak for themselves, and the EU’s recently confirmed macro-financial assistance will allow for an even greater pace of reforms and the implementation of key development projects. Moldova’s economy expanded by 4.5% in 2017 and has been one of the fastest growing in Europe, and both employment and foreign investments are on the rise. Massive new infrastructure programmes have been launched, with new projects focusing on increasing our interconnectivity with close partners such as Romania.

Coupled with ambitious reform programmes, the face of the regulatory environment has changed substantially; we have cut red tape and overhauled how businesses are treated by government authorities, as well as implemented sweeping reforms of central government bureaucracy, the pension system, and the labour code, among others.

We have also brought new conviction to stepping up the fight against corruption. Our banking system has recovered after a massive fraud and the agreement with the IMF has brought about greater financial and macroeconomic stability. Moreover, we have adopted a comprehensive law against fake news and Russian propaganda and have shown, with results, that our goal is to more closely align with Western standards and take responsibility for the fight against misinformation.

We have come a long way, but significant challenges lie ahead. At the end of the year, Moldovans will elect their representatives for the next four years. As a country historically and politically caught between Russia and Europe, in many ways the coming election will be a referendum on Europe. While it is growing, the pro-European majority is still slim, and vocal pro-East partisans are strongly backed by a foreign propaganda apparatus that has left its mark on more than one democracy in recent years.

This influence must not be underestimated, especially in a country with a Russian-speaking population. New narratives attacking Moldova’s Association Agreement with the EU and the Deep and Comprehensive Free Trade Agreement (DCFTA) have already begun circulating with greater frequency. Alternative news pundits and Socialist leaders trumpet the economic power of the Eurasian Economic Union, and call for the renegotiation or wholesale cancellation of the Association Agreement and DCFTA.

At the same time, deep divisions still exist among reformists and pro-integration political parties, and the tense atmosphere could demotivate precisely those who see in Europe a promise of progress. In the face of these challenges, the recent EU-Moldova Association Council on May 3 represented both an opportunity to fairly assess the achievements we have made, and a starting point for an inclusive political dialogue among reformist politicians of all stripes, and with the participation of European partners.

Europe has high hopes and high expectations for Moldova, and rightly so. Our progress in implementing the Association Agreement has proven that, with a committed government and a united ruling coalition, Moldova has the potential to be a leader, not a laggard. At this crucial stage, Moldova continues to count on the EU’s support to progress on the most difficult reforms yet, and to consolidate a European future for our citizens.

We are confident that the projects agreed at the Eastern Partnership Summit last November, coupled with the EU’s macro-financial assistance, will be a significant step towards putting an end to our geopolitical limbo, convincing the population that the EU holds the most promise for their future prosperity and security.

We are ready to make a symbolic first step soon and enshrine European integration in the Constitution as the country’s key objective. We are convinced that European integration is the only project that can bring together both the population and the reformist parties, and our hope for the coming months is to build a political platform that will dispel any doubts as to the continuity of the good work of the last two years. The timing is perfect for doing the right thing once again.