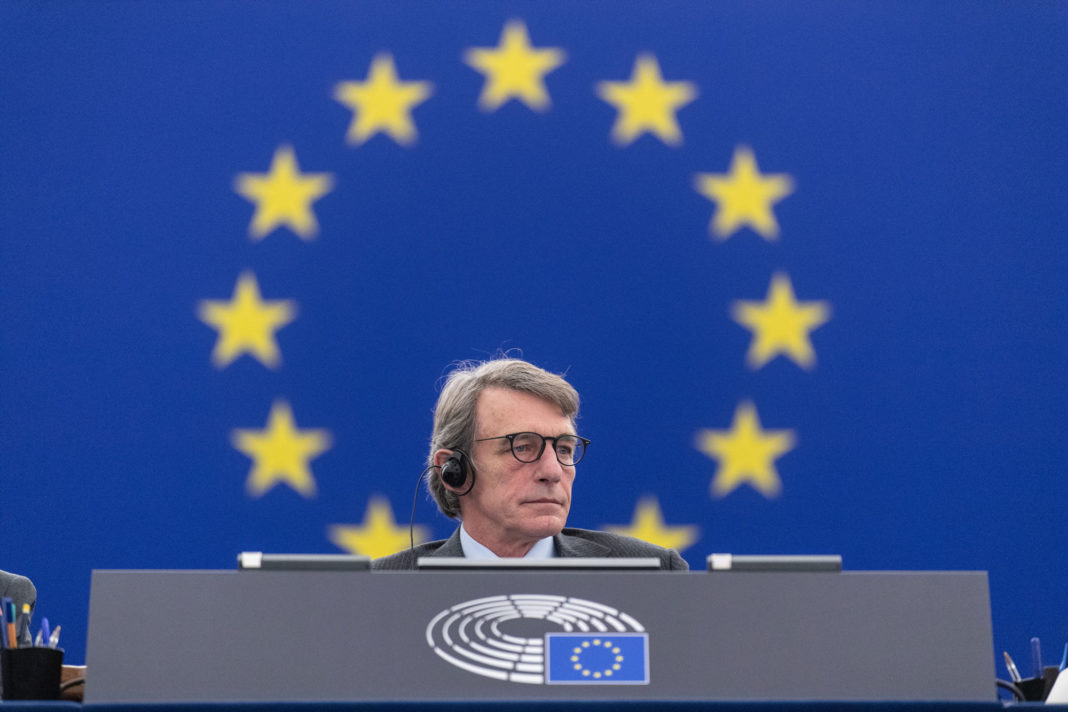 STRASBOURG, France – During a debate of the EU’s key Multiannual Financial Framework (MFF) for 2021-2027, MEPs underlined that Parliament will only give its consent to a budget that meets the EU’s ambitions, noting that they cannot do more with less. The debate in Strasbourg on 12 February came ahead of a special EU summit starting on February 20, where EU Council President Charles Michel will try to agree on a common position on the next MFF.

“I think Michele has a long a way to go until he gets the agreement,” Greek MEP Anna-Michelle Assimakopoulou, from the EPP, told New Europe on February 11. “I think the disagreement is where we are going to cover the hole from.”

At the plenary debate on February 12, MEPs urged the heads of state and government to reach an agreement to which the Parliament could give its consent.

European Parliament President David Sassoli warned governments of EU member states that MEPs would not support any agreement that cuts key programmes that Europeans rely on.

“The new long-term EU budget is the most important issue at the start of this legislature,” Sassoli said in Strasbourg on February 12, following a debate in the European Parliament on the EU’s Multiannual Financial Framework for 2021-2027.

He explained that the European Parliament supports an ambitious MFF because it is needed to finance the ambitious proposals that the European Commission has put forward. “These proposals will boost growth and help tackle inequality in Europe. National governments support these aims but currently are not giving the EU the necessary means to achieve them,” Sassoli said.

“We want to reach an agreement with the Council, however if they refuse to move and accept Parliament’s positions then we will go all the way and reject the new long-term EU budget. These are not just abstract figures but have real consequences for the lives of all Europeans. How can we even think of cuts to such successful programmes as Erasmus+ or to measures designed to protect our borders?” Sassoli asked before adding, “Becoming the first climate neutral continent requires unprecedented changes to our economies and our societies. We have to ensure that workers and those most affected by these changes are not forgotten. We cannot allow fighting climate change to lead to greater inequality. The current proposals for the Just Transition Fund are inadequate and must be strengthened if Parliament is to back an agreement.”

Sassoli stressed that a well-funded EU budget is in the interest of all Europeans and all member states. “We want to see genuine own resources to put the EU budget on a sustainable footing, rather than relying on funding solely from national governments,” he said.

Most MEPs insisted that sufficient funding is key to achieve common ambitions such as fighting climate change, the digital and ecological transformation, dealing with the social consequences of the latter, and continuing to support regions and cities, farmers, young people, researchers or entrepreneurs. MEPs stressed that implementing the Green Deal with a reduced budget, for example, would mean cutting successful EU programmes elsewhere. Some said that certain EU policies need to be assessed more thoroughly, and that more spending discipline is needed.

In addition, introducing new sources of revenue for the EU and linking the EU budget to the respect of rule of law are key for MEPs.

Asked by New Europe at a press conference following the debate on MFF whether the EU Green Deal will be financed by existing programmes as suggested by a budget negotiator instead of new funds from the MFF, Sassoli said to meet new objectives would need new financing efforts from Member States.

“Sometimes there is a bit of magic surrounding budgets. But actually, what we are facing is not only the need for old programmes to contribute to the Green Deal. But, as you know, if the budgetary amount is an amount that’s enough to keep funding the old budgets, how then are we going to fund the new ones? Because actually the Council’s proposal taking away the British amount is exactly the same as last time. That would only leave us with the only possibility of making cuts. Obviously, we have to align policies to the Green Deal, the agricultural policy, cohesion, development, infrastructure, sustainability, railways, transport, all of that would have to be brought to line with the needs to fight climate change. But what about the new programmes? How would we be able to support those?” Sassoli said.

The European Parliament President said the Just Transition Fund is not an option as it is meant to help countries, territories, to adjust the new realities without losing jobs. According to Sassoli, this would mean that “it would be all too lovely to be able to have all these objectives without resources. Probably is a world that we all dream of. But we know we have to make efforts, financing efforts as well. Who are the efforts for? That’s the real question.”

The Italian-born European Parliament President also stressed that the financial efforts which the EU’s 27 individual members have to make are especially for the benefit of citizens from those countries. “I think that is the balance and pragmatic position that the Parliament has then reiterated today at the plenary with the backing of a broad majority. The Council should come up with its own proposal but no one should imagine that the Council’s proposal is enough by itself because it has to have the oversight and consent of the Parliament.”

Meanwhile, Polish MEP Janusz Lewandowski, who is deputy chair of the Parliament’s Committee on Budgets, told New Europe, “Now everything is really in the hands of Michel. I count on his experience in dealing with leaders of Europe.”

Lewandowski acknowledged the disagreements between the EU’s members and noted that it is not only the cohesion net payers problem but also the diversification of winners and losers in the cohesion countries. “I wouldn’t be very optimistic because I’m afraid what’s happening between the governments is again take it or leave it for the Parliament and then we have a blame game who is really responsible for eventual failure.”