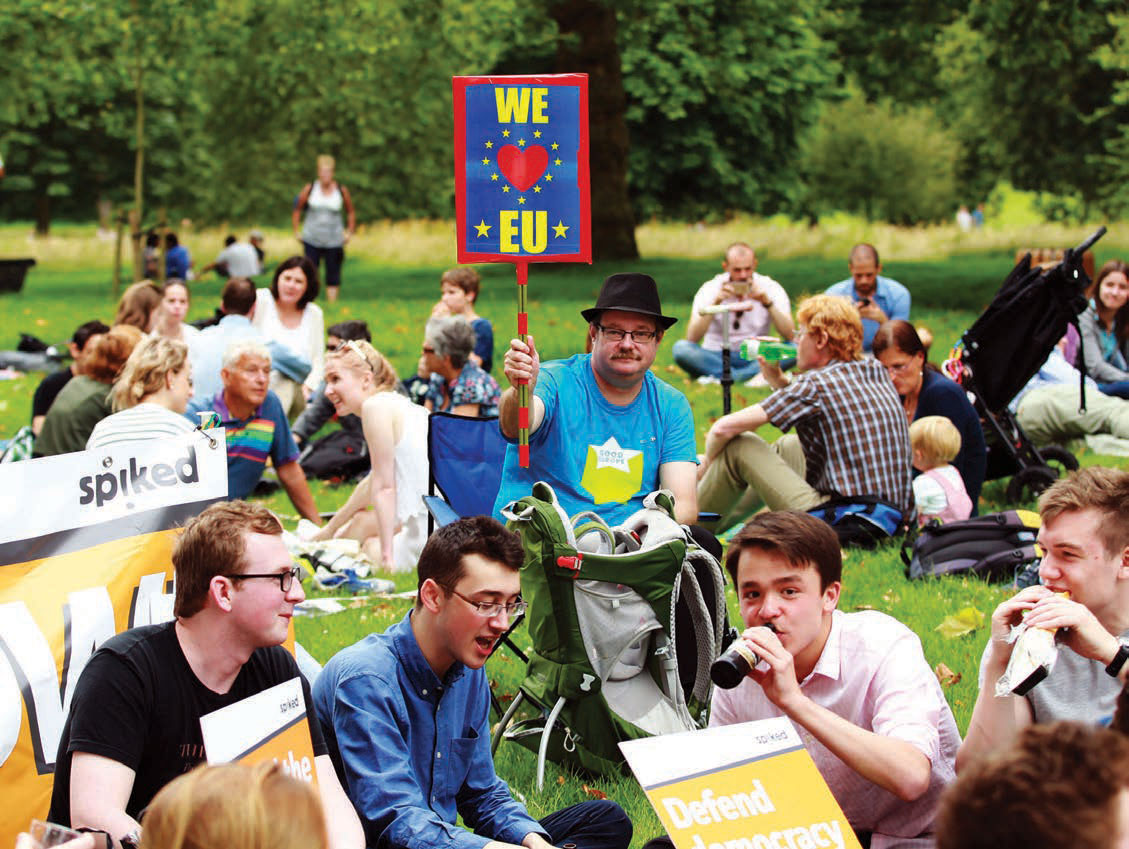 United Kingdom – LONDON – Capitalism is the greatest engine for prosperity that the world has ever seen. But the democratic institutions that create the space for business leaders to operate have not kept up with accelerating economic and technological change; nor have they made the necessary adjustments to ensure that enough people benefit from the system to which they all belong.

All leaders should keep these two thoughts firmly in mind as they respond to 2016’s populist backlash – manifested in Brexit, Donald Trump’s election victory in the United States, Italy’s failed constitutional-reform referendum, and so forth.

We capitalists can no longer simply celebrate the fact that open markets and technological innovation have lifted more than one billion people out of extreme poverty since 1990, including hundreds of millions in China alone. We must acknowledge our postwar global order’s failures, such as rising inequality, decades of stagnant wages in many developed markets, and sustained unemployment at or above 20% – and over 40% for young people – in several European countries. Most of all, we cannot simply assume that the system will somehow “self-adjust.” Instead, we need to act.

Of course, meeting the challenge of populism is not a task for business alone. Political leaders have a critical role to play, by shoring up and extending the social safety net to cover those who have been, and will be, “left behind,” and by providing – through smart infrastructure investment and policy reforms – a stronger foundation for inclusive growth. But, beyond creating good jobs and higher-quality products and services at lower prices, private-sector executives must lead in several key areas.

First, they should ensure that their organizations pay taxes. While a company’s shareholders and employees rightly demand sensible stewardship of its financial resources, nothing does more to undercut the case for globalization than the specter of wealthy individuals and institutions gaming the system to reduce their tax bills far below the rate that the struggling middle class pays.

Second, executives should expand private-sector efforts to provide the skills training that workers in a dynamic economy need, especially in areas where educational establishments are not keeping up. Such efforts benefit companies and society alike, as corporations such as IBM, AT&T, and many others are discovering. For example, Generation, a youth unemployment skills-building program that McKinsey & Company helped launch in specific industries across five countries, has placed more than 10,000 graduates in jobs since 2015 – and at a far lower cost than existing approaches. Ninety-eight percent of our more than 440 employer-partners say they are eager to hire more Generation graduates.

Third, executives must make sure that their companies are playing a positive role in the communities where they operate, because shareholder capitalism, properly understood, is grounded in stakeholder capitalism. For example, at a recent Fortune Global Forum in Rome, more than 80 executives made commitments to provide access to health care for 100 million children in underserved parts of Sub-Saharan Africa. Corporate social responsibility entails responding to social needs. Above all, executives should work together to strengthen modern capitalism’s ability to deliver long-term value. This is no easy task. In a recent McKinsey survey of senior executives from around the world, 65% reported that they felt more pressure today to deliver short-term results than they did five years ago, and this is especially true in developing markets. Only 37% of executives believed that their company’s culture encouraged long-term thinking, and half of the remaining 63% acknowledged that they would delay investing in a project that would add value if it meant that they might miss a quarterly earnings target. Meanwhile, the proportion of net income that S&P 500 companies spend on dividends and stock buybacks has now reached almost 100%.

The collective cost of this pressure is high. Short-termism lowers growth by lowering investment and R&D expenditures, ultimately manifesting in fewer jobs. According to preliminary estimates from the McKinsey Global Institute, short-termism has cost the US economy an additional 5-6 million jobs over the past 15 years, and more than $1 trillion in unrealized GDP growth.

What will it take to accelerate sustainable global growth and create more good jobs? For starters, we need to change behaviors and incentives at every step of the investment value chain, starting with the institutional investors who provide long-term funding, and continuing with corporate managers and the boards that supervise them. One good model for a long-term asset owner is GIC, the Singaporean sovereign wealth fund, which bases its rewards to asset managers on a 20-year rolling rate of return, and uses a minimum five-year horizon to measure performance. Similarly, the Canada Pension Plan Investment Board has moved to five-year rolling returns as its incentive benchmark. It is time to move from quarterly capitalism to long-term capitalism. As I wrote five years ago in the Harvard Business Review: “Business leaders today face a choice: We can reform capitalism, or we can let capitalism be reformed for us, through political measures and the pressure of an angry public.” The bill for our collective failure to change is now coming due. But we still have a choice to move from words to deeds – and to preserve and strengthen the best system the world has yet found to deliver prosperity for all.