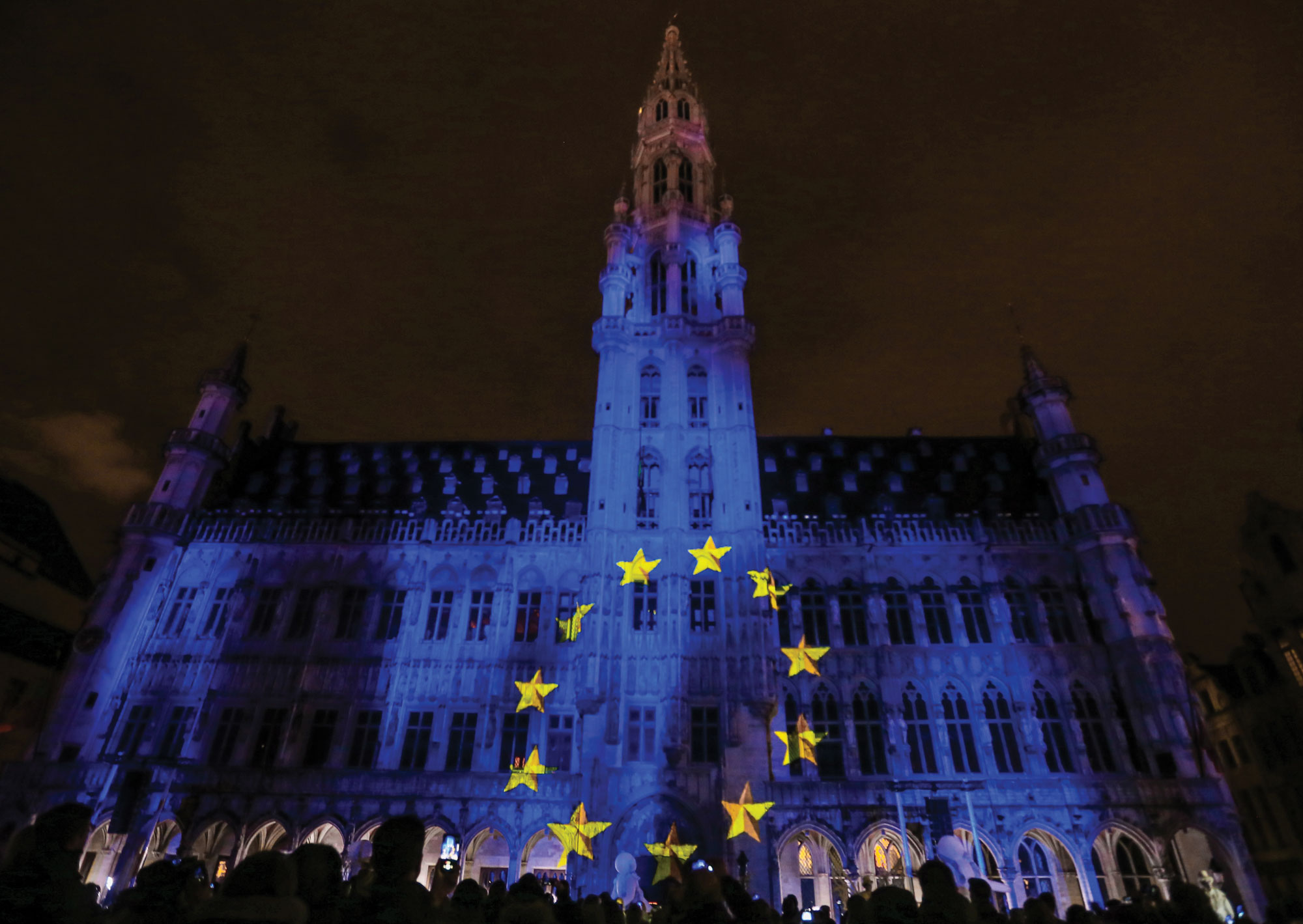 A vote and fake news. These are two common traits shared by Brexit, the US and French elections and the fake referendum in Catalonia. A vote is the highest expression of democracy while fake news is its lowest.

And democracy cannot stand without well-informed citizens. A number of elections will take place in 2018 – in Cyprus, Finland, Italy, Hungary, Slovenia, Sweden, Ireland, Latvia and Luxembourg, among others. Unfortunately, the risk is high that fake news will overshadow them.

Fight the fake with facts

Online platforms and social media have provided people with new ways to connect, engage, debate and spread information at a level never seen before. At the same time, the current scale of disinformation is unprecedented.

We need to reconstruct and empower traditional media by supporting them in the new digital reality. More than ever, our societies need professional, independent, ethical, investigative and fact-based journalism where freedom of speech and information uphold our plurality of views. Social media companies also need to take their responsibility as platforms that can spread fake news.

On the side of the user, the citizens need to be able to detect fake news. This can start at school where children can be made aware of fake news and develop critical-thinking skills. That applies to adults too, who must be alert and vigilant towards sources of information and verify their reliability. Fake news must be replaced by fact news.

Fight the fake with acts

Populists use fake news as a weapon to undermine democracy. Propaganda, misinformation campaigns, support for anti-European political forces are all part of their arsenal to spread lies and create chaos, especially in electoral times. The European Union (EU) has never been a more successful scapegoat.

We fight back with acts. Results to break the myths. Concrete proposals to uncover specious words. Real change instead of false tomorrows. The EU must act where it can make a difference. Challenges such as security, migration, defence, the economy, globalisation, digitalisation or climate change call for European leadership and common solutions. Each euro must be spent to improve the lives of the European citizens.

On this, the European Union is already delivering results, such as the end of roaming fees in the EU, its commitment to common defence, the introduction of the European Pillar of Social Rights and the youth employment initiative.

The European Union is also a beacon of values in the world. Without the EU, which values would we follow? Those represented by China? By Russia? To protect our way of life and our standards, the EU must continue to be a global player. Europe is a continent of pioneers and discoveries. To keep this position in the world, talents must stay in Europe and be attracted by it.

As the European economy is growing, it is time to plan for tomorrow and prepare for the unexpected. Our first investment must be in people, especially the youth. We need to train people to acquire skills due to the pace of digitalisation and the ageing work force. Among those who need to gain new skills, politicians are not exempt.

Fight the fake with heart

Populists moved from empty promises to false words: they have disrupted the way of communicating in politics. And they have managed to do so because European citizens feel distant from the European project. There is a lesson in there for all of us.  In the three letters that distinguish popular from populism, fits a whole conception of politics.  Popular means caring about the people, populist means playing on people’s fears. Of course, the word popular is very dear to the European People’s Party. The people are at the heart of our action.

Bruxelles, ma belle, these are words that go together well. It is not a song you will hear often. Well, it is time to change the tune about the European Union.

We need to bring the European Union closer to the European citizens. It starts by explaining the benefits that this incredible political project brings to the Europeans. The people must feel European and proud of our common history.

It is time to reconnect. We have a project for the European citizens, we need to tell it and we need explain what we have achieved. With facts and with words. The EPP will elect its Spitzenkandidat next November in Helsinki for the European elections in 2019, putting a face and a voice on our ideas.  The European citizens must be involved at an early stage in the choices for their future.

This is why we asked them to share with us their concerns, proposals, reflections on the European Union on the dearcitizen.eu platform. It is a place to have an informed discussion and not spread lies.  Making Europe popular again will not make us very popular. But if it wins the hearts of the Europeans and brings them back to the European project, there might be a new song in the making. Songs can spur change and true words protect democracy.