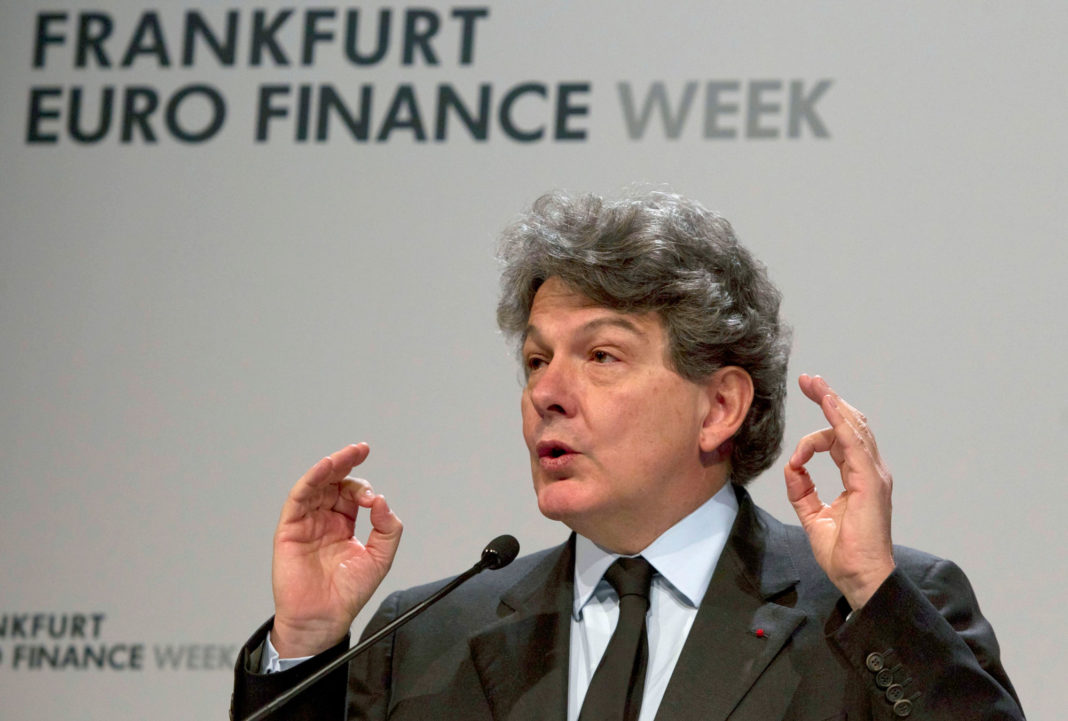 French President Emmanuel Macron has named Thierry Breton, Minister of Finance and a software executive, as the new designate for EU Commission’s Industry Portfolio. Breton, who served as France’s economy minister from 2005-2007 under then-President Jacques Chirac, and who currently heads the multi-national IT firm Atos, will be assigned the industrial policy, internal market, defence spending, high-tech, and space portfolio.

After France’ first Commissioner-designate, Sylvie Goulard, was rejected for a second time by the European Parliament’s lawmakers, Macron opted for a passive-aggressive approach with the incoming president of the Commission, Ursula von der Leyen, by not offering a rough timeframe for proposing a new nominee.

On 24 October, however, an Elysée official announced that a new French nominee had been tapped to take the job.

“Thierry Breton has strong experience in the areas covered by this portfolio, specifically industry and digital, because he was a finance minister in charge of industrial policy. He was also a CEO of several companies in the industrial and telecom sectors and has a strong reputation as a man of action,” the Elysée said in a statement.

“I am very honoured by the trust that President Macron and Commission President-elect von der Leyen have put in me,” Breton wrote as part of his official comment following the nomination, adding that he fully realises the importance of what’s at stake with hi portfolio for both Europe and European citizens. Despite clarifications that the new appointment was made “in full agreement with von der Leyen”, a Commission official connected to von der Leyen’s transition team highlighted that no assurances were given on Breton and that discussions will be done out in the open stage.

Breton’s holdings private sector holdings are likely to raise concerns over a potential conflict of interest. As a shareholder of a company that gets European subsidies, this could lead to another rejection of a Macron nominee. In the past, Breton led various tech companies including Bull, France Telecom, and Thomson Multimedia until he became the CEO of Atos in 2009. Under Breton’s leadership, Atos experienced enormous growth and multiplied its acquisitions before entering, in 2017, the CAC 40 – the benchmark French stock market index that has a subsidiary that has been implicated in espionage activities involving Egypt. Breton is unlikely to escape questions related to this matter during his confirmation hearing.

Although Breton will step down as Atos’ CEO on 31 October, his professional background won’t be the only problem in his confirmation hearing. Breton’s nomination also upends von der Leyen’s gender-balance target for her new cabinet.

Breton first made a name for himself in politics in 2005 with Chirac’s Rally for the Republic party, which later evolved into France’s contemporary movement of conservatives, the Union for a Popular Movement. The latter is regarded by most observers as a classic, pro-European conservative party. Breton is a strong advocate of the EU’s competitive market in the ongoing trade war between China and the United states. He is convinced that Europe, with a strong strategic vision, can enhance the EU’s role on the international state. That view is backed by Breton’s reputation as one of the few French economy ministers who has managed to cut down the national debt and is making France’s global voice heard once again.

Von der Leyen will meet with Breton and Hungarian nominee Oliver Varhelyi in time for the Parliament’s Legal Affairs Committee to scrutinise Breton’s profile. This time, the European People’s Party, the one that doomed Goulard’s Commission future, is said to support Breton’s candidacy. The remaining MEPs will, however, not let Breton’s financial and business interests go unquestioned.