Founder of the Krytyka Polityczna movement, he is Director of the Institute for Advanced Study in Warsaw and a fellow at the Robert Bosch Academy in Berlin. 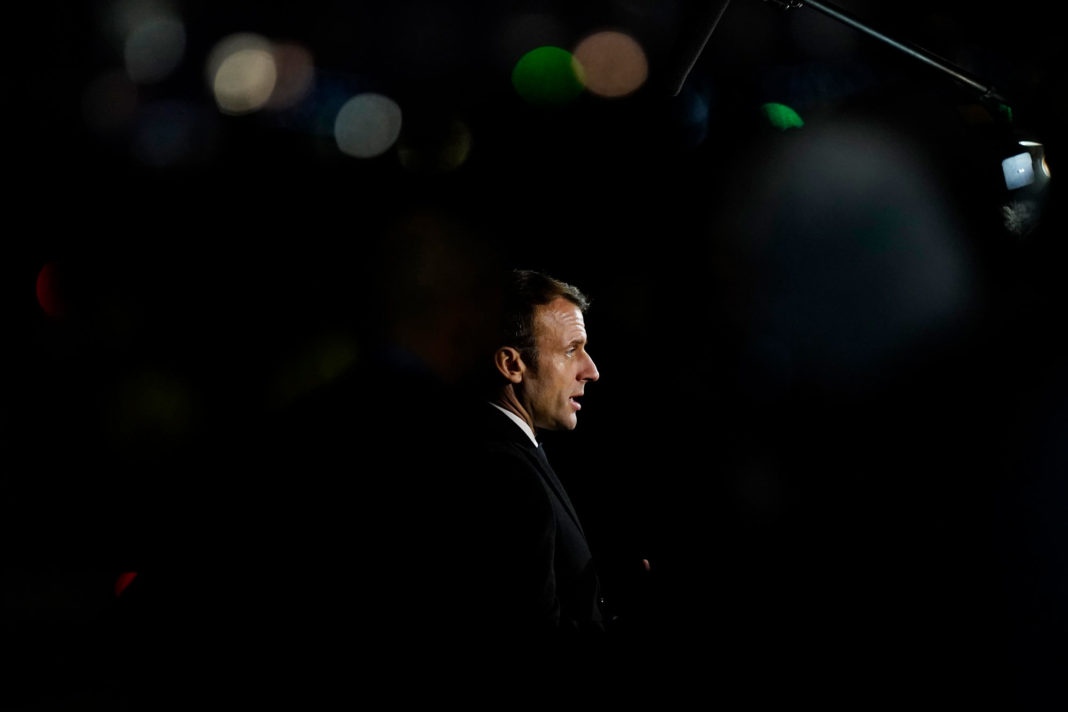 You can be talented, handsome, rhetorically skilled, and politically brave, and yet suffer for it. In the long run, prudence and restraint are crucial ingredients of successful leadership, and it is precisely these two qualities that, up to now, French President Emmanuel Macron appears to lack.

Macron wants to lead the European Union into the twenty-first century. But he will succeed only if he does not go too far. If he overplays his hand, he will open himself up to a challenge from some other rising political leader. That could happen whenever Germany emerges from its domestic political malaise, if other member states decide to form a coalition against France, or if Macron alienates too many key players within the EU. The greater Macron’s ambitions, the higher the risk to his political future.

Politically, Macron is a contradiction in terms. A vocal anti-populist who employs populist tools, he has dismissed traditional political parties and called for politicians to be replaced by ordinary people. Accordingly, he insists that his La République En Marche ! is not, in fact, a political party, and that he is neither of the left nor the right. The main difference is that his program is not nationalist but pro-European, almost cosmopolitan, and that he opposes other populists. But his pro-European stance goes only as far as French economic interests allow, as he demonstrated when selecting nominees for the EU’s top jobs earlier this year.

Moreover, it is worth remembering that Macron led the push for tighter regulations on “posted workers” – particularly those from Poland and Hungary – back in 2017, and that his toughest attack on Central and Eastern European populists was delivered from a French Whirlpool factory that was scheduled to move to Poland. Macron may sincerely want deeper European integration, but that did not stop him from nationalising a French shipyard to prevent it from being purchased by an Italian firm.

More recently, Macron has taken another page from the populist playbook by pursuing warmer relations with Russian President Vladimir Putin, and declaring NATO “brain dead” – language that was likely met with cheers in the Kremlin. Macron’s warning about NATO was meant as a wake-up call for Europe to secure its own defense autonomy. It was also a reminder that France is a nuclear power, meaning it does not have to hide the doubts that other European leaders won’t voice.

Thanks to Macron’s efforts, Russia returned to the Council of Europe in June, following its suspension in 2014 in response to the annexation of Crimea. Then, at an ambassador’s conference in August, Macron voiced support for Russia’s return to the G8, and warned French diplomats not to stand in the way of his overtures to Putin. And in bilateral talks with Putin at France’s Fort de Brégançon that same month, it was Macron, not his guest, who spoke of a Europe that extends from Lisbon to Vladivostok.

But EU-Russia diplomacy is not the only area where Macron has been flexing his muscles. In October, he issued a surprise veto against EU accession negotiations with Albania and the Republic of North Macedonia, and he has since described Bosnia and Herzegovina as a “ticking time bomb.” Both moves are seemingly at odds with his pro-European stance, and doubtless delighted Putin.

In fact, Macron’s recent maneuvers are clearly in his own personal interest. His embrace of Putin is probably meant to head off a challenge from the French far-right leader Marine Le Pen, whose past financial backers have included Russian banks with ties to the Kremlin. And by blocking North Macedonia’s and Albania’s accession, he is preventing any further strengthening of the EU’s Central and East European bloc, which could overbalance France’s voice in the European Council.

More broadly, Macron’s France finds itself in a geopolitical vacuum that was created by Brexit in the United Kingdom, the rise of populists and nationalists in Italy, Catalonian secessionism in Spain, and the consolidation of illiberal regimes in Central and Eastern Europe. The only reliable players left on the field are Germany and insular northern countries such as the Netherlands and Denmark. Because a Le Pen victory over Macron would strike a death blow to the EU itself, Germany has tolerated the French president’s ambitious initiatives. But its patience is wearing thin.

At the end of the day, the rules of the game in Europe are still set by Germany – and more specifically by Chancellor Angela Merkel. The problem is that Germany is too small to lead Europe on its own, yet too big not to do so. That is why Macron would push through his choice of candidate for the head of the European Commission only when he found a German. Germany could not force through its own candidate, so it had to accept Macron’s German for the job (now filled by Ursula von der Leyen, a former defence minister).

Nonetheless, Macron’s recent behaviour has made things more difficult for the Germans, who want incremental change rather than revolution. His warnings about NATO imply that Germany will need to expand its defence capabilities, for which there is little support among German voters. If Macron is overly insistent, he could provoke German anger and resistance.

But Macron, like many others in Europe, has had enough of Germany’s own unilateralism on questions such as whether to admit refugees from Syria and Iraq, or whether to ban arms exports to Saudi Arabia. He most likely wants to strike a deal with Merkel’s successor – be it German Minister of Defence Annegret Kramp-Karrenbauer or someone else – on the EU budget, the question of expansion, and the role of French firms in Germany’s defence build-up.

Historically, French diplomacy excels at grand bargains. But under Merkel, Germany has avoided such agreements, preferring the status quo or incremental changes, because it usually wound up paying extra. For his part, Macron’s hyperactive diplomacy exposes a post-imperial inferiority complex, the symptoms of which – whether Brexit or Putinism – are impeding Europe’s normalisation, and hampering the EU’s mobilisation to counterbalance China and the United States. Macron’s rhetoric suggests that he wants to fight these symptoms. But his recent actions seem to be reproducing them.