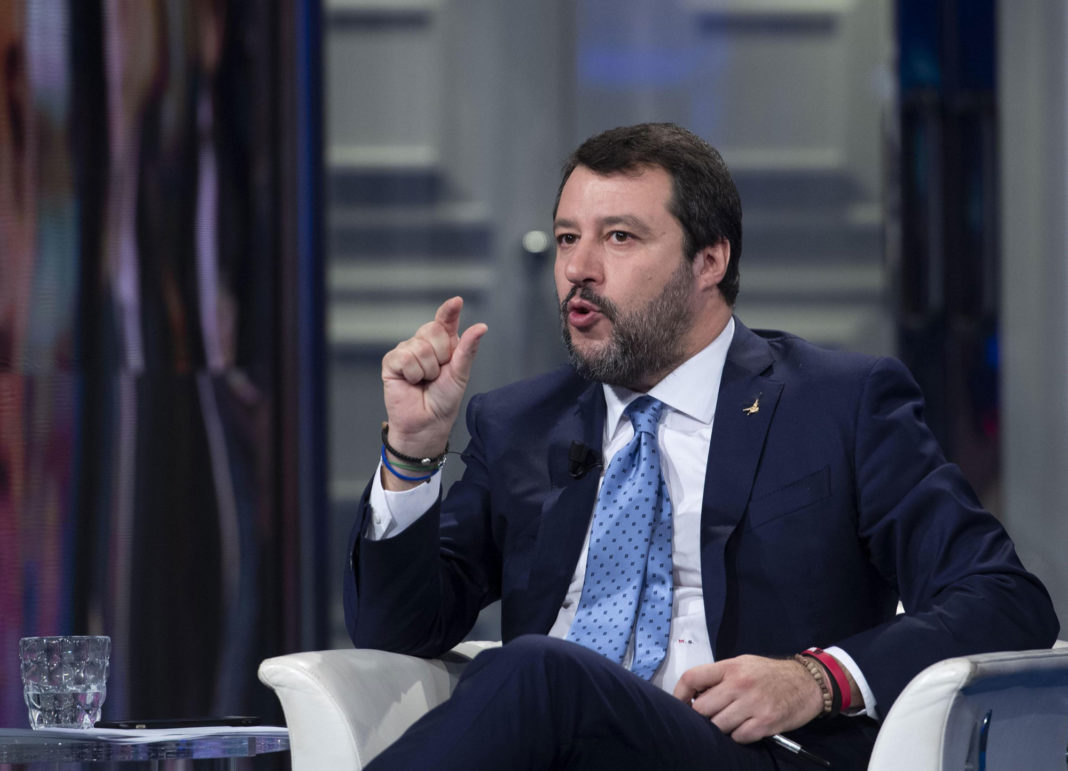 New Europe’s Federico Grandesso sat down for an exclusive interview with MEP Paolo Borchia from Italy’s Lega party about their agenda heading into the new year and what their priorities will be after becoming one of the most popular parties amongst Italian voters following the 2019 European elections.

New Europe (NE): During the recent European People’s Party (EPP) congress in Zagreb there were some rumours about a possible alliance between Lega and the EPP. How do you see Lega’s future cooperation with the EPP?

Paolo Borchia (PB): We should start by talking about facts. Since I arrived in Brussels, in the last two elections the EPP lost a huge number of voters. This is a clear signal that we have to take into consideration what, exactly, the EPP accomplished at the EU level during this period. What we see is widespread criticism across Europe about the EPP’s EU policies, and here the responsibility is clearly with the biggest EU party – the EPP.

With many EPP delegations there is a common view on specific topics and we are completely open to collaborate with them. But at the moment, I see that the opening is only one-way. If we read any newspaper, we are described as those who are closed minded and who always say “no” to everything. We are open to collaborate, but unfortunately we noticed that the EPP has made other choices. They chose to support a leftist political agenda. This is bad because it goes against what their voters want. I see it as a sort of betrayal of the political mandate that the EPP received from lots of voters.

To imagine Lega as a part of the EPP at this point is a total fantasy, and former EU Council President Donald Tusk was quick, but not quick enough, to completely discard this possibility. In a normal world when a party, like Lega, receives as many votes as it did – we got 9.5 million votes in the last European election –  would be included in the EU decision process.

The fact that Lega has been cut out of the political dialogue despite the fact that it is a political force, with such a strong political mandate, is utterly short-sighted by the EU. This, once again, that the European establishment wants to pursue a political agenda that the voters don’t want.

As coordinator for our political group on the European Parliament Committee on Industry, Research and Energy (ITRE), I will continue pursuing a very realistic strategy. My goal will be to get some tangible results for Italy’s economic system. If there is room for some kind of collaboration, I will be open to the possibility, but I don’t a lot of expectations because they made a lot of mistakes in just few months. At this point, it is up to the EPP to decide if they want to follow a centre-right agenda or, again, continue supporting other radical political agendas that will inevitably see them lose more voters.

NE: It seems that Forza Italia MEP Silvio Berlusconi is supporting a political alliance with you?  still didn’t send any request to the EPP?

PB: If we are talking about Italy, Lega has a long experience, both in the national and local government, of cooperating with Forza Italia. That said, however, I also have to note that the political consensus around Berlusconi has been shrinking lately. It’s true that we didn’t send any request to the EPP about an alliance with Forza because we still think associating Lega with the EPP would not bring any positive results to Italy’s economy.

NE: At the end of October, the European Parliamnet, also thanks to your vote, stopped a resolution supporting the concept of open ports for NGOs. In this case, the EPP voted with your group. Was it a good sign?

PB: This is one of the very few cases where the EPP voted as a centre-right group. We were able to put an end to the practice of open ports because the text was already approved by the LIBE committee. This is an important development because its shows that we could start a dialogue with the other side of the political spectrum, but I sill believe that some of the EPP votes are very difficult to explain when they continue to support hardliners from the extreme left.

NE: For your political group, what is the number one priority, at EU level, for the coming months?

PB: As an ITRE member, I’m very concerned about the Green New Deal. The engagements on environment and sustainability are untouchable and we have to carry on with it in a serious way. The problem is that the EU has almost no negotiating power with the US, China, and Russia when it comes to emissions reduction. At this point, again, we will have European companies penalised after the Commission demands higher and higher standards that other international competitors don’t have. There has to be shared responsbility or it will be very difficult for us in Europe to maintain our competitiveness on the markets. Nowadays, our competitors are much more aggressive and they are often subsidized. At the same time, if we simply want to please the most extremist environmental political groups in Europe, we are really at the end. In her presentation speech, Commission President (Ursula) von der Leyen strongly addressed to the green group.

NE: When it comes to immigration, we still have a lot to fix a lot at the moment. What is your opinion on where things stand at the present time?

PB: In many EU countries, the population has voted to limit or stop immigration. At the moment, I don’t see any extraordinary and illuminating examples where integration has actually worked. The situation is not under control and the citizens of countries that have had to accept these migrants are not happy. All of these mechanisms that impose an automatic redistribution of migrants are very dangerous because they could create a driver for even wider disorganised mass immigration that would be to the complete detriment of EU member states. We are at moment in the development of automation, artificial intelligence, industry 4.0 that are going change the structure of Europe’s workforce. Less-skilled job are the ones that are going to be the most affected by these changes. Because of this, the demand for certain types of labour migrants is very likely to drop.