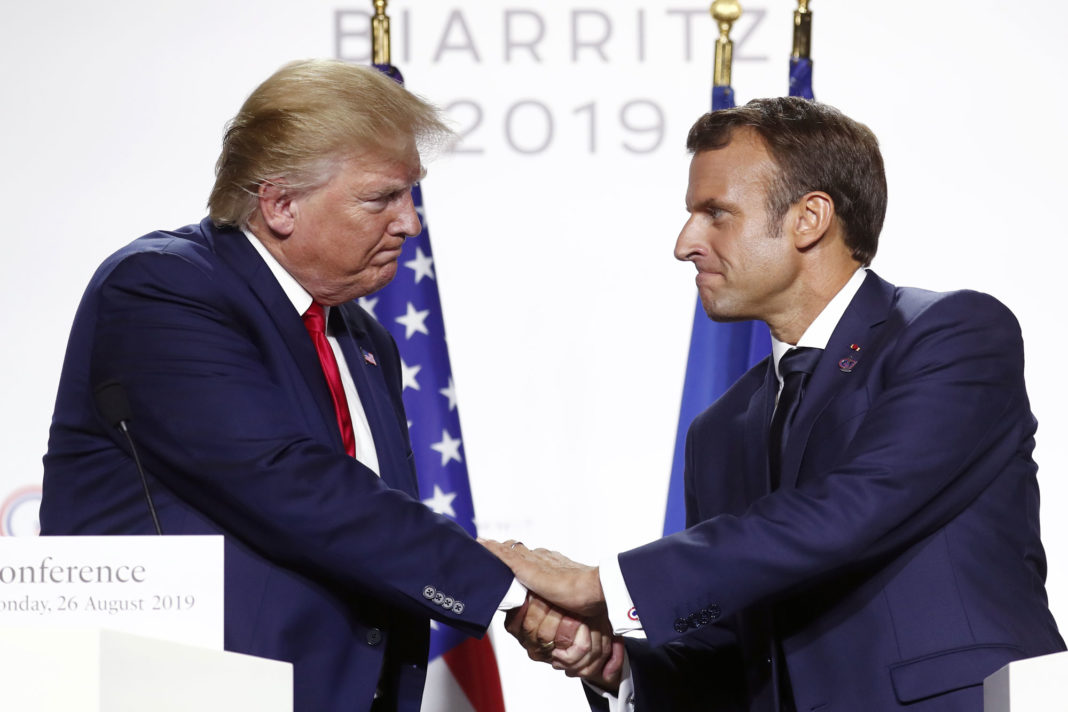 The result of the UK election of December 12, which gave the Conservative party a clear majority, is a further confirmation that Europe is undergoing deep geopolitical changes.

The United Kingdom will sooner or later be out of the bloc, much to the great satisfaction of US President Donald Trump, who is now looking for an in-depth and unprecedented trade deal between Washington and London.

This is seemingly the only decent way out for the UK after their mistake to leave the European Union. The EU will, however, solidify and begin to build its own independent relations with the US that will no longer involve the UK, which will now be essentially dependent on its relationship with the Americans.

The bottom line is that future of the United Kingdom does not look all that bright.

Brexit may be delayed again, but it will eventually happen. This makes the White House all the more in a hurry to present a major trade deal with the UK. In the medium term, the UK will not become the de facto fifty-first state on the American flag, but it will become a quasi US territory, not far removed from Guam and Puerto Rico, though it will remain a kingdom of some sorts, but with Scotland on the go and Northern Ireland waiting patiently on the corner, it is highly questionable just how united the UK will be in the foreseeable future.

The big geopolitical change, however, is not Brexit and its consequences, but the intra-EU power equilibria. The 70th anniversary of the NATO alliance in London gave firm signals of significant equilibria changes in Europe.

The main characteristic of the gathering was the tangibly contentious mood between the American and the French presidents while in London, which was highlighted by Trump’s belligerent towards his French counterpart, Emmanuel Macron, while at the same time the former almost completely ignored German Chancellor Angela Merkel.

To this effect, the combative attitude between Trump and Macron has a far deeper implication and serves as an indirect, yet clear, recognition by the US that France is now taking over Europe’s leading political role.

It should be added that despite the verbal hostility that was expressed by the two leaders on the issue of NATO, both presidents have converging views when it comes to basic strategic positioning. Both Trump and Macron share the view that for the West, Russia is not the main threat. Rather, both fundamentally believe that the real threat to the Western way of life is China.

Furthermore, both presidents share similar views regarding the future role of NATO. Trump claims that NATO must shift its focus from Europe’s eastern flank to terrorism and the Middle East. This is a view that Macron was quick to agree with when he emphasised that France is deeply engaged in anti-terror and humanitarian missions in the Middle East and Sub-Saharan Africa.

In the run-up to the recent Normandy peace talks between France, Russia, Ukraine, and Germany there was a great deal of speculation about whether or not the US would also take part in the negotiations. The Trump administration had signalled that it would consider attending if it felt its own views were not being expressed by the two representative countries, France and Germany, who were speaking on behalf of the West.

The summit in Paris served as a platform for Macron to demonstrate his skills as a diplomat and to take the leading role in the revived peace negotiations between Russia and Ukraine. This was also part of a broader attempt to restore dialogue with Russia, while maintaining close relations with Kyiv, despite sharp criticism from some quarters of the European political class.

This is the exact same balancing act that the Trump administration has pursued with both Russian President Vladimir Putin and his Ukrainian counterpart Volodymyr Zelensky. The fact that both Moscow and Kyiv have said they both want to either restore or maintain good relations with Europe and the US is a further indicator that all sides want to find a constructive conclusion to the conflict.

What’s paramount is that these negotiations, the first in over three years, took place in Paris with Macron – and not Merkel –  setting the agenda, which included a list of items that contained the unmistakable fingerprints of the White House throughout their details.

None of this should come as a surprise for those steeped in the history of US-Franco relations. Despite occasional disputes and even public spats, the bond between the Americans and French goes back to the dawn of the US republic in the 18th-century. They each played a major role in upending the geo-political equilibria at the height of the Age of Enlightenment, Joining forces now, during a time of major global uncertainty, is a logical step for both France and the US.