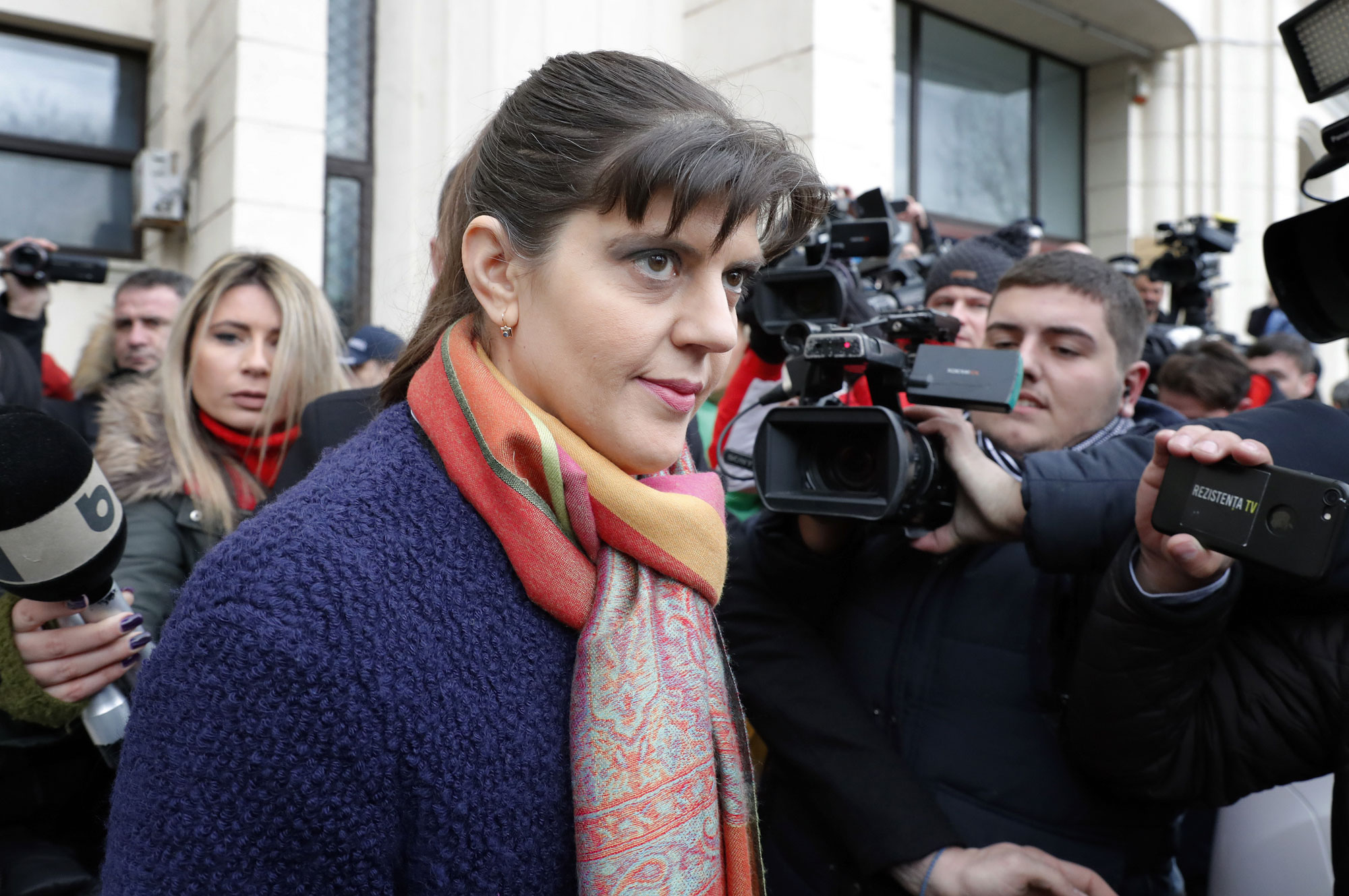 The latest phase of Romania justice’s drama is being played out in the European public sphere: Laura Codruta Kovesi, the frontrunner for the position of chief prosecutor of the newly-established European Public Prosecutor’s Office, has been scheduled to be interviewed by the LIBE committee on the 26th of February. Kovesi used to head up Romania’s anti-corruption directorate before being dismissed from the position after allegations of abuse of power and misconduct. She has been ranked first by an independent committee for the position of Chief European Public Prosecutor, followed by two other candidates, Jean-François Bohnert from France and Andres Ritter from Germany, out of an initial pool of 24.

However, last Friday, she appeared before the newly-formed Section for the Investigation of Judicial Crimes, on the basis of a summons issued the Wednesday before, a few days after Gheorghe Stan, the chief prosecutor of the section, made public that there are 18 open files against Kovesi. She is accused of abuse of service, bribery and false testimony in her previous capacity as chief prosecutor of the National Anticorruption Directorate (DNA). As she exited the Section on Friday morning, Kovesi was asked whether the case will affect her chances at EPPO’s top job. “It will certainly affect my candidacy,” she conceded. “There are four disciplinary actions and eighteen penal case files” pending against her, she added.

She claimed that the case has been fabricated to deny her the chance to be named to the EPPO portfolio and denied all allegations. The case has been opened following a complaint filed by Sebastian Ghita in December 2018. Ghita claims that Kovesi solicited of him to pay for the repatriation of Nicolae Popa, a Romania fugitive that was arrested in Indonesia. At that time, the police made the invoices and subsequent payment by them of the flight costs public. She has also filed a motion for disqualification of the case prosecutor and the section’s chief prosecutor for conflict of impartiality.

Tudorel Toader, the Minister of Justice has already written to his counterparts to oppose her potential nomination, which will still have to go through the European Parliament and the Council. The final selection of the Chief Prosecutor of EPPO is expected to be finalised by the end of March.

The removal of Kovesi from her post last year, occurred during his tenure, after a protracted clash between the government and her. She has announced that she intends to attack her dismissal in the European Court of Human Rights. Minister Toader says that the main reason behind Kovesi’s dismissal was the discovery of secret protocols between the secret services and the judiciary, signed during her mandate, for which he holds the former DNA chief prosecutor accountable. He suggests that the protocols undermine democratic freedoms and norms.

In a critical moment, the Constitutional Court found last month that the protocols in question are unconstitutional. There is no possibility to appeal this decision. In his recent letter to his colleagues, he quotes European Commission Vice-President and fellow social-democrat Frans Timmermans, who has called for an investigation into the existence of such agreements.

Romania’s troubled relationship with judicial reform is certainly nothing new. After all, it was for that specific reason that the European Commission put the infamous Cooperation and Verification Mechanism (CVM) in place after the country’s (and Bulgaria’s) accession in 2007: the aim of CVM is to assist the country in strengthening the rule law by fighting entrenched corruption in politics and the judiciary, in particular. The ride has been a rough one. Conflicting forces, across party lines and interests, have been confronting each other for more than a decade, trying to pull the country forwards or backwards, depending on your standpoint. However, what has so far been an internal conflict, it increasingly threatens to spill over European Union-wide, with unforeseen consequences.

The reason why Romania’s judicial reform nightmare cannot anymore be confined within the country’s borders is twofold. Firstly, Romania currently holds the rotating presidency of the Council of the European Union. Secondly, the ongoing infighting between Kovesi and Liviu Dragnea, the president of the Social Democrats (PSD) that lead the government, has now taken a European dimension, because of Kovesi’s EPPO candidacy. Dragnea, who was successfully prosecuted by Kovesi, is seen by EU leaders as being de facto corrupt – and having negative impact in Romania’s justice system. His actions have drawn much criticism.

What many claim to be the politicisation of justice over the last decade has created a polarised situation where politics has taken over the justice system: the real damage is to the rule of law and the collateral damage of people who were targeted along the way – some politically motivated, and others bystanders caught in the crossfire in a political war. The DNA put away many corrupt people justly, but with many of its cases unravelling as testimonies and evidence comes to light, Kovesi is found to have been at the head of an organisation, which in the best-case scenario, she lost control of.

In the meantime, European politicians have come out strongly in Kovesi’s support: Gunther Krichbaum, chair of the powerful Committee on European Union Affairs of the German Bundestag, has recently declared that France and Germany – where the second and third-ranked candidates for the EPPO’s top job come from – could even reach a consensus to support the Romanian candidate. Roberta Metsola, the EPP Group’s coordinator in the European Parliament’s LIBE committee has praised Kovesi’s CV and determination, saying she is the favourite to occupy the post. Earlier this week, Esteban Gonzalez Pons, vice-chair of the EPP Group, declared: “To respond very briefly, we clearly support her. We believe that the political approach must stay away from the election of the European Prosecutor, though. So, only considering her technical capacity, we support her.” However, politics is not quite been put aside, with all three of the aforementioned statements coming from people in the EPP family. Romania’s governing partners are unmoved in their disapproval.

It should be noted that in the CV submitted with the application of Kovesi for the job, she presented among her qualifications that she was twice (in 2007 and in 2011) awarded certificates of appreciation for outstanding assistance and support provided to law enforcement activities of the US Secret Service. The awards were signed by the Director of the US Secret Service himself and show the loyalty of the candidate to our overseas partners.

Last Thursday, representatives of the United States Embassy to Romania, in comments to the G4Media.ro outlet, said: “We trust the professional experience of Laurea Codruta Kovesi in Romania and we support her efforts to seek professional opportunities in the international community. It is extremely disappointing to see yet another apparent attempt to discredit it. We wish her success.”

Now it is up to a very small group of people to decide who will be the first person to lead the European Public Prosecutor – the Chief Prosecutor who will very much define what the organisation turns into. Romanian critics of Kovesi suggest she will use her newfound power to lash out at those who she was not successful in using her power to take down, and question her integrity. European critics challenge her management skills. For now, Kovesi is caught between a rock and a hard place, but has some very powerful supporters behind her.