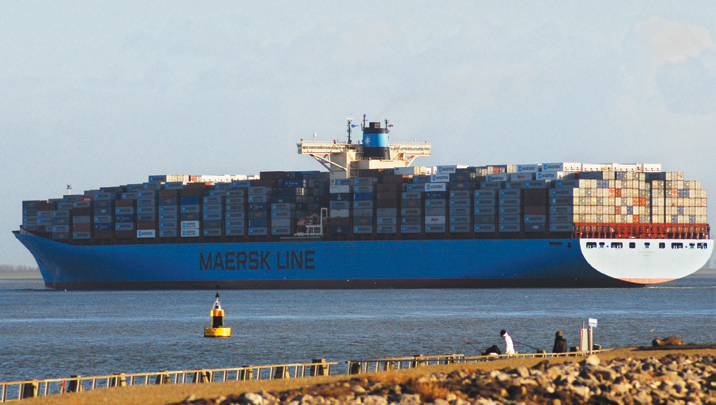 Facebook
Twitter
Linkedin
WhatsApp
Viber
Email
Print
As we published last week, the UN Report of 5 November 2010 on Climate Change Financing (page 23) provides that the international shipping industry will contribute between US $22.5 – $25 billion yearly for climate change mitigation actions, of which more than one third will end up in the climate change community ETS (Emissions Trading Scheme) budget.
Directive 2009/29 amending Directive 2003/87 so as to improve and extend the greenhouse gas emissions allowance trading scheme of the Community, stipulates that if the International Maritime Organization (IMO), an organization controlled by ship-owners, does not adopt internationally binding rules on CO2 emissions reduction for the shipping industry by 31 December 2011, the European Commission should submit a legislative proposal to the European Parliament and the Council so that the new act will enter into force by 2013.
This means that the Commission should have tabled a proposal in the first six months of 2012, taking into account that under the co-decision procedure of the European Parliament and the Council it will take, in the best case, 18 months before the legislation is adopted.
Due to the fact that IMO did not adopt the necessary rules within the timing set, the Commission services in early 2012 launched a consultation on possible market mechanisms in an EU act to reduce CO2 emissions in shipping. A report already conducted for the Commission had concluded that inclusion in the ETS would be the best option because it would use existing structures. Taking also into account of the need to carry out an impact assessment analysis, a proposal should have normally been prepared by the services and sent to the College by April or May 2012 so that the College would have submitted it to the European Parliament and the Council on time.
Responsible for sending the proposal to the College, were (and are) the ‘chef de file’ DG CLIMA headed by Director General Jos Delbecke under the responsibility of Commissioner Connie Hedegaard and the Secretariat General led by Catharine Day under the responsibility of President Jose Manuel Barroso. DG CLIMA, as a last step, should have launched the so called inter-service consultation for obtaining the agreement of the associated Directorates General, which in this case seem to be DG ENV, DG MARE, DG MOVE, DG ENTR, the Legal Service etc. Yet, such a proposal never reached the College.
We remind our readers that on Commission press release of June 28, 2011 ‘Reducing greenhouse gases from ships: time is ticking away’ (IP/11/797) the Commission officially stated that, “The 2008 legislation provides that if no international agreement was approved which included international maritime emissions by the end of 2011, the Commission should make a proposal to include these in the EU reductions commitment. If the IMO or UNFCCC do not reach a satisfactory agreement by the end of this year (note: 2011) the Commission will prepare the necessary proposal.”
On the contrary, during the course of 2012 the Commission not only did not submit any proposal as ought to do but last October, the Commissioner responsible for Transport (who is not charged with the climate change portfolio but is associated indirectly as the Members of the Commission responsible for Environment, Maritime Affairs, Entreprises etc) announced to the press in London that the Commission has abandoned its plans to make a proposal for the inclusion of the shipping industry in the community CO2 emissions reduction system. Thus substantially depriving the EU budget of a significant revenue of several billions of Euros every year.
Last but not least, it seems that the Commission services in matters of maritime policy are particularly compassionate to ship-owners.
On 18 January, 2011, Lloyd’s List wrote an article on European Commission’s restructuring of directorate-general for mobility and transport in Brussels and that the shipping community of London wanted to keep for a third five-year term the Director of Maritime Affairs. The newspaper was saying that ‘of key interest to industry will be the fate of maritime director …following the next round of musical chairs’ and added
“with sensitive policy reviews now under way in particular the tonnage tax and the possible inclusion of shipping within the EU’s greenhouse gas emissions trading scheme, ship-owners are keen for him to remain.
‘We need him, intellectually speaking, to work on our files,’ said one industry source”. Also “Five years ago a new, expanded job within the Brussels transport ministry was specifically created so that Mr. Karamitsos would avoid the rotation. It is unclear if this will happen again”. Needless to say that this did happen again!
It is not NE’s role to guess what stands behind the reasoning of the European Commission (IMO discussed CO2 emissions more than 10 years with no sign of agreement) neither to speculate at what level and by which actors the closed doors decision to stop the presentation of the proposal was taken.
But monetizing the outcome of this internal decision, for which Commissioner Connie Hedegaard and Director General Jos Delbecke are institutionally in charge while Commissioner Siim Kallas is indirectly responsible, we estimate that the incidental losses to the community ETS budget due to the delay caused by the non-action could reach the order of a double digit billion Euros, to the benefit of ship-owners.
KASSANDRA (VK)