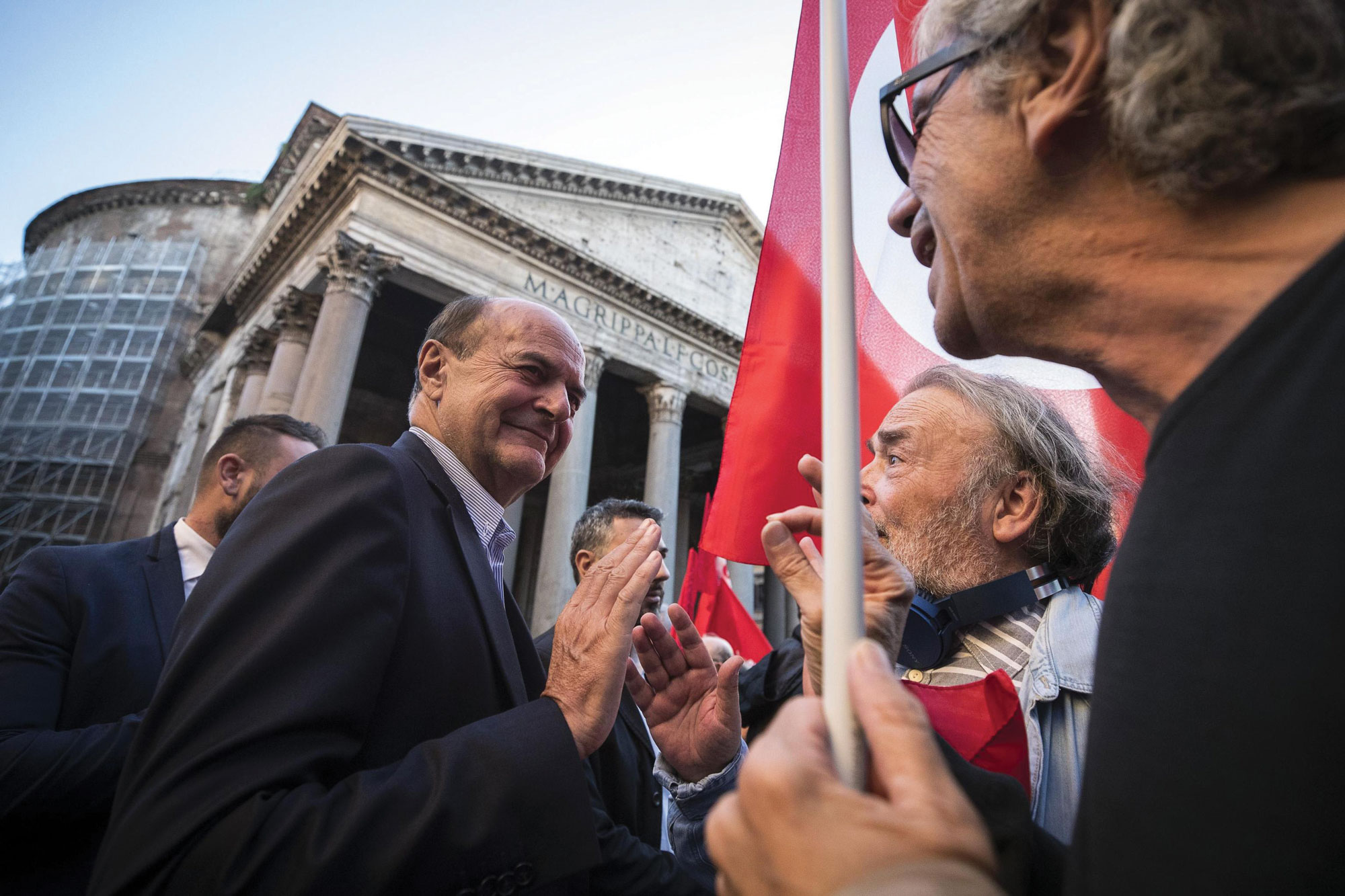 With the Italian elections taking place on March 4, New Europe’s Federico Grandesso sat down for an interview in Padova with one of the key local figure of the electoral campaign, Pier Luigi Bersani, former-leader of the Democratic Party (PD). After the painful split in the Democratic party, the Italian politician is now a top candidate in the newly born left-wing party “Liberi e Uguali“ chaired by Senate President Piero Grasso. In the interview, Bersani talks about his vision for Europe and his electoral priorities.

Q: Europe is a hot topic in this political campaign, what’s your strategy in relation to Brussels?

A: Europe is absolutely necessary, but we have to be more ambitious and push for a deep structural change. First, on immigration we have to set new rules to regularise the flow of migrants because our demography in Europe is in a deep crisis. You can’t stop water with your hands, therefore it is fundamental that we build up effective and regular channels that can deal with the issue. Second point, the asylum right should be managed at an EU level, I’m against the Dublin treaty or similar initiatives. About the economy, without taking out the investments from the deficit calculations, it will be impossible to create new jobs. In the banking sector, if you want to protect clients in a better way you need new regulations at the EU level. I think that if we can’t have an agreement on these matters among the 27 member states, we have to find a way to proceed anyway. In Europe, Italy fought to get more money but we spent it incorrectly. Regarding spending, I would have asked only for investments, adding then that my priority was also on immigration.

Q: According to you what is the best way to be heard in Europe when it comes to these important matters?

A: If Europe doesn’t want to listen to us I would follow the historical De Gaulle way leaving my chair empty. In this way, De Gaulle stopped every decision from being made through unanimity – that’s roughly half of the decisions made at the EU level. I’m for a civil and social Europe, not for a regressive one based on the ideas of new right-wing parties in Poland, Hungary, Czech Republic and, unfortunately, also in Italy.

Q: It seems that the PD is going to consider a coalition with Forza Italia after the elections. Do you think this is possible?

A: The electoral lists we see in the PD coalition are the logic result of a clear centrist strategy. It started with the Nazareno pact, when Berlusconi tried to destroy everything related to the real left-wing tradition. The result is that we see candidates on the electoral list that have nothing to do with the left-wing family, like Beatrice Lorenzin and Casini in Emilia or the friends of Toto’ Cuffaro and Lombardo in Sicily. We can’t accept whatever decision is made, in the same was that Romano Prodi once did. If we continue to neglect the values we were born with, our basic political beliefs are going to be irrelevant. If you believe in a real left that is able to govern the country, you should vote for someone else.

Q: Are you worried about the growth of the Northern League of Matteo Salvini especially here in the North?

A: Yes, we have to fight here a cultural battle. The Northern League, now called simply the League, suppressed its radical far-right soul to become a national party like the one we see in Hungary; a right-wing party following fascists ideas. I think that the democratic community should start considering this as a major problem, because here, in the Veneto, the democratic tradition is one the strongest in Italy.

Q: Can you tell me some points of your electoral program?

A: First, we have to fight the dramatic economic imbalances inside and outside Italy. We then have to watch over society with the eyes of citizens that are struggling every day to get by. If we will do that we are going to build a balanced and fair society. We are fighting for a more balanced labour law that could produce stable jobs and we are fighting for a more effective tax evasion strategy because that current one is closer to Berlusconi’s ideas. Unfortunately, the PD strategy is to eliminate the left-wing element in order to gain the Berlusconi vote.