By Mohamed A. El-Erian

Chief Economic Adviser at Allianz, was Chairman of US President Barack Obama’s Global Development Council and is the author of The Only Game in Town: Central Banks, Instability, and Avoiding the Next Collapse. 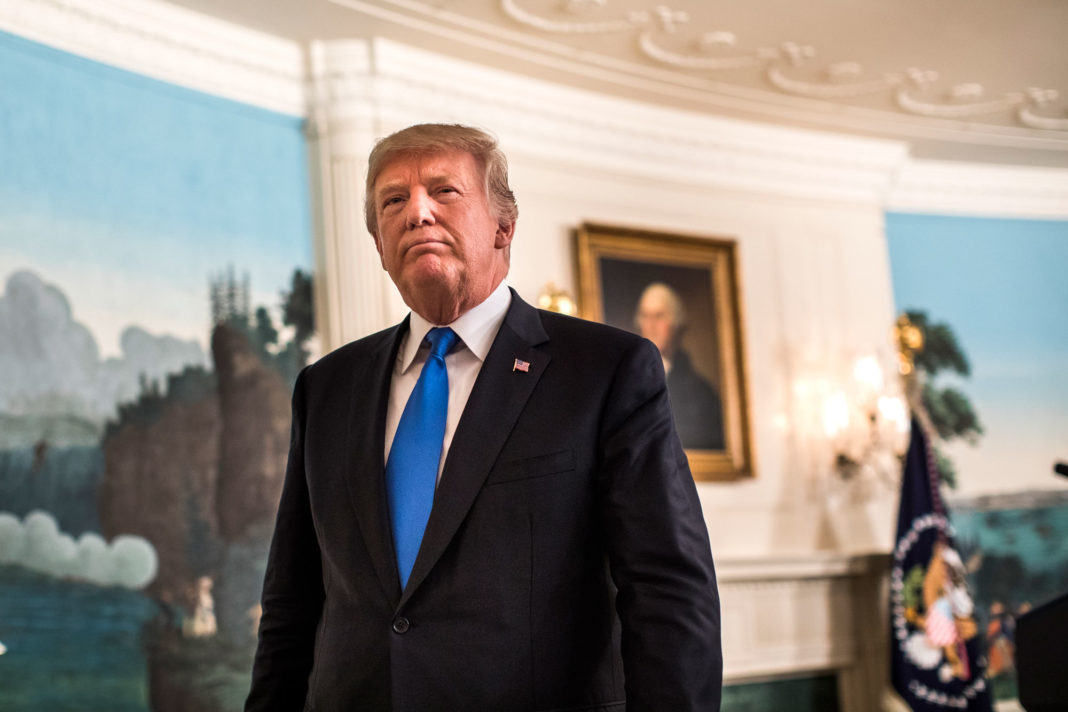 US President Donald Trump’s authorization of the targeted killing of Iranian Quds Force commander Qassem Soleimani is, in many ways, similar to his administration’s approach to trade. In both cases, the administration has demonstrated a willingness to surprise by unilaterally leveraging US strength in the pursuit of long-term outcomes, despite considerable short-term risks and without wide consultations. As President Ronald Reagan showed in the 1980s with his strategy vis-à-vis the Soviet Union, such aggressive unilateralism can work. But it is best used selectively and sparingly.

In seeking to address long-term US (and European) grievances against certain Chinese trade practices, the Trump administration decided to abandon the traditional approach of seeking redress through existing multilateral institutions like the World Trade Organization. Instead, it opted for what game theorists call a non-cooperative approach, imposing harsh tariffs on Chinese imports, and then threatening even more should China retaliate. By weaponising what is traditionally an economic-policy tool, the US has been able to pursue national-security objectives alongside economic and financial goals.

So far, at least, the underlying calculation has worked for Trump. Just like his unilateral push to overhaul the North American Free Trade Agreement, he has shown a willingness to tolerate some damage at home in the hope that the damage inflicted on the other parties would be far greater and force them to make concessions.

The Reagan administration perfected this approach when it embarked on an accelerated arms race with the Soviet Union (or what Reagan labeled the “evil empire”). In ratcheting up defense spending, Reagan leveraged America’s economic and financial strength in the knowledge that the Soviets could not possibly keep up. In the end, he secured not just a narrow tactical victory, but a wider geopolitical triumph, eventually culminating in the Soviet Union’s collapse.

Pressing an adversary into a corner in the hope that it will make a mistake is an old strategy. And as with any strategy, it comes with potential costs and risks. In Reagan’s case, his administration had to bear the economic and political costs of creating large budget deficits, as well as the risk of a serious military confrontation with the Soviets.

In the case of NAFTA, the Trump administration ran the risk that retaliation by Canada and Mexico would result in beggar-thy-neighbor outcomes for all. After an initial attempt to do so, however, they made many of the concessions the US wanted and that are now included in the US-Mexico-Canada Agreement (USMCA). China, however, initially reacted differently, and may have overplayed its hand. By prolonging trade tensions with the US through an extended tit-for-tat escalation of tariffs, the authorities allowed the economy to slow and prompted many companies to start diversifying their supply chains in an effort to reduce their reliance on China. The new mantra among a growing number of those operating in China reflects this: “In China, for China.”

The immediate effect of these developments has been to complicate China’s effort to implement the structural reforms needed to maintain its historic (if not unprecedented) rise. But over the longer term, the further-reaching effects of the trade war could increase the possibility that China will become ensnared in the middle-income trap, like so many developing countries before it. If that happens, the US will have managed to avert the global economy’s full evolution from an American-led order to a bipolar one.

All of this takes us to Iran, where the Trump administration’s recent confrontation seems to be following the same playbook. The pattern is clear: The administration takes a surprise step that its predecessors might have considered, but never pursued; it does so without wide internal and external consultations. The immediate result is a significant spike in tensions, with third countries (including allies) raising concerns about America’s unilateralist turn. The adversary (in this case Iran) issues a response that, while less severe, leads it also to make a tragic mistake (the accidental downing of a civilian passenger flight). Now, even the European countries that had long sought to salvage the 2015 Iran nuclear deal are accusing Iran of violating that agreement.

How this conflict will play out remains to be seen, but it is already clear that the US has made some gains, and that the greatest immediate risk – an outright war or a destabilising asymmetrical conflict – has been avoided, at least for now.

Again, however, this is not to suggest that the strategy of pressing one’s relative strengths is always advisable. Excessive reliance on aggressive unilateralism risks dismantling an international architecture that has served US interests well. Moreover, the Trump administration’s actions, if pressed too hard, could force third countries to make choices that run counter to US interests. Witness, for example, some countries’ continued willingness to deepen their economic and financial relationships with China through its “Belt and Road Initiative,” despite US objections.

In the end, aggressive unilateralism is not an approach that can be applied as a general rule. It should be used in a highly selective and infrequent manner, and only after a careful assessment of the costs and benefits. Done right, it can help achieve targeted gains while containing collateral damage. But if it is abused, far-reaching unintended consequences could follow, implying ever-higher costs over time.