Interview with Dr. Ted Malloch : In or out – no regrets from diplomatic hopeful 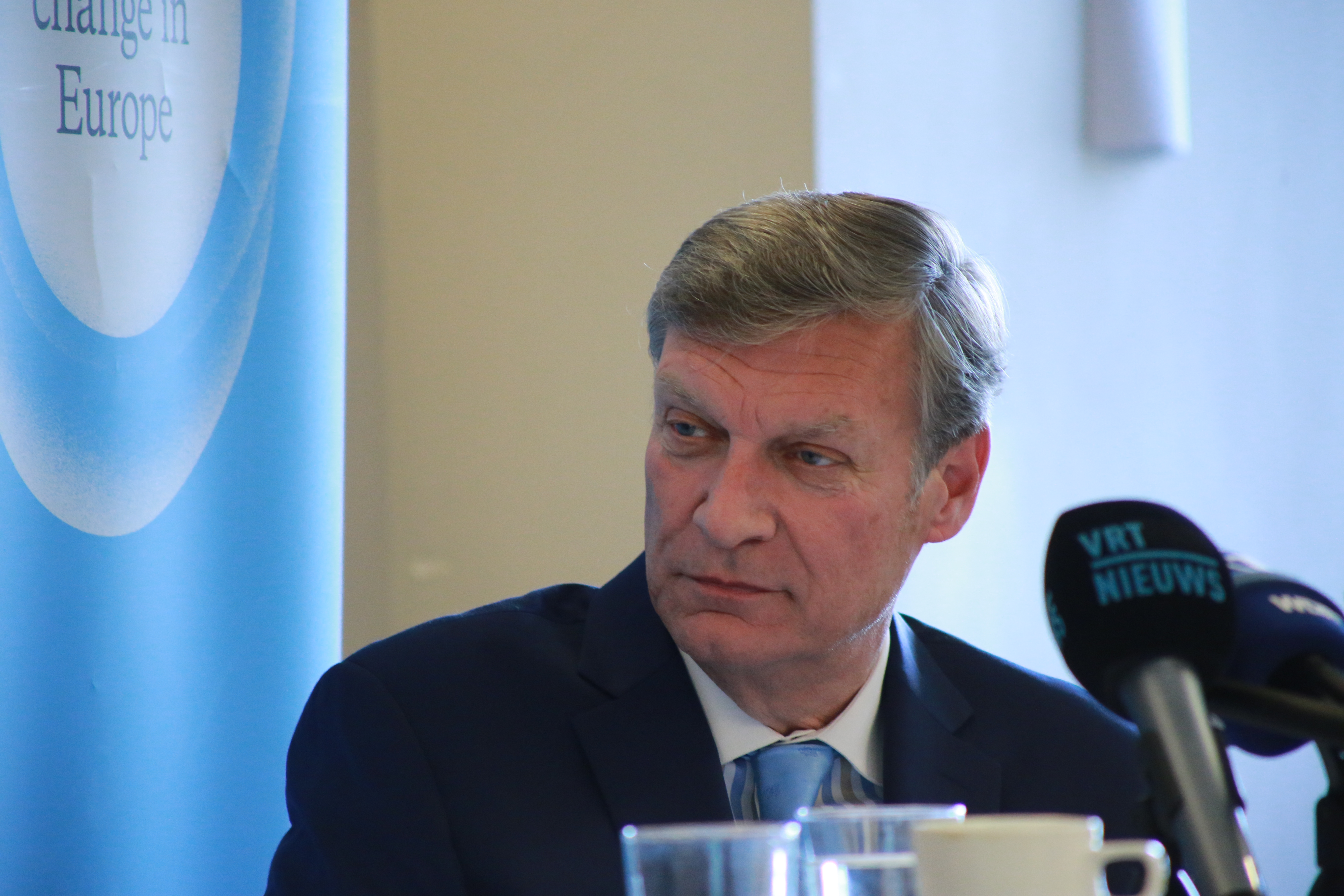 Dr. Ted Malloch was up until last week the most likely appointee for the position of US ambassador to the EU for the Donald Trump administration. Within hours of speaking to a room full of journalists at an Open Europe event in Brussels, the Wall Street Journal quoted sources in the State Department and White House administration denying he was a candidate for the job.

Malloch delivered his anti-EU integration, speech including a polemic about how the EU had become too large, too bureaucratic, and too undemocratic, just hours before the arrival of President Trump in the EU’s capital. “I certainly dont want it to disintegrate and I don’t think it will,” he said of the 28-nation union, but commented that “the US is no longer interested in the old form of European integration”.

The major topics covered in the nearly two-hour session revolved around international relations between the EU, US, and Russia. After the event, Malloch sat down with New Europe to elaborate further on his perspectives, and discuss his potential appointment.

Malloch’s opinions had previously granted him strong opposition from the European Parliament, yet his antagonism towards the bloc’s development and its leadership remained unchanged.

New Europe asked Malloch whether he regrets the comments made, about the European Union “needing a little taming” and a statement about the European Commission President Jean-Claude Juncker – “Mr Juncker was a very adequate mayor I think of some city in Luxembourg and maybe he should go back and do that again.”

Malloch did not admit any regret, but did suggest that the statements were not made in a serious tone: “They were made in a facetious attitude on a late night television show with an element of comedy … If I were having a beer with Herr Junker, which I hope is possible someday, you know we would probably have similar kind of banter … He comes from a city, or a country the size of Albuquerque, New Mexico. It’s a very lovely place, but … it is not the capital of Europe … he wasn’t running the world’s largest economy … nor was he a captain of some huge industrial enterprise. So the one democratic question I have, which I don’t fully understand. is ‘how do people get into such position in the European Union’?”

Malloch had earlier commented on the European Commission’s five scenarios for the future of Europe put forth by President Juncker saying that they are an “act of humility”.

Asked whether the Trump administration shares his views about the EU’s structures and the people leading them, Malloch said that he could not give a concrete or definitive answer to that.

On the relationship with Russia, Malloch took a pragmatic approach, saying that “it would be better if we were in conversation” … “Good behaviour begets better behaviour … Obviously, at a certain point you remove some sanctions. If things get absolutely rosy and perfect, you can remove all the sanctions and we can be at a better end state. We are not there now.”

Malloch responded affirmatively when asked whether the EU had a role to play in this matter, “I think they would be our complete allies as an organisation” … “I don’t think there should be a ray of sunshine between the US and the EU position. So we should get on the same page on that.” A firm opposition was expressed to further EU integration by Malloch, who said that “We don’t see it in American interest to have a further political integration,” suggesting that this was partly because the US would prefer do deal with countries bilaterally, but also in part because “we don’t see the institutions as altogether democratic.”

Malloch hasn’t given up on the ambassadorship. He recognised the obstacles ahead of him, in particular, consideration to the ones he is already facing, such as the EU statements against his candidacy and a feud with the Financial Times over an article which brought into question some of his credentials, which he called an “Attempt at My Political Assassination”.

During the event, Malloch said that he stays” very close to the White  house,” but conceded that although he met Trump 20 years ago, through philanthropy, and has played in several of his charitable golf tournaments, he had not yet had a one-on-one with the President.

Nevertheless, Malloch told the press that he was interviewed, vetted, and offered three jobs to pick from – Brussels being his choice. He said he expected the formal process of his nomination “to be over months ago”.

Asked for comment on media reports that he was never up for the job, a spokesperson for Malloch reiterated his earlier position echoed at the Brussels event: “[Malloch] would no longer comment on negative stories while reserving all rights pending legal action.”

With the Trump administration being a very tight circle of decision making, Malloch cannot be excluded until a different name is announced or a senior figure goes on the record on this issue. One thing is for certain: If Malloch is named Ambassador of the United States of America to the European Union, Brussels will certainly be rattled. Aware of this, Malloch counselled pragmatism – saying that even if he is not the one to be Ambassador, whoever it is will speak the same way and share the same views.