In Turkey, Democracy Is in Peril

An award-winning novelist whose works include “The Bastard of Istanbul” and “The Forty Rules of Love.” She is also a political commentator and public speaker. 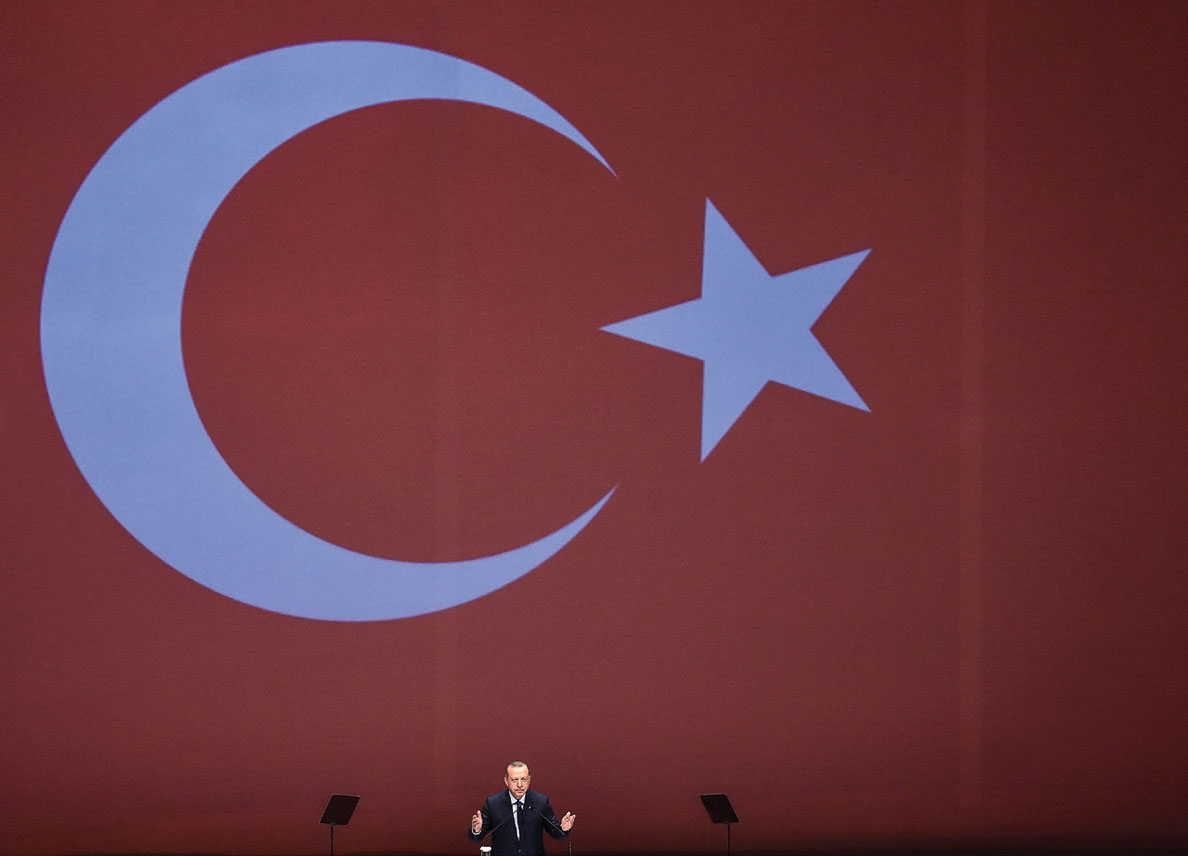 Anyone who has visited the city center in Ankara, Turkey’s capital, would have noticed the “lady statue” — a bronze sculpture of a young woman reading a book. Designed by the Turkish artist Metin Yurdanur, the sculpture is known as the Human Rights Monument, and the woman is reading the Universal Declaration of Human Rights.

I was a college student when the statue was erected in 1990. We would sit around it for hours, drinking beer, smoking cigarettes and listening to the sound of rock music mingling with the clack of backgammon pieces from the bars and teahouses nearby. The scene was a mixture of opposite worlds: East and West, traditions and modernity, religion and secularism. It might have seemed confusing to outsiders, but we Turks generally didn’t mind. To be Turkish meant to be confused about identity issues anyhow.

Over the years the monument earned a political reputation. Every time the government stepped up its repression of Turkey’s Kurdish-majority areas and denied the Kurds equal rights, including the right to education in their mother tongue, Kurdish activists would rally at the lady statue to issue press statements. Others followed suit: secularists, Turkish religious sects, women’s rights groups, sexual minorities — any people who believed that their voices were being silenced by the regime.

During the past year, the lady statue has been busier than ever. Following the coup attempt in July 2016, which left more than 200 people dead and traumatized the entire nation, President Recep Tayyip Erdogan declared a state of emergency in Turkey.

For a few days, a national consensus condemned the coup. The left and right united. But the harmony didn’t last long. The president’s Justice and Development party, known as the A.K.P., initiated a vast purge. Since last summer, some 200,000 people have been expelled from their jobs, and 50,000 have been arrested.

The crackdown has been especially harsh for journalists, writers and intellectuals. More than 150 media outlets were shut down, Wikipedia was banned, and over 150 journalists were imprisoned, with an even larger number blacklisted.

Academics whose only “crime” was to sign a peace petition have been fired, detained, stigmatized. Once demonized publicly, these people can’t find another job in a Turkish university. Two of them, Mehmet Fatih Tras and Mustafa Sadik Akdag, have committed suicide.

Under the rule of law everyone is considered innocent until proven guilty. In Turkey, it’s now the opposite. People from all across the ideological spectrum have been baselessly charged with crimes and expected to prove their innocence. Such is the case of the iconic opposition newspaper Cumhuriyet, whose editors have been accused of being conspirators in the coup — a charge that no one took seriously. Seven staff members have been released from prison, but four others, including the distinguished journalists Ahmet Sik and Kadri Gursel, are still being held.

Among the hundreds of people who have organized protests and sit-ins around the lady statue, one case has attracted nationwide attention. When Nuriye Gulmen, a literature professor, and Semih Ozakca, who taught primary school, were unlawfully expelled from their jobs, they went on a hunger strike, surviving only on a liquid diet of saltwater and sugar solutions. Support for them grew nationally and internationally. In May, the police dispersed the sit-in, detained supporters and barricaded the area. Ms. Gulmen and Mr. Ozakca were put in jail.

When a new campaign sprang up to urge citizens to support the hunger strikers by singing songs and anthems, the Ankara governor’s office banned those activities on the streets after dark.

Turkey’s political trajectory shows the world the fragility of democracy. It is a delicate ecosystem of checks and balances that needs a free media and a conscious civil society to survive. The A.K.P. elite under President Erdogan wrongfully assume that having the majority in the ballot box gives them the legitimacy and the power to do whatever they please. It doesn’t. The vote is just one of the components for a democracy to function properly. Democracy also requires separation of powers, rule of law, a free press and academic freedom, among other things. All of these components have been broken in Turkey.

As nationalism, Islamism and authoritarianism have increased in Turkey, so has sexism. Turkey ranks 130th out of 144 countries in the Global Gender Gap Report issued by the World Economic Forum. And sexual harassment is rife. Recently the A.K.P. tried to pass a law that would make it possible for rapists to avoid punishment if they married their victims. After women protested, the bill was withdrawn.

The feeling among Turkey’s progressives is that our lifestyle is under siege and secularism is being systematically chipped away. More than one million students have been enrolled in imam-hatip schools — vocational schools designed to train imams and provide a thoroughly religious education — up from 71,000 in 2002.

Turkey is becoming more religious, more paranoid and more inward-looking. We have become a nation where teachers can be detained for no reason, singing songs can be banned and intellectuals and writers can be accused of sending subliminal messages to society. Nobody feels secure or knows how things can get better, or if they ever will. The demise of Turkey’s shaky democracy shows us that history doesn’t necessarily move forward. Sometimes it goes backward.