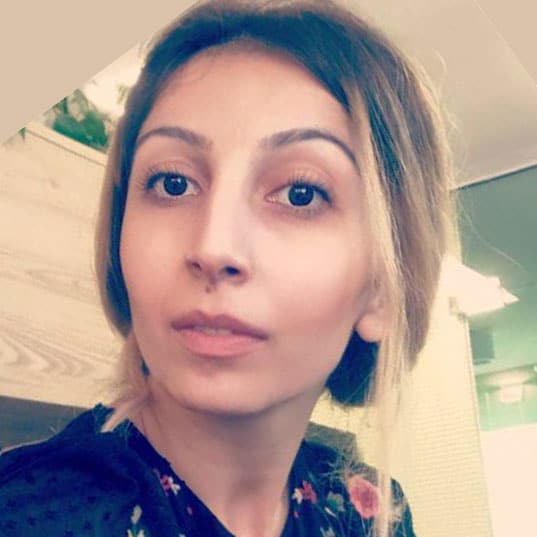 Analyst for the Regional Studies Center, an independent think tank based in Yerevan, Armenia. 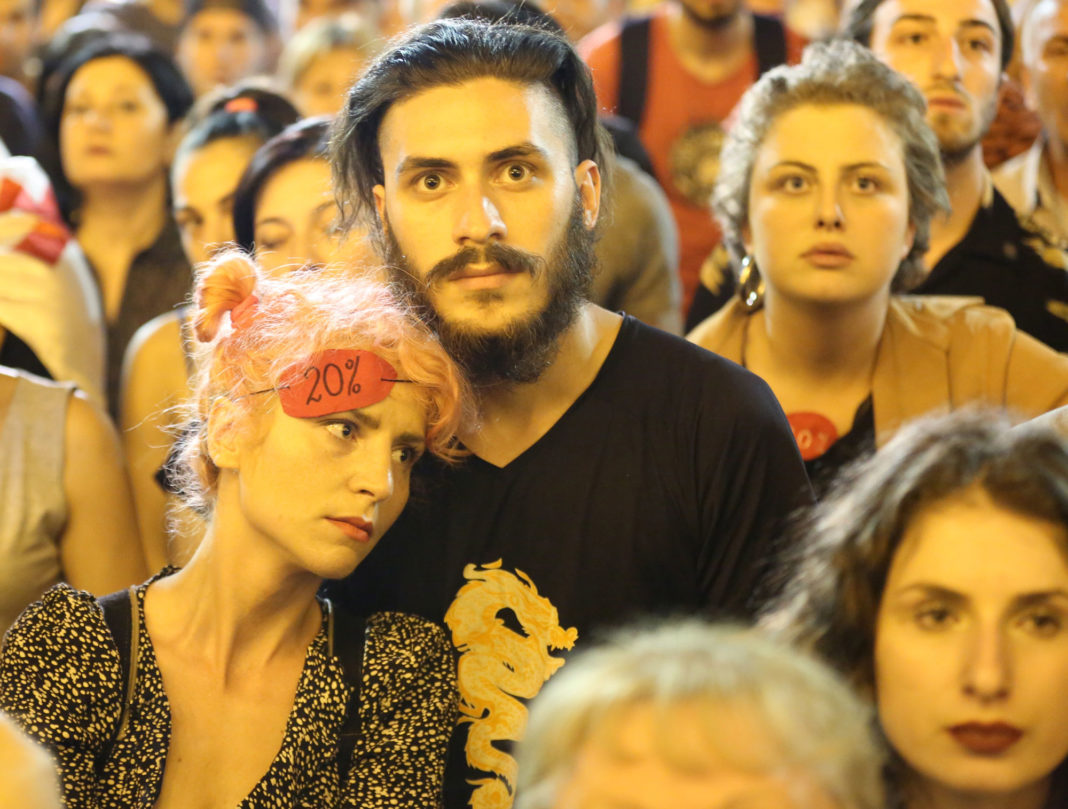 State and public misconduct, as well as short term reaction-based policies, are the result of an insufficient Soviet-style education and a lack of knowledge about data and a research-based approach to policymaking. This has, in its turn, led to irrational and short-sighted decision making in nearly all of the countries that were once republics within the Soviet Union.

The question must then be asked as to why, nearly three decades after the Soviet era came to an end, Soviet thinking and behaviour are still prevalent. Moreover, they are have now undergone a sort of modernisation and mutation over the last several years.

The specially designed and largely unnoticed “public projects” are inserted into the  ideology, which is deeply rooted and structured in the KGB style,  but masked by a Western-like façade of soft power technics through the use of an army of media trolls, bots, cyber-bots, and thousands of fake accounts.

In this case, what is even more significant to consider is the role of education and knowledge as vital tools for combating and fighting the aforementioned new generation threats due to the fact that they are becoming a matter of national security and turning into a major public menace. This is most pronounced in societies that bear the most scars from the legacy of Soviet psychology and are vulnerable, like a child, to being easily influenced and overly emotional when reacting to new or unknown information.

The societies of Georgia and Armenia have both experienced revolutions since the Soviet Union collapsed at the end of 1991. With the political revolutions, however, an equally important transformation of the societies’ morals and ideologies has also been needed.

Georgia has received a lot of help from abroad, mainly the United States and European Union, to help bring about these changes. More importantly, those that played a key role in Georgia’s 2003 Rose Revolution were ready to implement radical policy changes. Whether they were right or wrong, succeeded or failed, can be left for a public debate. What is important to note, however,  is that their ideology of change was the driving force behind their actions.

The on-the-ground changes that Georgia has gone through over the last 15-plus years is to transform the mindset of the youth. They have shed most of the old Soviet mentality and will never go back. I recently had had the opportunity to work with more than 400 of theses non-partisan young minds during the “New Leaders Initiative” in Georgia’s capital Tbilisi. That group of Georgia’s youth have fundamentally overcome the classic apathetic Soviet way of “step aside, don’t get involved” and “who you are to change anything?”

It is my firm belief that this is a fundamental change, a monumental shift in a post-totalitarian society’s mindset.

Armenia has also experienced its own Velvet Revolution in 2018, which was part of my own personal 10-year struggle that included brutal street beatings as a young activist and a “KGB is watching you” experience during my university years. Eventually, we won and we were finally able to get rid of the post-Soviet oppressive and oligarchic elites, but now it’s time to bring about real change.

The importance of radical change in the education system and improving the public’s knowledge in the post-Soviet space must be number the one priority for those who hold power for any period of time.

The road that leads to decisive changes may seem harsh and could demand additional expensed by the state, but establishing data and research-based, institutionalised government and public entities are the most vital steps that Armenia’s revolutionaries must carry out.

Countries like Georgia and Armenia have been under Soviet rule and subjected to policymakers’ Stalinist for too long and slow incremental moves will either leave these countries behind, but hasty moves could create a platform for those people who felt comfortable under the Kremlin’s brand of totalitarianism to take revenge against the reformers. Even if they are not successful in their effort to fully stymie the positive changes, they are still able to harm society with a combination of hatred, obstruction, and neo-Sovietism.

In the Caucasus, both Russia and Turkey have in the past used their backing of separatism and separatist movements whenever they saw an opening to destabilise the situation or if they sensed that the political tide was not moving in a direction that was favourable to their own self interests. When those circumstances did occur, they would usually resort to using their substantial hard power in the region and generally never bothered to think of how much more effective soft power could be in these situations. Now they have learned their lesson and have studied the demands of the Millennial generation and, as a result, the two are now better equipped to reach out and appeal to the younger elements of society that would normally be in favour of a reform movement.

This means that data and research-based policies, as well as education, need to be part of a close cooperation between the countries’ more successful elements societies so that their social and state institutions can implement the key steps that need to be taken in order block outside interference.

An example using this sort of matrix would involve a situation where Finland would be asked to exchange educational reforms with the corresponding ministries of other EU members; most likely the Finnish government would not refuse. A country like Luxembourg would also rarely reject a request from a fellow member of the European Union to share its experience on how to bolster their data protection and security systems in order to conduct sustainable policies that are their critical to their overall infrastructure. For its part, Brussels would not see any problem in opening up EU-wide programmes that support vocational education and labour market development for young people.

Media literacy is another matter of concern in these countries specifically because post-Soviet societies are prone to being inundated by propaganda and influenced by disinformation campaigns and fake news.

Facebook’s vice-president for advertising, Rob Godsman, reiterated this point recently when he said that “Disinformation is ineffective against a well-educated citizenry. Finland, Sweden, and the Netherlands have all taught digital literacy and critical thinking about disinformation to great effect.”

If the West has not lost its hope in spreading a democratic mindset amongst the peoples of the post-Soviet space, and if it still aims to build a stronger and deeper partnership with those countries, it does not want to let disinformation and the malignant practices of the region’s more malevolent players pass for normality.

Instead, it is high time to allow for the creation of opportunities to tap into the potential that the young people of former Soviet republics can offer, because they exude the type of optimism, curiosity, and a desire to look to the West that could help maximise the effort that is needed to help transform these societies.

Professional support from the West must, of course, focus on improving the governing systems that are in place but should also serve as a tool to shine a spotlight on those that are utterly incapable of or who abuse the much-needed international financial investments and aid support that the countries need and receive. These unscrupulous individuals have time and again wasted or stolen this money and have put their countries in a precarious position because both foreign both investors and donors have threated to cut their funding after they became aware that their cash was being misused of stolen.

Failing to carry out these radical changes will be fatal for countries like Georgia and Armenia. As we have seen in recent years, wars in the 21st century are not just on the battlefield, but are also being waged in cyberspace. This fact proves that we cannot afford to fail to realise that quality teaching is the key and that cosmetic improvements will not change the rotten systems that have so burdened our countries for almost 30 years.

In the societies that we grew up in, the teacher-centric, Soviet-style way of even learning the alphabet has to be immediately replaced by a collaborative and research-based method of critical thinking and creativity to help rid ourselves of a still-prevalent  inability to express what we think, which was the common way of thinking in the Soviet era.  I strongly believe that those in power, especially those who have a popular mandate, have the duty to “impose” radical policies of change onto the sort of institutions and societies that are in need of an overhaul in order to guarantee their survival.  Those in power, however, need to show to their respective citizens successful examples of change and possess the right data and carried out the necessary research that  proves, without a reasonable doubt, that radical positive change can be effective.

More knowledge and a new way of thinking makes it clear to those in power that if they do not follow through on initiating the deep changes that are needed, then society will have the tools it needs to transform through a grassroots effort.