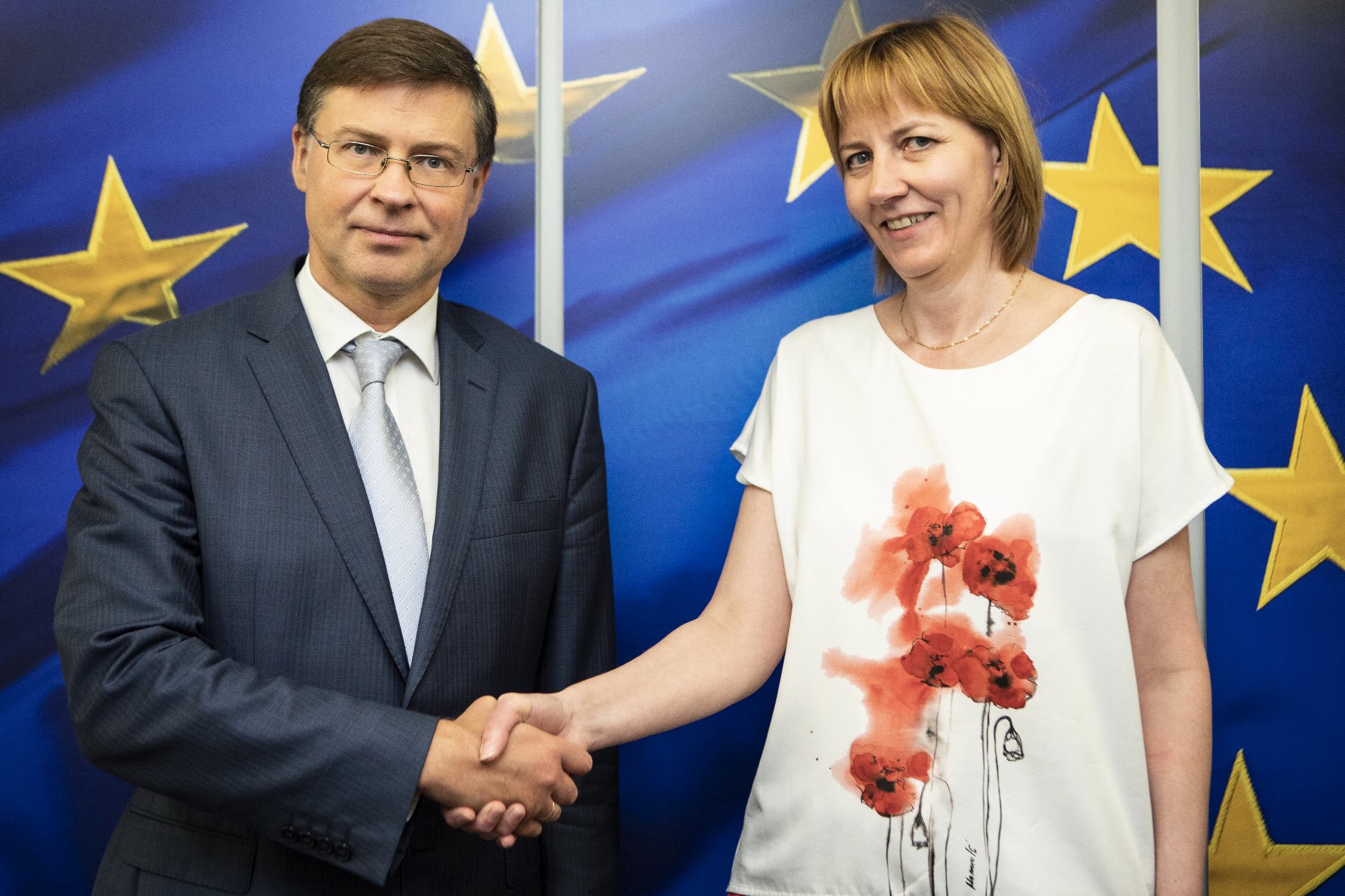 Latvia’s former permanent representative to the European Union, Ilze Juhansone, has been named interim Secretary-General of the European Commission, following the departure of Martin Selmayr, a close all of outgoing Commission President Jean-Claude Juncker, from the bloc’s top administrative post.

Previously, Juhansone served as a Deputy Secretary-General of the Commission, and will now step in to replace Selmayr, who resigned from the post earlier this month after the European Council tapped Germany’s former defence minister, Ursula von der Leyen, to replace Juncker in the EU’s top post.

“I am very pleased with today’s decision by the European Commission to entrust the task of Secretary-General to Ilze Juhansone. This is one of the highest civil servant positions in the EU, leading to a very high level of professional appreciation. Congratulations and good luck. Let’s work together!” tweeted the European Commission’s Latvian-born vice-president, Valdis Dombrovskis.

The most credible long-term successor for Selmayr is the current Director-General of the Financial Stability, Financial Services, and Capital Markets Union Olivier Guersent.

Juhansone has been serving as a Deputy Secretary-General for Selmayr in 2015. She was Latvia’s ambassador and served in her country’s with foreign ministry as well as Deputy Secretary of State and Head of the EU Directorate.