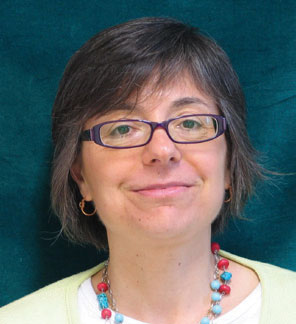 Is our infrastructure safe? In the aftermath of the collapse of the Morandi Bridge in Genoa, this is the question on everybody’s mind. Of course, we could argue that disasters like this are one-offs, and even believe that they may be peculiar to Italy – a country where infrastructure projects are often fertile ground for corruption. But we would only be fooling ourselves.

In Western Europe and the United States, bridges, roads, and railways built in the 1950s and 1960s during the post-war reconstruction and economic boom are now old, obsolete, and overused. Does any developed economy have a long-term strategy to manage its essential infrastructure? Are risks being correctly assessed and mitigated? What are the trade-offs between maintaining and replacing infrastructure approaching the end of its life? And how can citizens influence the public debate about who should pay for infrastructure and where it should be built?

Italy and other advanced economies need policies that strategically and sustainably connect infrastructure plans that local and central governments have produced over the years. They need to assess the resources and assets that will be required in the years ahead. And they should highlight the social value, rather than only the immediate financial returns, of essential infrastructure.

Upgrading trains and railway networks, for example, create efficiencies in terms of both commuting time and environmental impact, with positive effects on many communities. For this, the public debate should be shifted: from short-term to long-term impact and from individual to collective value.

When construction of the Morandi Bridge began in 1963, governments were actively involved in infrastructure investment and in managing – and owning – key public utilities. Tax revenues funded building and maintenance, while the private sector was involved at some point in the construction phase. There was even scope for financial innovation.

The first-ever Eurobond was issued in 1963 by Autostrade, Italy’s motorway network and the company now implicated in the collapse of the Morandi Bridge. In those years, the Italian economy was expanding, in real terms, at an annual rate of 5.3%, on average, and infrastructure investment made a significant contribution to GDP growth. Genoa was a major industrial city, with steelworks and shipbuilding, and one of Europe’s main ports.

Then, when demand-management policies went out of fashion, so did the government’s role in long-term infrastructure planning and market coordination. Given the fiscal excesses of the 1970s and the need to control public spending, the alleged neutrality of the market was preferred to government intervention as a mechanism to allocate taxpayers’ money. With the growing public debt (at approximately 132% of GDP, Italy’s sovereign debt is one of the world’s largest) leading to an embrace of neoliberalism, the result was the privatization of many infrastructure projects.

While the allocation mechanisms have improved, putting most infrastructure in private hands has made it more difficult to plan for the very long term – a half-century and longer – and to assume the risks intrinsic to large projects. Private investors’ shorter time horizon relative to the public sector has given rise to the “curse of good enough,” with incentives skewed toward maintaining rather than replacing and upgrading infrastructure.

A modern infrastructure policy will have to address two critical questions. The first is who will pay for infrastructure construction. Financing by the central government through tax revenues might be unfair to those who never use such infrastructure, or do not directly benefit from it because they live in other areas. In that case, should the local authority pick up the cost, or should projects be financed through public-private partnerships, with tolls charged to users? Each solution requires a careful assessment of trade-offs and public-policy priorities.

The second question concerns where to build new infrastructure. The alternative to the overused Morandi Bridge involves the construction of a new road link around Genoa’s north edge. For years, local residents and politicians – including members of the ruling Five Star Movement – have opposed this plan.

The Morandi Bridge was inaugurated in 1967 with great pomp by Italy’s president. Back then, political capital was built around such projects – and not only because of patronage and corruption. Nowadays, modern democracies seem stuck around the trade-off between collective benefits from infrastructure and individual rights, and large projects are often the kiss of death for a politician’s career.

“Not in my backyard” epitomizes local residents’ demand not to be subjected to the disruptions such projects inevitably entail. But these demands have resulted in many infrastructure projects – such as the third runway at Heathrow or the high-speed railway between Turin and Lyon – being postponed for years. Thus, for the public sector, too, the default mode has been to maintain old infrastructure as long as possible.

High-quality infrastructure is essential to economic sustainability and prosperity. Without healthy public debate that focuses on projects’ costs and benefits, on collective responsibilities and individual rights, and on the trade-offs that the different choices imply, infrastructure hits the headline only when disasters strike, triggering a cascade of accusations, recrimination, and political opportunism. With the can continuing to be kicked down the road while existing infrastructure approaches its expiration date, we can expect many more such headlines in the not-too-distant future.